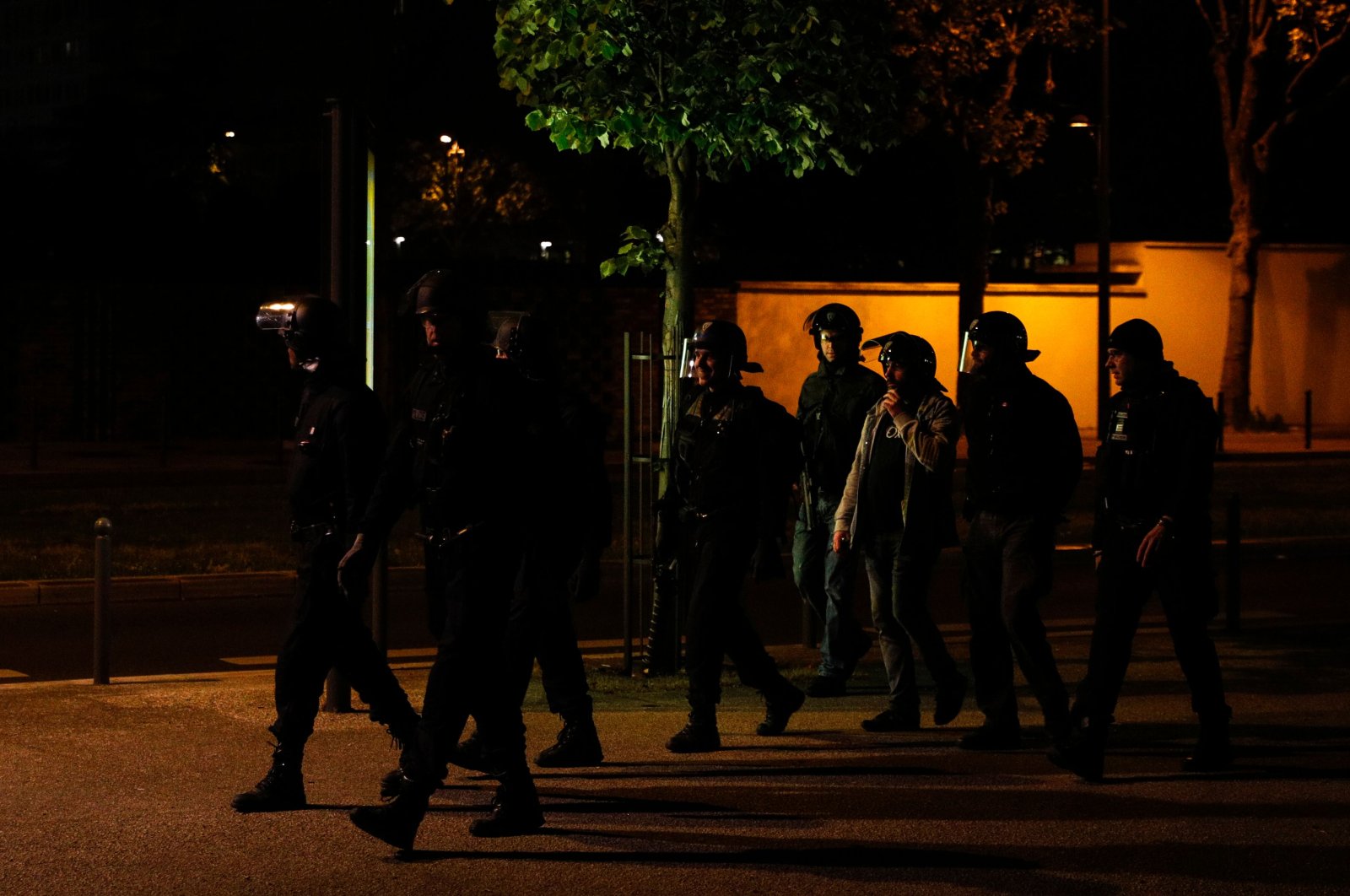 Lockdown protesters broke out in the Parisian suburb of Villeneuve-la-Garenne in the early hours of Monday morning due to indignation at the police's "heavy-handed" treatment against ethnic minorities after Macron extended social distancing rules until May 11 amid the coronavirus outbreak.

After riots have broken out in Villeneuve-la-Garenne, northern Paris, armed police used tear gas and baton charges to stop angry citizens. Protesters have fired fireworks at buildings and into police officers.

French journalist Taha Bouhafs, who has Algerian background, shared a video in social media that shows him being manhandled by police – leading to allegations of racism.

Videos also showed bins blazing and filling the air with smoke as armed police moved into the area and tear as canisters being fired by the police.

The event has happened after a 30-year-old was critically injured in the neighborhood in a collision with an unmarked police car.

Victim’s friends claimed that the incident that happened Saturday night is a perfect example of police’s "heavy-handed" treatment against ethnic minority communities during the quarantine.

According to the Daily Mail, a source close to the case said that the very badly injured man comes from an Arab Muslim background.

"He is critical in hospital, and people in the area have reacted very badly to what has happened," the source said.

On the other hand, a local police spokesman said that police and their reinforcements have been the "target of rioters, who have thrown stones and fireworks."

"The violence started in Villeneuve-la-Garenne and has spread to other towns and estates nearby," he said.

Last week another act of violence has appeared in the south of France, where officers were facing criminal charges after a father of three, who was from an Arab background died during the police arrest for breaching the coronavirus lockdown.

According to the prosecutors in Beziers, three officers dragged Mohamed Gabsi, 33, along the ground during a curfew. After the incident that was videotaped officers are suspected of "intentional violence by a public official leading to manslaughter" and "nonassistance of a person in danger."

The victim who was a Muslim had a heart attack before he arrived at a local police station. It was detected that two of the officers were sitting on top of him in their patrol car during the arrest.

This suspicious death alongside many others creates conclusions about police racism across France.

France’s Human Rights League spokesman expressed his concerns related to the issue and said this event is a "scandal that shows how the poor are being killed" by the lockdown.

However, Prime Minister Edouard Philippe during the press conference on Monday described lockdown measures as "working."

"It is likely that we are not going to see an end to confinement that would happen in one move everywhere and for everyone," Philippe said.

The country has been in lockdown from March 17, and this will continue until at least May 11.

France’s daily death toll from the virus fell to the lowest level in three weeks on Monday as 395 deaths were recorded, bringing the total to 19,718.