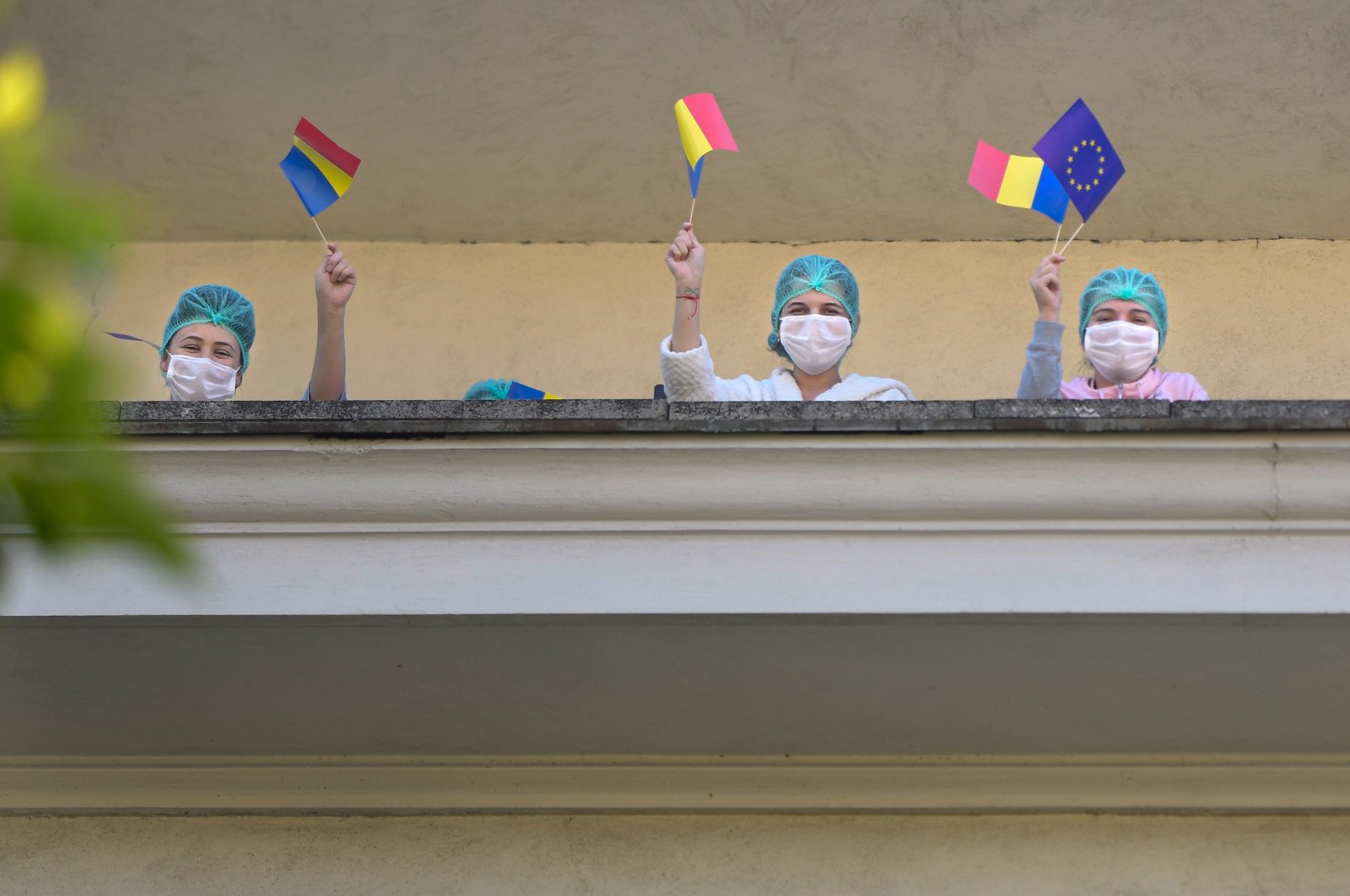 Medical staff of the Polizu maternity hospital hold European Union and Romanian flags while listening to a violinist playing to entertain them and the patients in Bucharest, Romania, Tuesday, April 28, 2020. (AP Photo)
by REUTERS Jul 21, 2020 10:20 am
RECOMMENDED

A legislative void that enabled thousands of Romanians infected with the new coronavirus to walk out of hospitals or not be treated at all ends Tuesday as a new law comes into effect.

The European Union state has reported a spike in COVID-19 infections this month and a record high daily levels since the pandemic started in the country in February.

Until this month, the government through a series of cabinet decrees has managed the outbreak by hospitalizing those who were infected and by quarantining or home-isolating people who might have been exposed.

But on July 2, the country's Constitutional Court ruled that Romania could not enforce mandatory quarantine or hospitalized care based on government decrees and that such containment measures could only be taken through a parliamentary law.

A new law fast-tracked in parliament comes into effect on Tuesday and covers the legislative void.

"From tomorrow we have a law, we can hospitalize, we can isolate," Health Minister Nelu Tataru told private television station Digi 24 late Monday. "If we enforce these levers we can reduce the number of infections."

Tataru added Romania could see a spike to over 1,000 new daily cases in the following days and that the government could decide to quarantine specific outbreaks in companies or neighborhoods going forward.

Some 972 people who tested positive for COVID-19 were released from the hospital at their request against medical advice between July 2-20, data released late Monday showed. Roughly 3,680 infected people were not hospitalized at all.

The government has yet to estimate the impact of the legislative void on the growing number of infections, Prime Minister Ludovic Orban said.