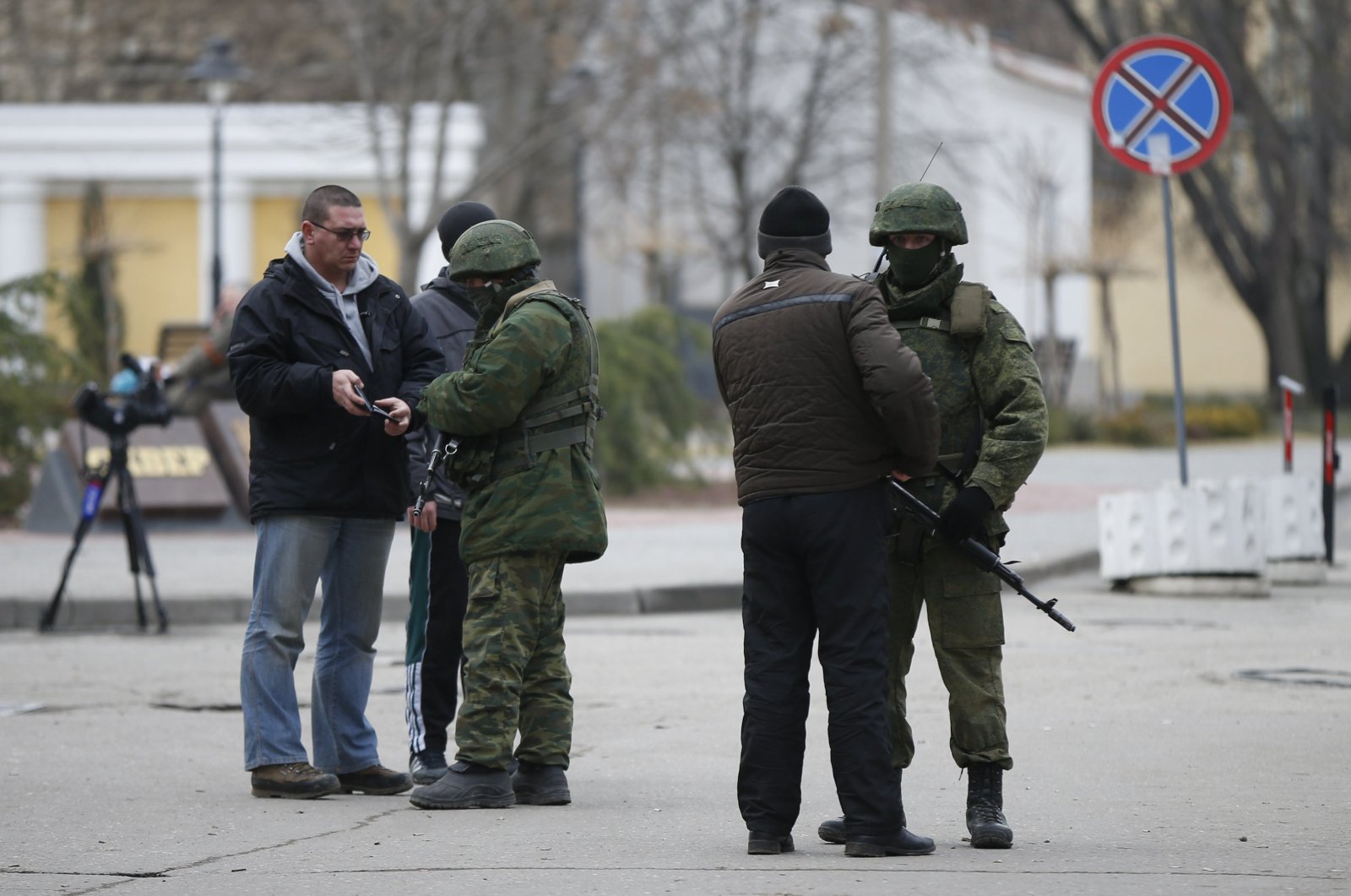 Russia's Federal Security Service (FSB) on Tuesday accused Ukrainian military intelligence of organizing an attack on a gas pipeline in Russian-annexed Crimea, while critics say that Moscow is using the incident to justify the recent illegal detention of a Crimean Tatar leader.

The FSB said the Main Directorate of Intelligence of the Ministry of Defense of Ukraine (GUR MOU) and the Mejlis, the outlawed representative body of the Crimean Tatars, had conspired to blow up a gas pipeline on Aug. 23 outside the city of Simferopol. Mykola Krasnyi, a spokesperson for Ukraine's military intelligence, denied any involvement in the pipeline incident.

On Monday, a court in Crimea ordered Nariman Dzhelial, the ex-deputy chairperson of the Mejlis, to be held in custody for two months over the pipeline incident. The FSB said in a statement that the perpetrators had been promised a payment of around $2,000 by Ukraine's military intelligence.

"It has been established the sabotage was organized by a branch of the Ukrainian Defense Ministry's Main Intelligence Directorate in the city of Kherson ... with the participation of the Mejlis," the FSB said. It said it had launched a criminal case into sabotage, an offense that can carry a prison sentence of up to 15 years.

Earlier on Sept. 3-4, Russian security forces carried out a series of searches across the occupied peninsula and detained five Crimean Tatars, including Dzhelial. Along with him two others, Asan Akhtemov and Aziz Akhtemov, were charged with participation and complicity in alleged sabotage on a gas pipeline near the village of Perevalnoye near Simferopol.

Commenting to news site "Krym.Realii," Dzhelial's lawyer Nikolai Polozov said that the defense line will not change, following the publication of a video by the FSB with the alleged "confessions" from Aziz and Asan Akhtemov.

“The position on the defense of Nariman Dzhelial's does not change. Yesterday at the trial, Nariman Dzhelial openly said that his persecution is carried out solely for political reasons, for his open, public, sociopolitical position related to not recognizing the occupation associated with the fact that he attended, among other things, the Crimean Platform summit, which caused an absolutely hysterical reaction from the Russian authorities," Polozov said. "Considering his status that he is one of the leaders of the Crimean Tatars, who still remained in Crimea in the eighth year of occupation – it was a matter of time until they got to him,” he added.

According to Polozov, there is no "serious argument" that Dzhelial "was involved or not involved in the sabotage" because "this is all from the realm of fantasy."

“He is being persecuted for being one of the leaders of the Crimean Tatars, who defends the rights of his people in the occupied territory,” Polozov said.

On Monday, Ukrainian Foreign Minister Dmytro Kuleba discussed a new wave of searches and detentions in Crimea with visiting members of the U.S. Congress and urged them to help increase pressure on the Kremlin in order to end repression on the peninsula.

The Crimean Tatars, a predominantly Muslim ethnic minority, mostly opposed Russia's annexation of Crimea from Ukraine in 2014 and came under strong pressure from the Russian authorities afterward. The West and most of the world recognize the Black Sea peninsula as Ukrainian, and Kyiv wants the territory returned. Russia banned the Mejlis in 2016, branding it as an "extremist" body.

After banning the Mejlis, Russia closed the local Crimean Tatar television channel, forced their leader, Mustafa Dzhemilev, into exile and made numerous arrests. Russia denies any political repression in Crimea but has arrested a number of pro-Ukrainian "terrorists" on the peninsula.

Many Crimean Tatars were opposed to the Russian annexation of the peninsula. The United States, an ally of Ukraine, has accused Moscow of targeting the Mejlis and its leadership and called for Dzhelyalov's release. Turkey also voiced concerns over the detentions and called on the Russian authorities to release the detainees.