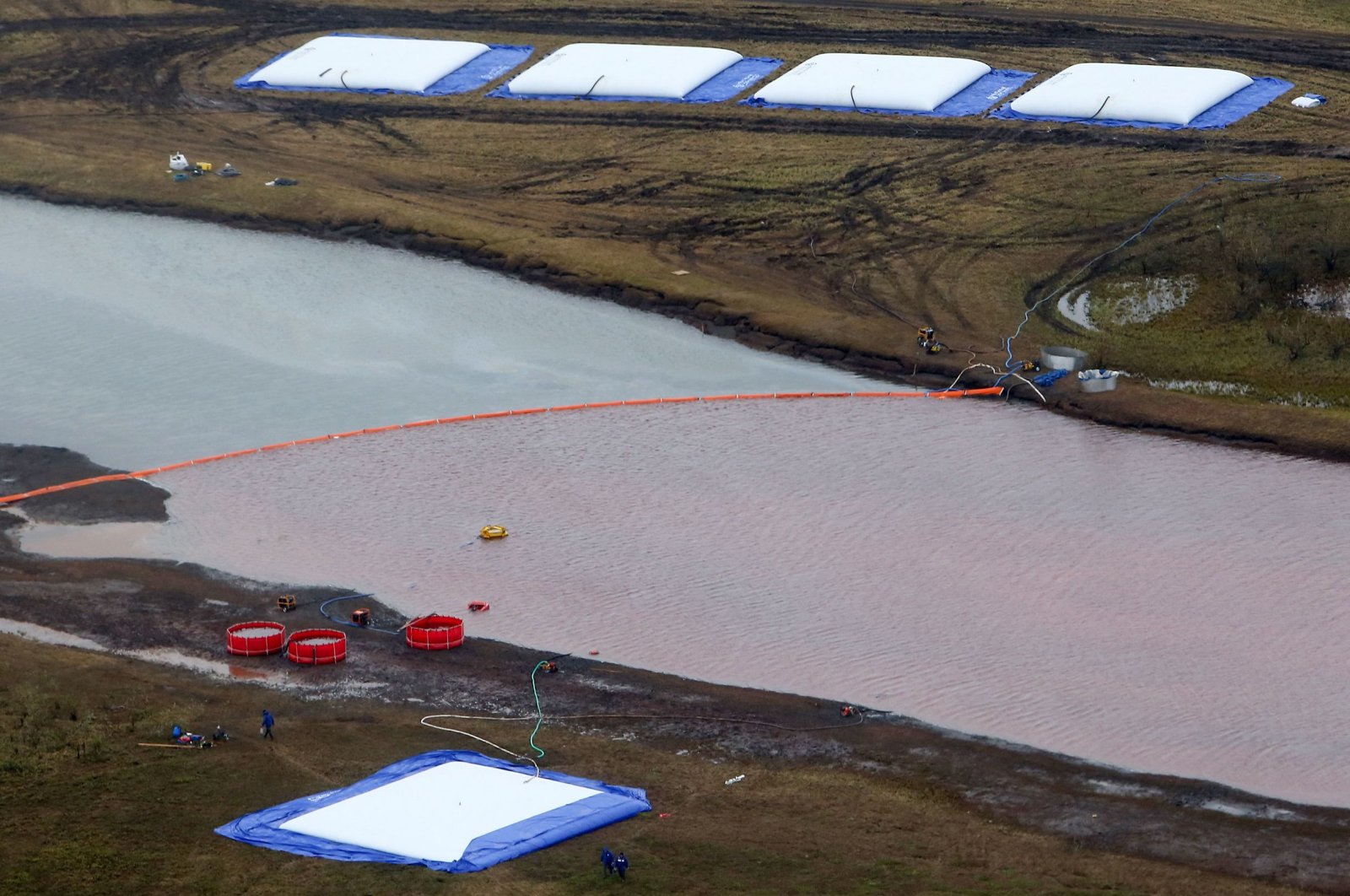 Russia has finished clearing fuel from the surface of a river hit by a massive diesel spill in the Arctic region, but the full clean-up could take years, officials said Wednesday.

After more than 700 people were deployed to clear the pollution, officials said the operation had removed the main spill from the surface of the most-polluted waterway, the Ambarnaya river.

Krasnoyarsk regional governor Alexander Uss said Wednesday the state of national emergency would be lifted from Saturday and regional officials would take charge.

"I imagine it could take years, but this task of completely regenerating the territory is completely doable," he said.

More than 21,000 tons of diesel leaked into soil and rivers after a fuel reservoir collapsed on May 29 at a power plant near the Siberian city of Norilsk.

The accident took place at a power plant owned by a subsidiary of metals giant Norilsk Nickel, which has said the collapse may have been caused by melting permafrost due to climate change.

Greenpeace Russia says it is the first such large-scale spill in the region beyond the Arctic Circle.

President Vladimir Putin declared an emergency situation after the accident and the head of Norilsk Nickel, oligarch Vladimir Potanin, promised to pay the costs of the clean-up.

The operation involved trapping floating diesel with booms on the water surface.

Around 31,000 cubic meters of fuel-polluted water was removed as part of the operation, the emergencies ministry said.

Work is continuing to clean smaller waterways, including with the use of sorbents, materials to soak up fuel along the river banks and remove oil residue from surfaces.

On Tuesday, the heads of Russia's environmental watchdog and natural resources ministry visited the scene.

Natural Resources Minister Dmitry Kobylkin said the clean-up on the Ambarnaya had stopped diesel fuel from flowing into a lake, where it could have spread into other waterways and "the fragile ecosystem would have been destroyed."

Uss said the operation had "managed to minimize the amount of fuel that entered the Lake Pyasino," a crucial water source in the region.

The natural resources minister warned against a repeat of the disaster, saying companies were ignoring official warnings and "infrastructure built 30 or 40 years ago has every chance of repeating this incident."

The cost "is not measured in money," he said.