Russia blocks flights in row over arrest of Belarusian journalist 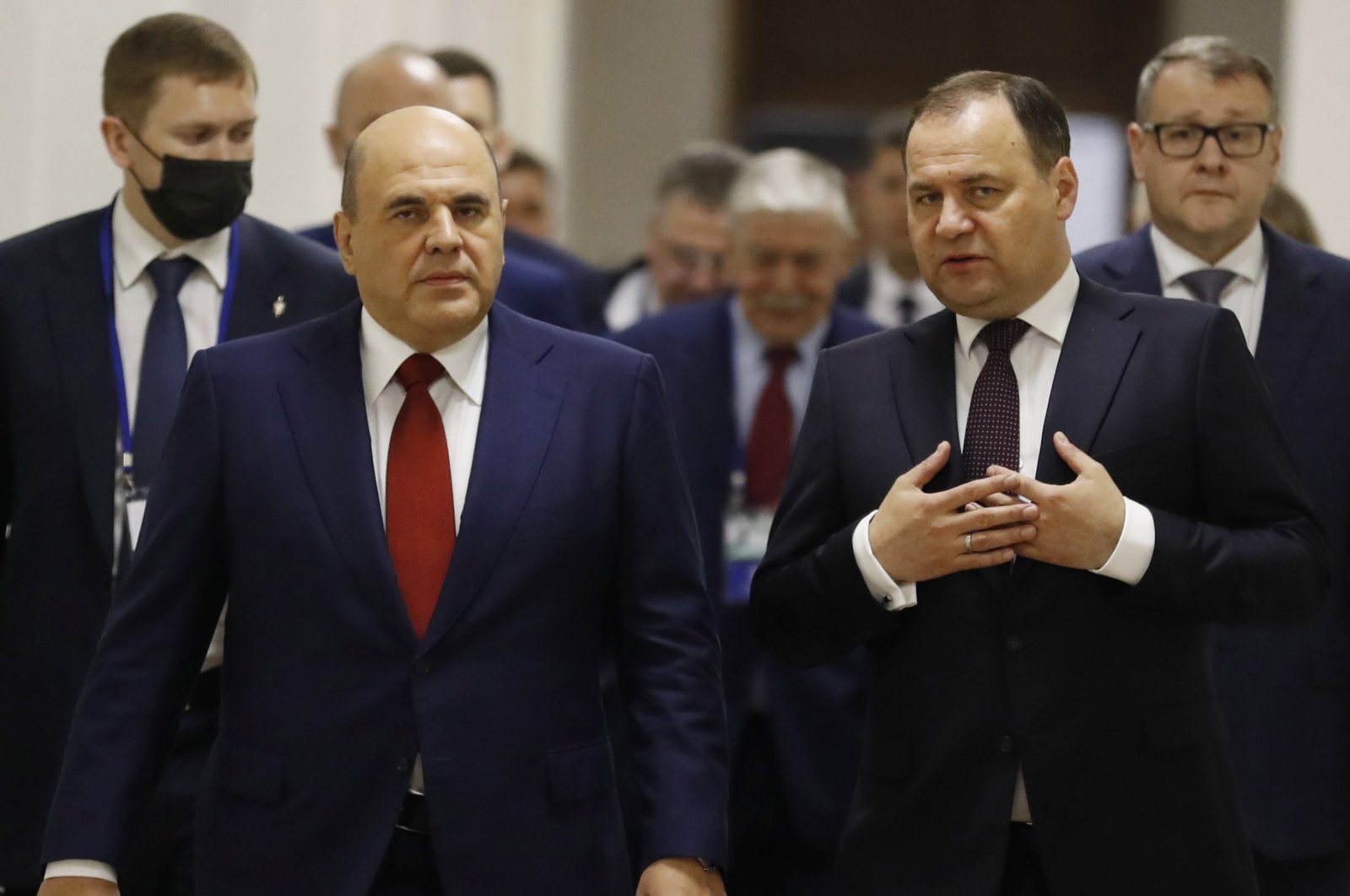 Airlines revealed that Russia has blocked some European flights avoiding Belarus airspace in a standoff over the arrest of a Belarusian journalist.

On Wednesday, an Air France flight from Paris to Moscow had to be canceled after Russian authorities did not approve a route change for it to avoid Belarusian airspace. Austrian Airlines said it had canceled a Vienna-Moscow flight for a similar reason on Thursday, the same day that the parents of Roman Protasevich, the detained journalist, pleaded for international help to get him released.

A nervous-looking Protasevich was last seen in a video released by Belarusian authorities on Monday in which he was seen supposedly admitting to helping to organize mass unrest, a charge that could land him in jail for 15 years.

"I want you to relay our appeal everywhere, throughout the world, to government representatives, to EU countries, to EU leaders, to U.S. leaders: I am appealing, I am begging, help me free my son," his mother Natalia told journalists in Warsaw, visibly moved.

Roman's father, Dmitry, said his son was "a tough man" and "a hero".

"Throughout his life he fought for the truth and passed it on to people, which is why Lukashenko committed this despicable act," he said.

The family and their lawyer confirmed that they have not had any communication with their son since his arrest.

Foreign ministers of the G7 nations on Thursday demanded the "immediate and unconditional release" of Protasevich, "as well as all other journalists and political prisoners held in Belarus" in a joint statement published by the British government.

The EU's foreign policy chief Josep Borrell said Thursday that proposals were "on the table" to target key sectors of the Belarusian economy.

Borrell mooted targeting the potash fertilizer sector or refusing gas being delivered to the bloc via Belarus over the "hijacking" of the plane by the regime.

He was echoed by German Foreign Minister Heiko Mass, who also raised the possibility of hitting key firms in the fertilizer sector and said the EU could curb the Belarusian government's ability to issue bonds in Europe.

But he played down the likelihood of the bloc agreeing quickly to reject gas transiting through pipelines in Belarus, insisting it was "more of a medium and long-term issue.".

The bloc was also looking at "targeted sanctions" against the Belarusian authorities to add to the 88 regime figures and seven companies already on a blacklist over a brutal crackdown on the opposition after last year's disputed presidential election.

At a briefing in Vilnius, where she fled to after last year's election, exiled Belarusian opposition leader Svetlana Tikhanovskaya on Thursday called for an "economic boycott of the regime."

Christophe Deloire, the head of media rights watchdog Reporters Sans Frontieres (Reporters Without Borders) was also in Lithuania to file a legal complaint against Lukashenko with prosecutors investigating Sunday's incident.

Later on Thursday he protested on the Belarusian border along with dozens of Belarusian and Lithuanian journalists.

The UN civil aviation agency was meanwhile due to hold an urgent meeting Thursday to discuss Belarus after Western powers on the U.N. Security Council called on it to investigate Minsk's diversion of the Ryanair flight carrying Protasevich.

The International Civil Aviation Organization (ICAO) Council will meet as the consequences of the incident play out in Europe's airspace.

The ICAO has no power to impose sanctions. But European leaders this week agreed to cut air links with Belarus and told airlines to avoid the country's airspace.

The call at the U.N. for the ICAO investigation echoes an earlier one from NATO. But Russia's support for Minsk means the U.N. Security Council is unlikely to agree on a collective statement.

A defiant Lukashenko said he had "acted lawfully to protect our people" from an alleged bomb threat on the plane, in an address to parliament on Wednesday.

The criticism was nothing more than another attempt by his opponents to undermine his rule, he added.

He and his allies are already under a series of Western sanctions over a brutal crackdown on mass protests that followed his disputed re-election to a sixth term last August.

But he continues to enjoy solid support from Russian President Vladimir Putin, who is hosting the Belarusian leader on Friday.