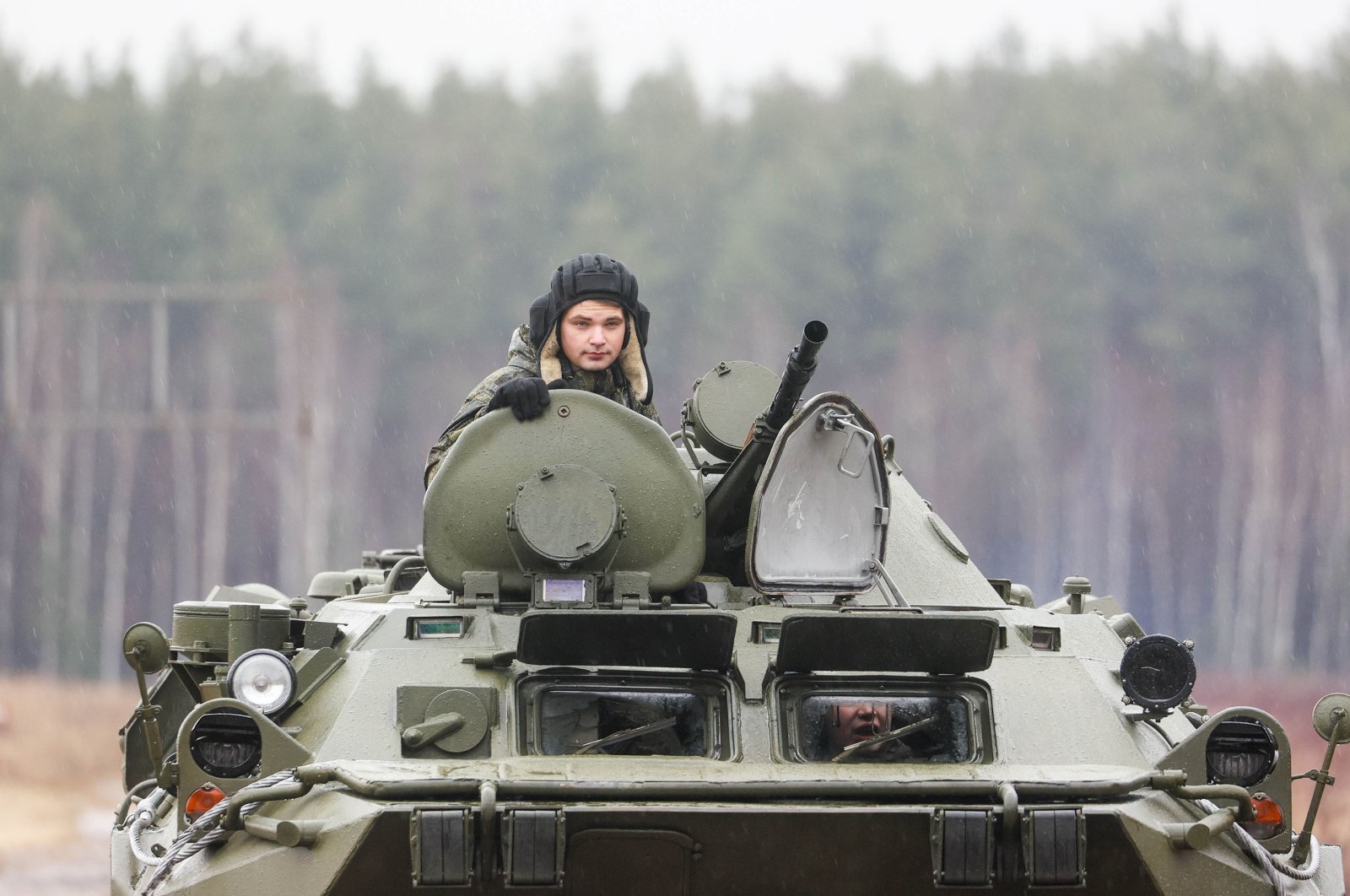 Russia denied allegations Friday that the buildup of Russian troops near Ukraine reflects Moscow's aggressive intentions, saying that Moscow needs to ensure its security in response to alleged NATO threats.

"Russia doesn't threaten anyone,” Peskov said during a conference call with reporters. "The movement of troops on our territory shouldn't be a cause for anyone's concern.”

Ukraine complained last week that Russia has kept tens of thousands of troops not far from their borders after conducting war games in an attempt to exert further pressure on its ex-Soviet neighbor. Russia annexed Ukraine's Crimean Peninsula in 2014 and has supported a separatist insurgency that broke out that year in eastern Ukraine.

The Ukrainian Defense Ministry said that about 90,000 Russian troops are stationed not far from the border and in rebel-controlled areas in Ukraine’s east. It said that units of the Russian 41st army have remained in Yelnya, a Russian town about 260 kilometers (about 160 miles) north of the Ukrainian border.

Blinken said the United States did not know Russia’s intentions but that Moscow’s "playbook” in the past has included inventing alleged provocations along its border to justify military intervention.

Russia has cast its weight behind a separatist insurgency in Ukraine’s east that erupted shortly after Moscow’s 2014 annexation of the Crimean Peninsula and has left more than 14,000 people dead. Russia has repeatedly denied any presence of its troops in eastern Ukraine.

Asked Thursday if Russia planned to invade Ukraine, Russia’s deputy U.N. ambassador, Dmitry Polyansky, replied that it "never planned, never did, and never going to do it unless we’re provoked by Ukraine, or by somebody else.” He cited what he called many threats from Ukraine and allegedly provocative actions by U.S. warships in the Black Sea.

Peskov similarly emphasized Friday that Russia needs to protect its security amid what he described as "increasing provocations” near its borders. He pointed at the U.S. naval deployment to the Black Sea and increasingly frequent U.S. and NATO intelligence flights.

"We take measures to ensure our security when our opponents take defiant action near our borders,” Peskov said. "We can't stay indifferent to that; we must be on our guard.”

The Russian Defense Ministry described the deployment of the U.S. warships USS Mount Whitney and USS Porter, which sailed into the Black Sea last week, as a "threat to regional security and strategic stability.”

"The real goal behind the U.S. activities in the Black Sea region is exploring the theater of operations in case of Kyiv's attempts to settle the conflict in the southeast by force,” the ministry said in a statement.