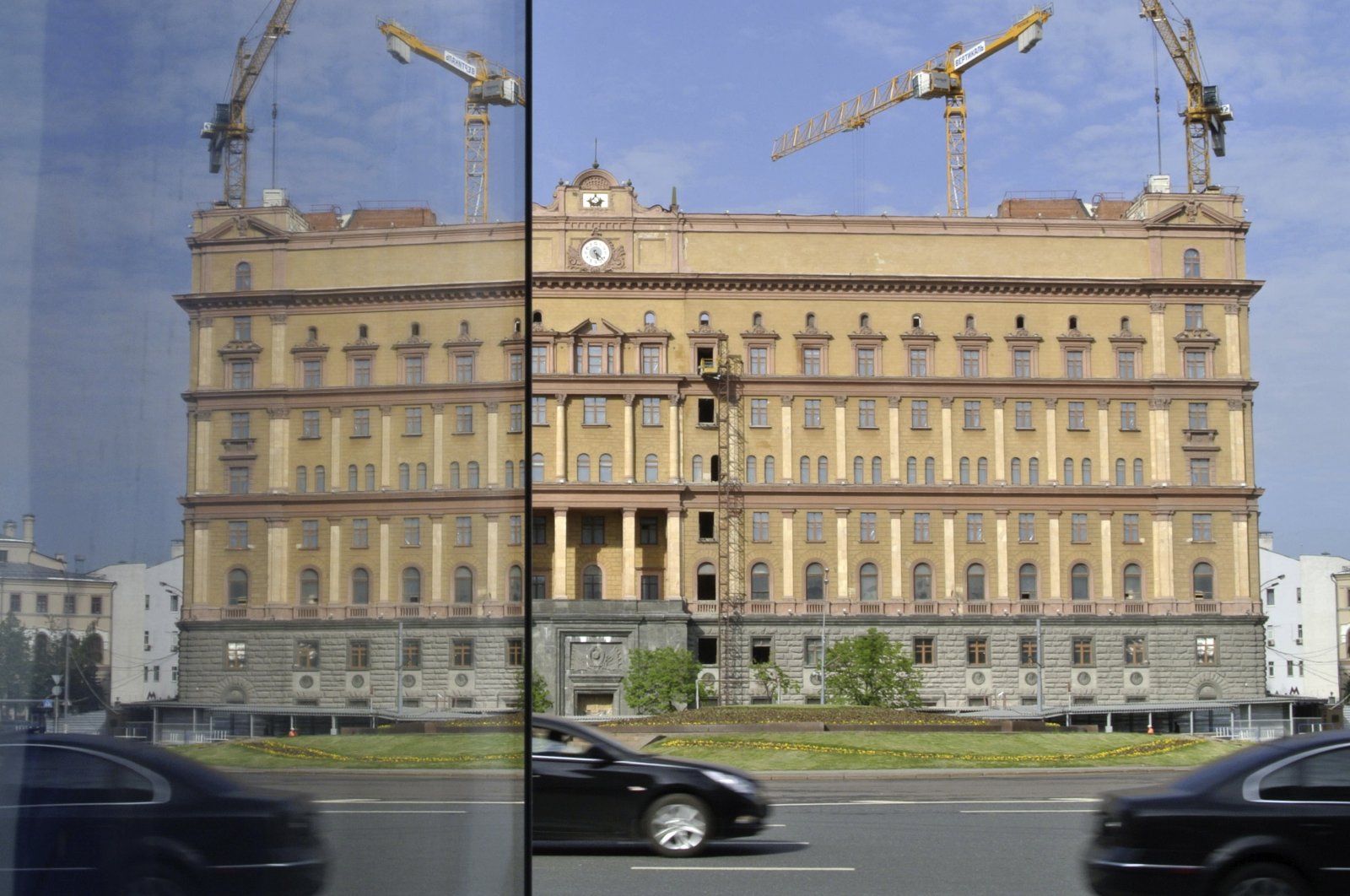 The main building of the Russian Federal Security Services, FSB, reflected in a shop's glass door on Lubyanka Square in Moscow, Russia, May 14, 2013. (AP Photo)
by Agencies Jul 06, 2021 8:28 pm
RECOMMENDED

The agency statement did not give further information about the detention of Consul Mart Latte but said that “such activities are incompatible with the status of a diplomatic worker and are openly hostile to Russia.”

Estonia said the detention was "a set-up" and the accusations against him were "groundless."

"This accusation that he was in possession of classified documents is completely groundless. This is a provocation. The whole incident was a set-up," Estonian Foreign Ministry spokesperson Aari Lemmik told Reuters.

The Baltic states of Estonia, Latvia and Lithuania, which were ruled by Moscow during Soviet times, are EU and NATO members and among the fiercest international critics of Moscow.

Russia and Western countries have engaged in a series of diplomatic expulsions and mutual espionage claims as tensions spiraled since the start of the year.

Moscow in April expelled four diplomats from the Baltic states in a tit-for-tat response to a wave of expulsions of Russian diplomats in central and eastern Europe.

Those expulsions were made in solidarity with the Czech Republic, which expelled 18 Russian diplomats after accusing Moscow's secret services of being behind a fatal explosion at an arms depot in the country's east in 2014.

Recent months have also seen German police arrest a Russian scientist working at a local university for alleged spying on behalf of Moscow, and the arrest of an Italian navy captain caught red-handed by police while selling confidential military documents to a Russian embassy official.