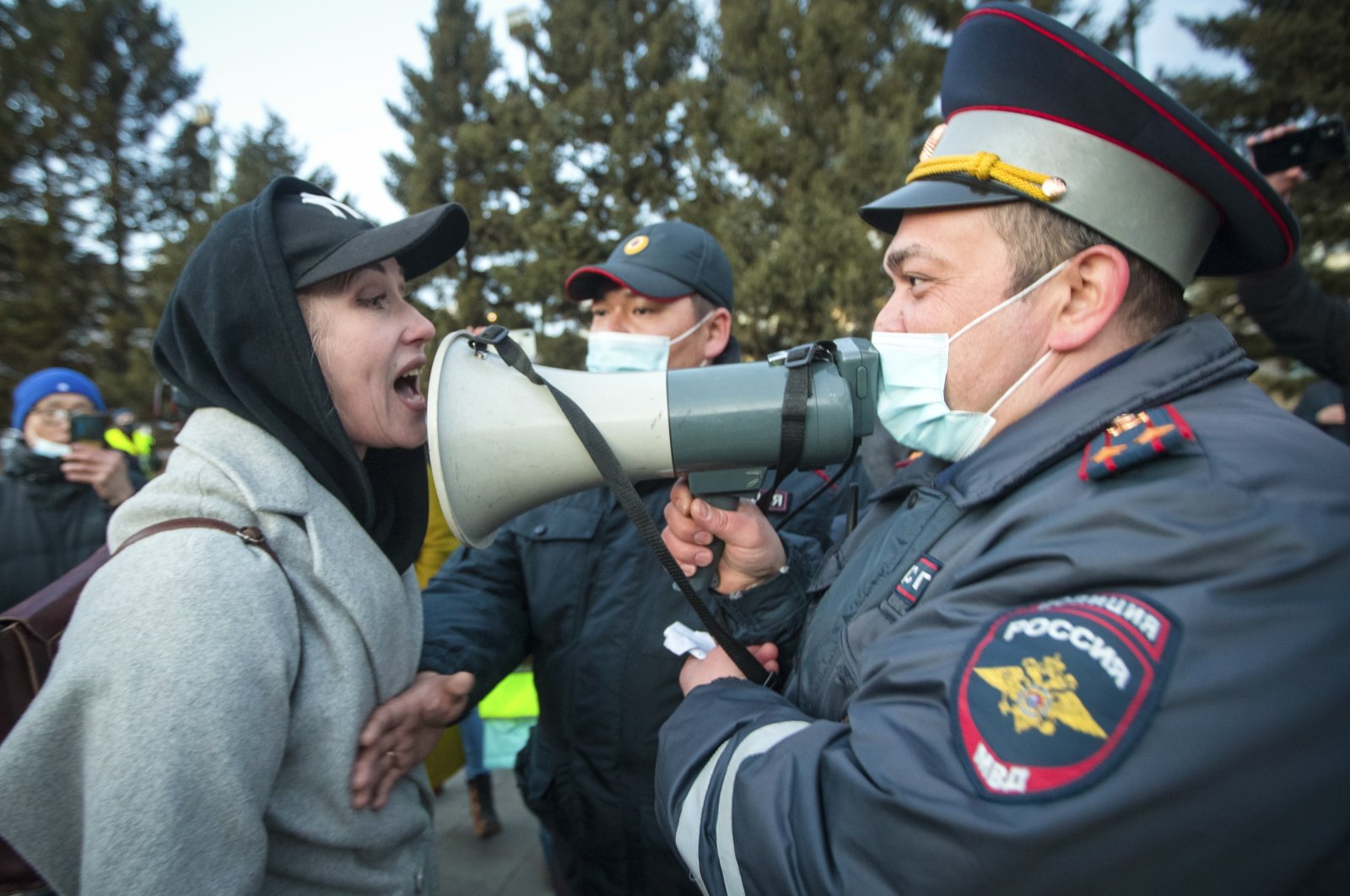 A woman argues with a police officer during a protest in support of jailed opposition leader Alexei Navalny in Ulan-Ude, the regional capital of Buryatia, a region near the Russia-Mongolia border, Russia, April 21, 2021. (AP Photo)
by French Press Agency - AFP
Apr 27, 2021 2:59 pm

FBK director Ivan Zhdanov said on Twitter that the court had banned the group from posting content on the internet, using state media, organizing protests, participating in elections and using bank deposits, while it considers whether to designate the group an extremist organization.

Earlier Tuesday the Moscow city court's press service told reporters a judge had agreed to a "ban on certain activities" for the FBK without clarifying what they were as the case is being heard behind closed doors.

Navalny's organizations are facing an extremist label that would put them on par with the Daesh terror group and al-Qaida, banning their activities in Russia.

On Monday, the Moscow prosecutor's office said it ordered Navalny's nationwide network of regional offices to stop working while the court decided on the request for the designation.

The regional offices said they would stop their operations immediately to protect their employees and supporters.

The FBK routinely releases investigations into alleged graft by officials at all levels of government, often accompanied by YouTube videos.

The 44-year-old opposition figure was arrested in January after returning to Russia from Germany, where he had spent months recovering from a poisoning attack he blames on President Vladimir Putin.

He is serving two-and-a-half years in a penal colony outside of Moscow for violating parole terms on old fraud charges he and his allies say are politically motivated.

Authorities have ratcheted up pressure against his allies since his return to Russia, with many top aides having left the country or been placed under house arrest.