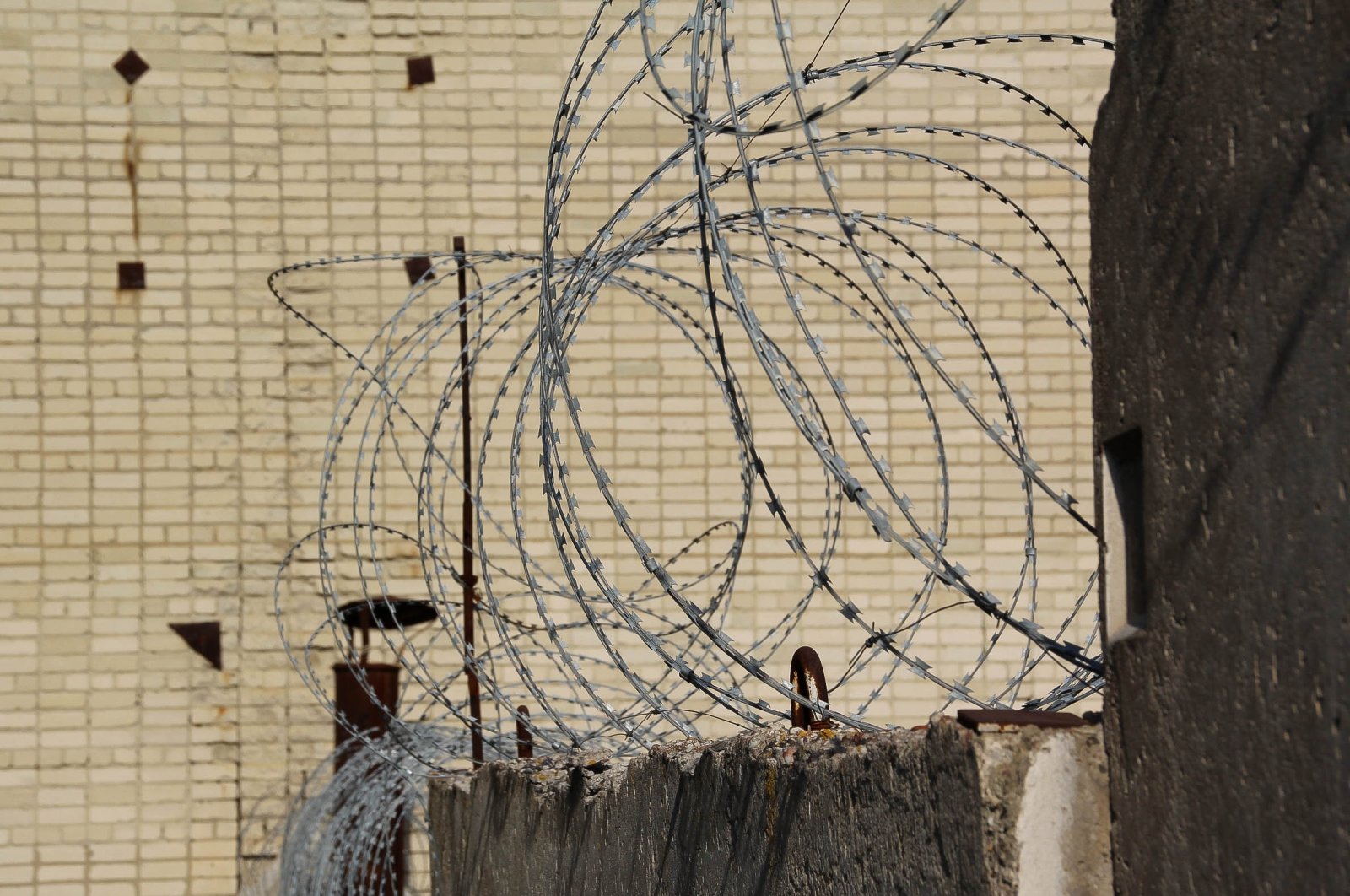 A close view of barbed wire fencing at the Regional Tuberculosis Hospital No 1 under the Russian Federal Penitentiary Service, its staff charged with abusing convicts, Russia, Oct. 6, 2021. (Reuters Photo)
by REUTERS
Oct 06, 2021 5:34 pm

Russia launched a series of criminal investigations into alleged torture and sexual assaults at a jail in the Saratov region and fired five senior prison officials, authorities said Wednesday.

The authorities acted after a prisoner rights group, Gulagu.net, began publishing what it said was graphic video evidence of orchestrated sadism at the prison, located around 700 kilometers (450 miles) southeast of Moscow.

It said it had received a massive leak of documents, photos and videos proving that hundreds of people across the prison system had been tortured and raped by other inmates directed by prison officials.

Vladimir Osechkin, founder of Gulagu.net, told Reuters that the abuses were taking place in many different parts of the country. "A system of torture has been and is still operational," said Osechkin.

"... They (the authorities) are afraid to admit the truth in public, and the truth is awful because the truth is that their special services have been torturing people en masse."

The disturbing nature of the footage and its apparently systemic nature has caught the eye of the Kremlin, which on Tuesday said there were grounds for a serious investigation if the footage was authentic.

Russia's Investigative Committee, which looks into major crimes, said on Wednesday it had opened a slew of inquiries into sexual violence and abuse of authority.

The Federal Penitentiary Service (FSIN) said it had fired five senior prison officials, including the director of the prison where the alleged abuse took place and the head of the regional prison service.

Russian law says inmates must not be treated in a way that is "harsh" or "abases human dignity." If a prison official abuses his position, he can be jailed for up to a decade.