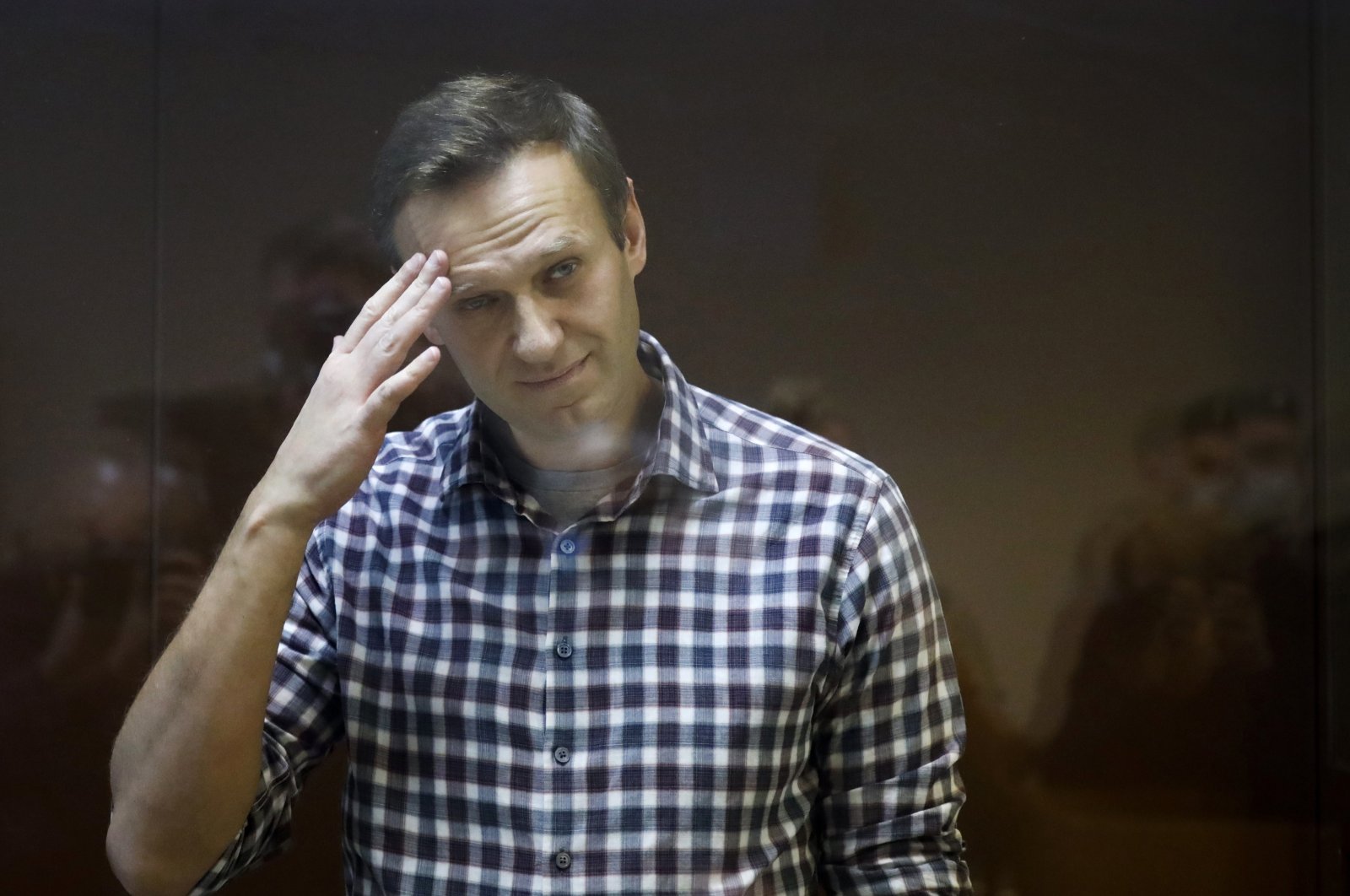 Jailed Kremlin critic Alexei Navalny said he could be locked up in solitary confinement after being accused of numerous minor infractions, and posted the first picture on Monday of himself from prison, a grainy image showing his head had been shaved.

The fate of Navalny, one of President Vladimir Putin's most prominent critics, is in focus after he said on Thursday that being woken up by a guard every hour during the night amounted to torture and that his appeal for treatment for acute back and leg pain had been ignored.

"We fear for the worst. Leaving a patient in this condition ... may lead to severe consequences, including an irreversible, full or partial loss of lower limb functions," the letter said.

Prison authorities, after examining Navalny last week, declared his condition to be stable and satisfactory. The Kremlin on Monday declined to comment on the medics' letter.

Navalny on Monday, via his lawyers and Instagram, posted the first picture of himself from prison. It showed a grainy head and shoulders image of him with a shaven head. Wearing a prison uniform, he was pictured standing in front of a height chart.

In the post, Navalny joked that the soundtrack to his prison stay was "Bad Guy," a worldwide popular hit by American pop singer Billie Eilish.

He said in the same post he had been given six reprimands in the space of two weeks at the IK-2 corrective penal colony 100 kilometers (60 miles) east of Moscow. Two reprimands are technically enough to be sent to a punishment cell, he said.

"It's an unpleasant joke," Navalny wrote. "The conditions there (in solitary) are close to torture."

Minor infractions he was deemed to have committed included getting out of his bed 10 minutes before the official order to do so, refusing exercise and an "idiotic" video lecture, and wearing a T-shirt in a meeting with his lawyers, he said.

The prison did not immediately respond to a request for comment.

Navalny was jailed last month for two and a half years on charges he called politically motivated. He was arrested as he returned to Russia from Germany in January, where he had been recovering from what doctors said was nerve agent poisoning.

The West, including the European Court of Human Rights, has demanded Russia release Navalny. Moscow has called such appeals unacceptable interference in its internal affairs.

Navalny's allies last week announced plans to stage what they hope will be the biggest anti-Kremlin street protest in modern Russian history. As of Monday, just over 355,000 people had registered online to take part. A date has yet to be set.

The authorities have said such protests are illegal.

Meanwhile, a Navalny ally alleged on Monday that police had detained his father in an attempt to pressure him over his opposition activities.

Ivan Zhdanov, head of Navalny's Anti-Corruption Foundation, said that police had detained his retired father in the southern city of Rostov-on-Don for alleged abuse of office after searching his home and questioning him into the night.

"I have no doubts that this criminal case is linked to me and to what I do," said Zhdanov, who is outside Russia and part of a team of anti-Kremlin activists trying to mobilize support for a new protest this spring which the authorities oppose.

Police in Rostov did not immediately respond to a request for comment about the case.

Zhdanov said his father had various health problems and that he doubted the 66-year-old would be able to survive being held in pre-trial detention.