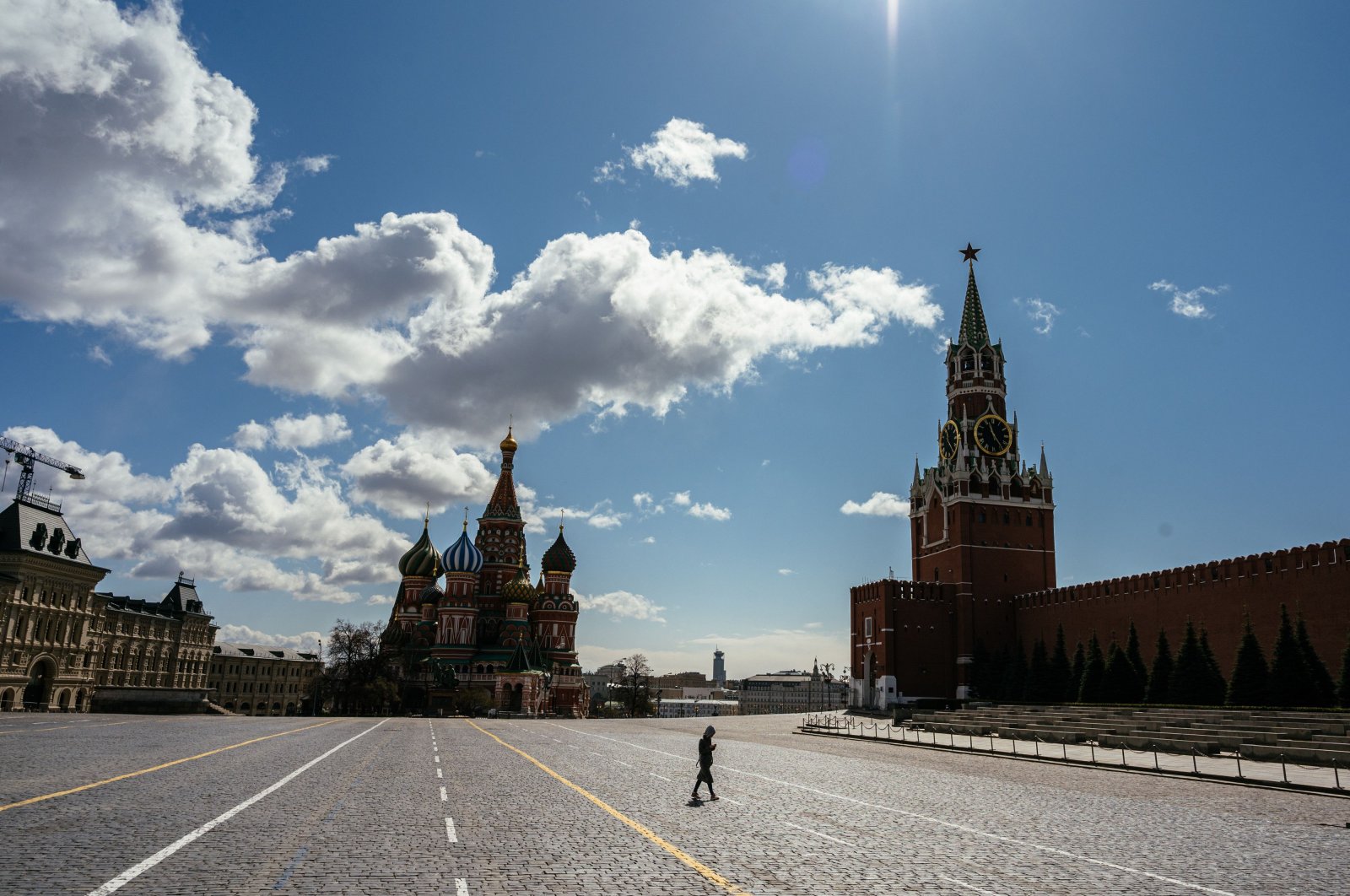 A person walks on the deserted Red Square in front of St. Basil's Cathedral and the Kremlin's Spasskaya Tower in downtown Moscow on April 22, 2020, during a strict lockdown in Russia to stop the spread of the novel coronavirus COVID-19. (AFP Photo)
by French Press Agency - AFP Apr 22, 2020 3:20 pm

The Kremlin on Wednesday confirmed plans to hold a referendum on constitutional amendments that would enable President Vladimir Putin to extend his time in office.

Kremlin spokesman Dmitry Peskov told journalists that the date for the vote will depend on the coronavirus pandemic.

The Kremlin has "certain rough estimates" but "the new timescale will be decided as the situation develops," he said.

The referendum was set to be held on April 22 but postponed due to the growing number of virus cases in Russia.

The proposed changes to Russia's basic law would allow Putin who has been in office either as president or prime minister since 1999 to serve further terms without a break.

Peskov hinted that a decision could be taken next month, saying "we have yet to analyze the virus situation up to the start of May before taking such important decisions."

He said the Kremlin did not rule out holding the vote on a "symbolic date," without elaborating.

In Moscow, which is the epicenter of the epidemic in Russia, billboards on major highways advertise the planned vote, which by Russian law is not a formal referendum.

According to a survey published Wednesday by state pollster VTSIOM, 47% of Russians would definitely take part in a vote.