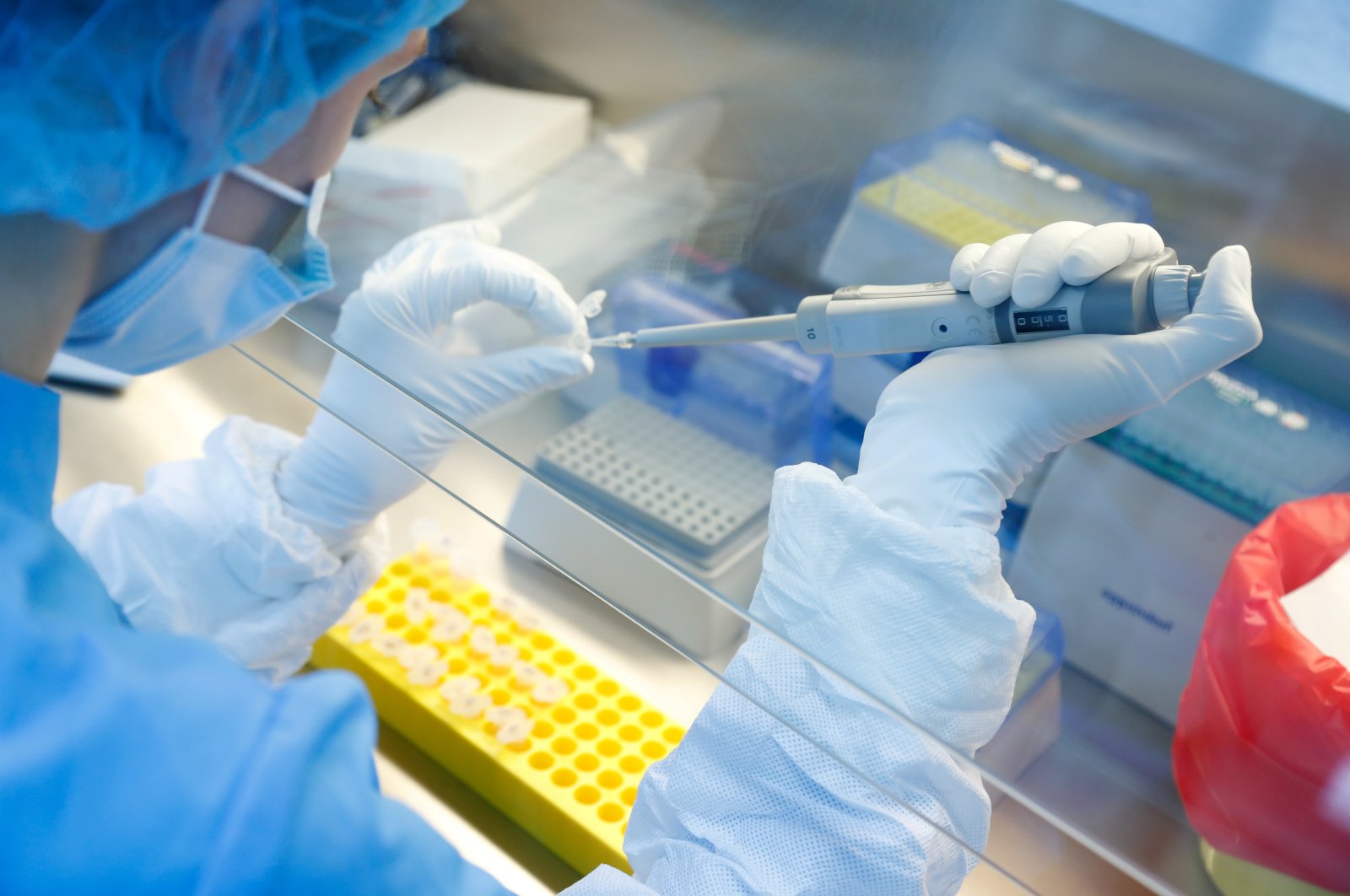 A scientist prepares samples during the research and development of a vaccine against the coronavirus disease at a Biocad Biotechnology Company laboratory in Saint Petersburg, Russia, June 11, 2020. (Reuters Photo)
by REUTERS Aug 01, 2020 12:59 pm
RECOMMENDED

Russia's health minister is preparing a mass vaccination campaign against the coronavirus in October, local news agencies reported on Saturday after a drug completed clinical trials.

Health Minister Mikhail Murashko said the Gamaleya Institute, a state research facility in Moscow, had completed clinical trials of the vaccine and paperwork is being prepared to register it, Interfax news agency said.

He said doctors and teachers would be the first to be vaccinated.

"We plan wider vaccinations for October," Murashko was quoted as saying.

The Gamaleya Institute has been working on an adenovirus-based vaccine.

Yet the speed at which Russia is moving to roll it out has prompted some Western media to question whether Moscow is putting national prestige before science and safety.

The head of the Russian Direct Investment Fund, Kirill Dmitriev, has likened Russia's success in developing a vaccine to the Soviet Union's 1957 launch of Sputnik 1, the world's first satellite.

On Saturday, Russia reported 95 additional deaths from the coronavirus, taking its total to 14,058.Officials reported 5,462 new cases, raising the total to 845,443.

More than 100 possible vaccines are being developed around the world to try to stop the COVID-19 pandemic.

At least four are in final Phase III human trials, according to World Health Organization (WHO) data, including three developed in China and another in the United Kingdom.