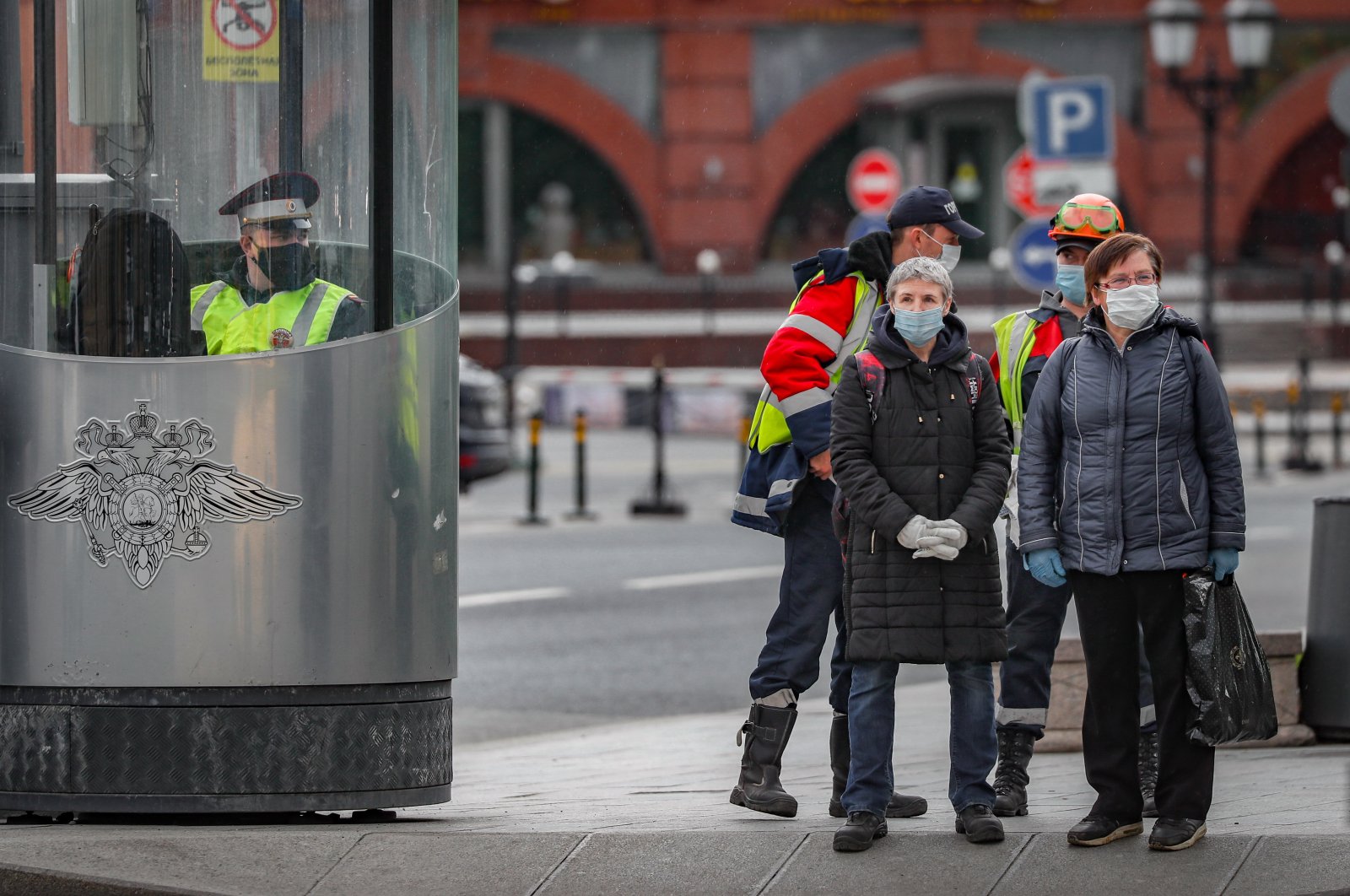 Russia said Monday under 9,000 new coronavirus cases had been recorded for the first time since early May as anti-virus restrictions ease and officials say the situation is stabilizing.

Health officials reported 8,926 new infections in the last 24 hours, bringing the country's total to 290,678, the second-highest in the world after the United States.

It was the lowest number of new virus cases since May 1, when Russia announced 7,933 cases.

Russia's consumer health watchdog chief Anna Popova said this weekend that the growth in new cases was slowing and the country has "moved toward the level of stability that we've all been waiting for."

Health officials also announced 91 new deaths, down from Saturday's figure of 119 that was the highest daily toll yet.

Critics have cast doubt on Russia's low official mortality rate, accusing authorities of underreporting in order to play down the scale of the crisis.

Russian health officials say one of the reasons the count is lower is that only deaths directly caused by the virus are being included.

Deputy Prime Minister Tatiana Golikova over the weekend denied manipulation of numbers, saying hospitals had a financial interest in identifying infections because they are allocated more money to treat coronavirus patients.

Authorities also say that since the virus came later to Russia, there was more time to prepare hospital beds and launch wide-scale testing to slow the spread.

However, Russian President Vladimir Putin said Monday the coronavirus situation in some regions required urgent attention after a top official said hundreds of people in Dagestan might have died from the virus.

"The situation in the Republic of Dagestan is complicated and of course calls for additional and urgent measures," Putin told a meeting in Moscow.

He said the poor North Caucasus region which has the fifth-highest number of coronavirus cases in Russia should receive additional equipment, medicines and tests.

"I want you to know and be assured all of Russia will be with Dagestan now," he said, addressing residents of the region.

According to the most recent official tally released on Monday, Dagestan has reported 3,460 coronavirus cases and just 29 deaths.

However, the local health minister said Saturday that more than 12,600 people were suffering from coronavirus and pneumonia.

Speaking in an interview with a local blogger, Dzhamaludin Gadzhiibragimov added that 657 people had died of pneumonia in the region.

Over 40 medics have died from coronavirus or pneumonia in Dagestan, Gadzhiibragimov added.

Patients with more severe cases of COVID-19 may develop pneumonia, according to the World Health Organization (WHO).

Many medical workers in Dagestan and elsewhere have complained of shortages of protective gear and say medics are dying at a higher rate in Russia than elsewhere.

Russia's Deputy Foreign Sergei Ryabkov said Monday that Russia is working to secure supplies of reciprocal medical aid from the United States to help it combat the coronavirus.

U.S. Secretary of State Mike Pompeo said that Washington was sending Moscow some testing equipment and medical ventilators to help it manage the crisis and that the equipment was "on its way," the Washington Examiner reported Sunday.

Although Russia sent a batch of Russian-made medical ventilators to the U.S. in early April, U.S. officials say they were not needed in the end.

Russian Prime Minister Mikhail Mishustin, who was diagnosed with the coronavirus last month, told a televised government meeting Monday that the situation overall was improving and that many patients were being discharged by hospitals.

"The situation ... remains difficult, but we can nonetheless say we have managed to stop the growth in the infection (rate)," he said at the meeting held by videoconference. "The dynamic is positive, according to the most cautious estimates."

Moscow and Russian regions across 11 time zones are in their eighth and seventh week of a lockdown, respectively, to curb the spread of the coronavirus, but Mishustin said that 27 regions were safe to begin gradually relaxing their restrictions.

He did not specify which regions this applied to.

Ryabkov said Monday that U.S. President Donald Trump had promised earlier that the U.S. would be ready to help Russia with equipment once it was mass-producing ventilators.

"That possibility was welcomed with gratitude from our side, this issue is now being worked on. We consider mutual help to be a straight-forward matter," Ryabkov was quoted by Russia's RIA news agency as saying.

The ventilator that Russia sent to the U.S., the Aventa-M, came under the spotlight last week after it was reported to have caused two hospital fires, in Moscow and St. Petersburg.

Russia subsequently suspended the use of the Aventa-M, although only those manufactured from April 1, after the ventilators had been sent to the U.S.