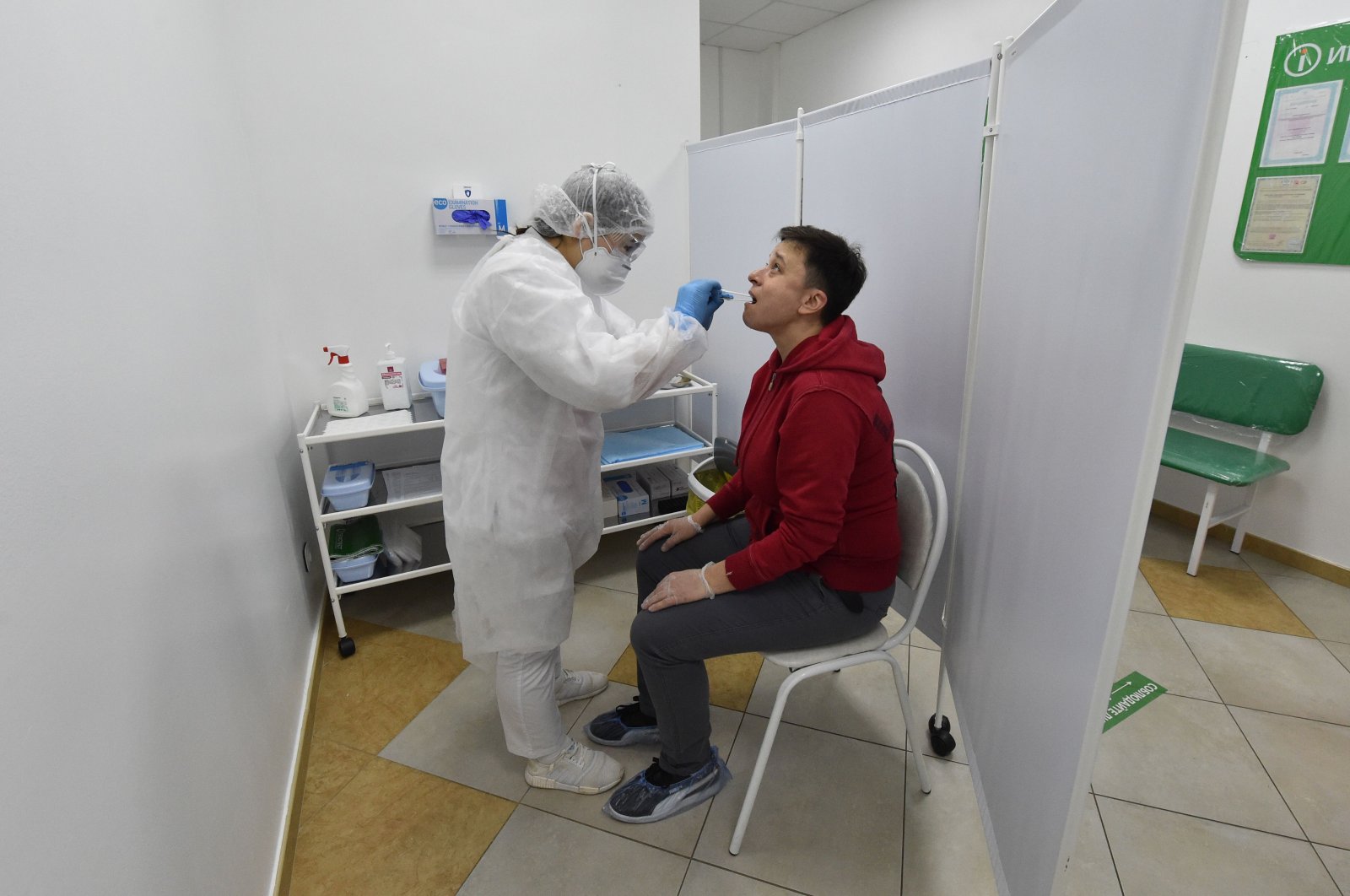 A medical staff member of Gemotest wearing protective gear, glasses and a face mask takes a saliva sample from a man at a drive-in COVID-19 testing facility in Moscow amid the COVID-19 pandemic, May 2, 2020. (AFP Photo)
by French Press Agency - AFP May 03, 2020 11:10 am

Russia is now the European country registering the most new infections.

But the official fatality rate is low in comparison to countries like Italy, Spain and the United States.

Fifty-eight people died over the past 24 hours, bringing the total death toll to 1,280.

Moscow Mayor Sergei Sobyanin has said the Russian capital, which has emerged as the epicenter of the contagion, was not yet past the peak of the outbreak.

Despite the steady increase in cases, the government has indicated it could gradually lift confinement measures starting May 12, but the easing will depend on the region.

Sobyanin said on Saturday that about 2% of Moscow residents – or more than 250,000 people – have the coronavirus.

According to official statistics, Moscow has a population of 12.7 million, but the real figure is believed to be higher.