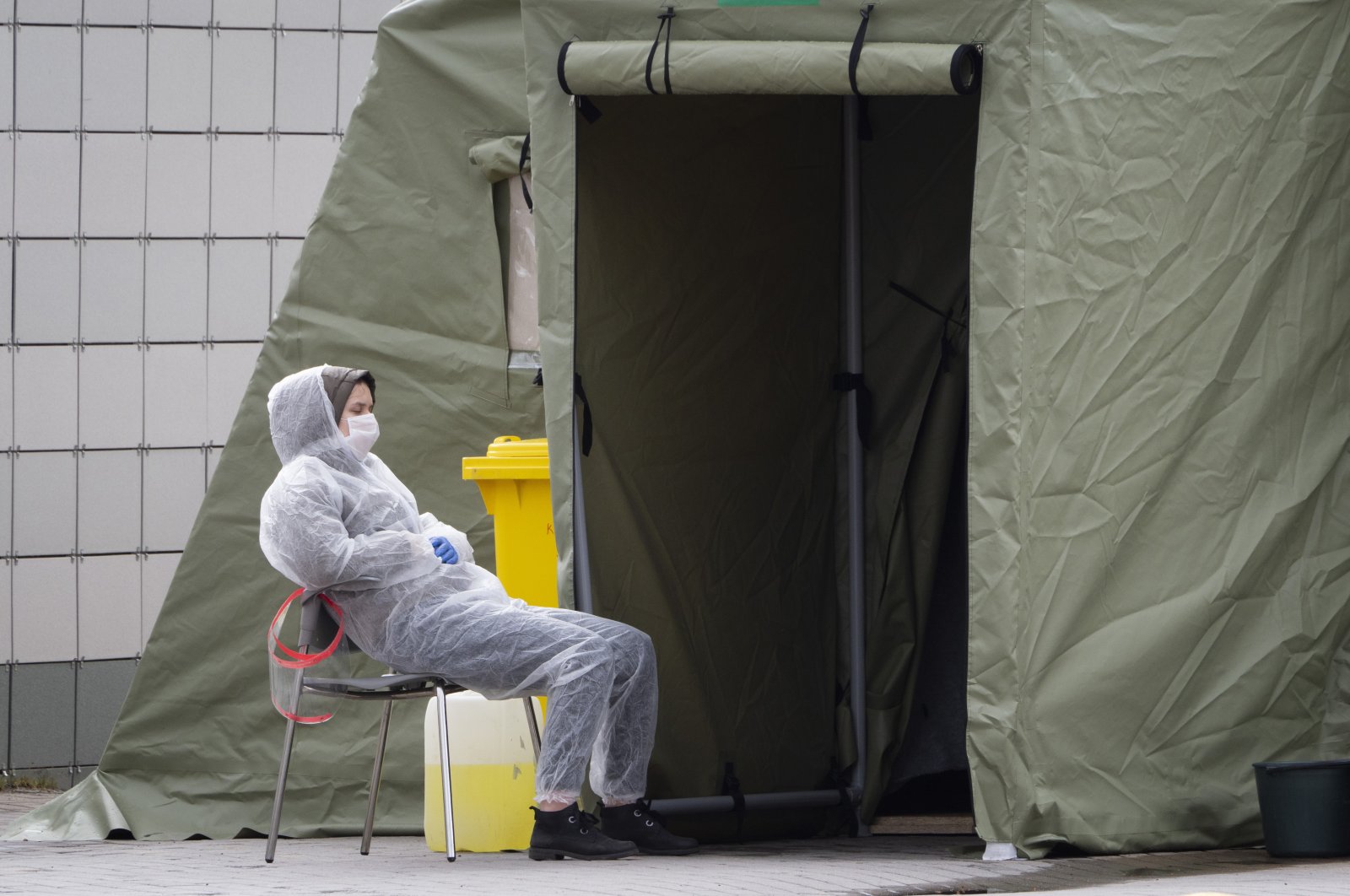 A medical worker wearing protective equipment rests in a yard of a hospital specialising in the treatment of patients with the coronavirus in St.Petersburg, Russia, May 14, 2020. (AP Photo)
by French Press Agency - AFP May 15, 2020 11:15 am

Health officials reported 10,598 new infections in the last 24 hours, bringing the country's total to 262,843, the second-highest in the world after the United States.

Russia says its high number of cases is due in part to a massive testing campaign that has seen more than 6 million tests carried out.

Moscow accounts for roughly half of all infections, and the city said it would be launching mass voluntary tests for antibodies starting Friday.

Russian President Vladimir Putin this week announced that a nationwide lockdown aimed at slowing the spread of the virus would be eased, even as health officials record a steady increase in new cases.

Despite its high number of cases, Russia's official coronavirus fatality rate is low in comparison to countries like the United States, Britain, Italy and Spain.

Authorities say this is because Russia was able to learn lessons from the experiences of western Europe, moving quickly to isolate travellers and people at risk, and launch a vast campaign to test and quarantine those infected.

But critics have cast doubt on the figures, accusing the authorities of undercounting by blaming virus-related deaths on other causes.