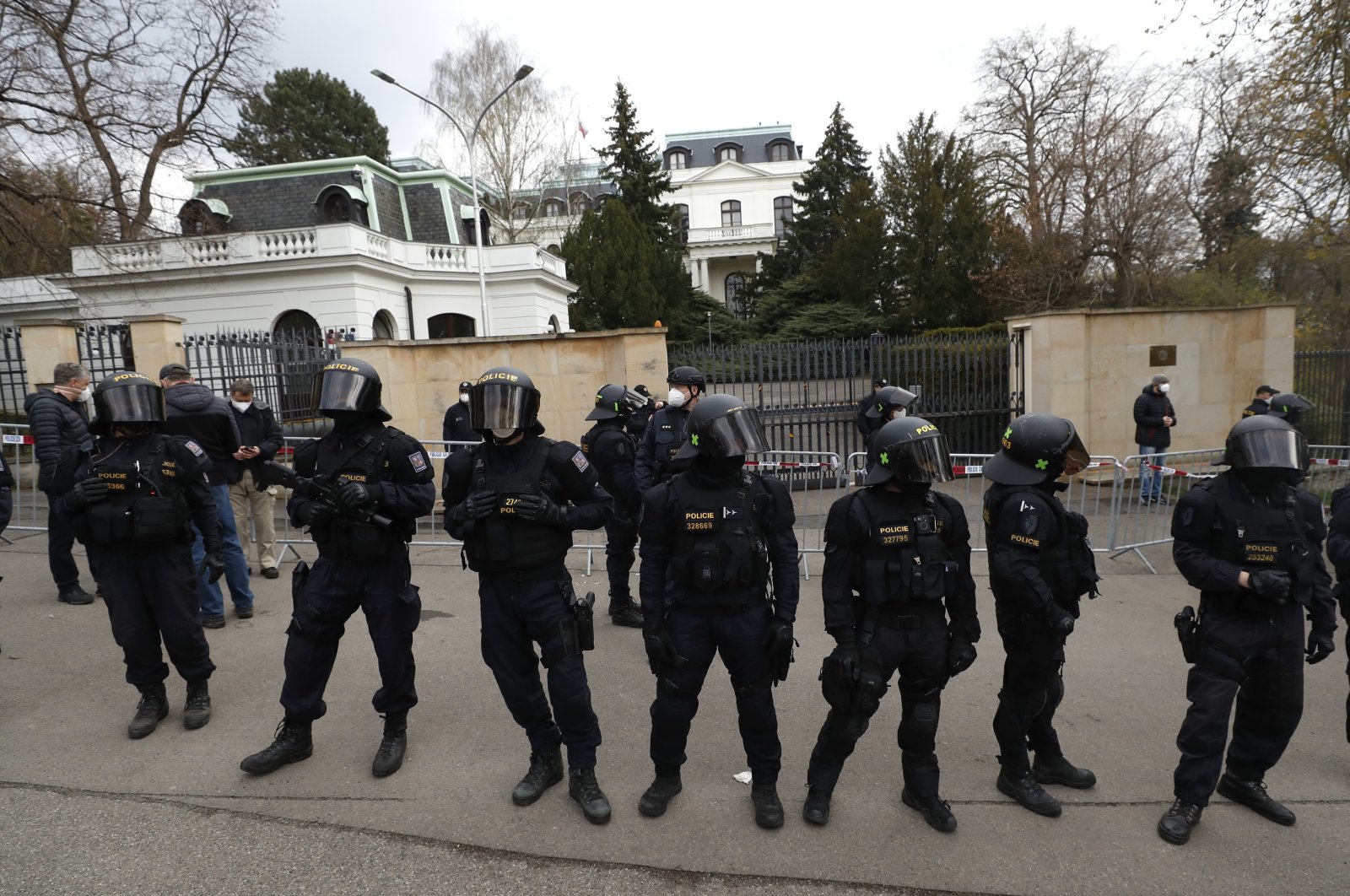 Russia on Sunday announced the expulsion of 20 Czech diplomats a day after Prague's "unprecedented" decision to expel 18 Russian diplomats identified as secret agents.

Moscow said 20 employees of the Czech Embassy had been declared "persona non grata" and must leave the country by the end of Monday.

The expulsions were unveiled after the Czech ambassador in Moscow, Vitezslav Pivonka, had been summoned by the Russian foreign ministry.

"Pivonka had been told that 20 employees of the Czech Embassy in Moscow had been declared 'persona non grata,'" the foreign ministry said in a statement.

"They have been ordered to leave our country by the end of April 19, 2021," the ministry added, calling the Czech government's decision to expel Russian diplomats a "hostile act."

On Saturday, Czech authorities said they would expel 18 Russian diplomats identified by local intelligence as secret agents of the Russian SVR and GRU security services that are suspected of involvement in a 2014 explosion.

Czech police also said they were seeking two Russians in connection with the blast that killed two people and who carried passports used by suspects in the attempted poisoning of former Russian double agent Sergei Skripal in Britain in 2018.

Moscow alleged the move bore a "trace" of involvement by Washington.

"In their desire to please the United States against the background of recent U.S. sanctions against Russia, Czech authorities in this respect even outdid their masters from across the pond," the ministry added earlier Sunday.

This week the United States announced sanctions and the expulsion of 10 Russian diplomats in retaliation for what Washington said was the Kremlin's U.S. election interference, a massive cyberattack and other hostile activity.