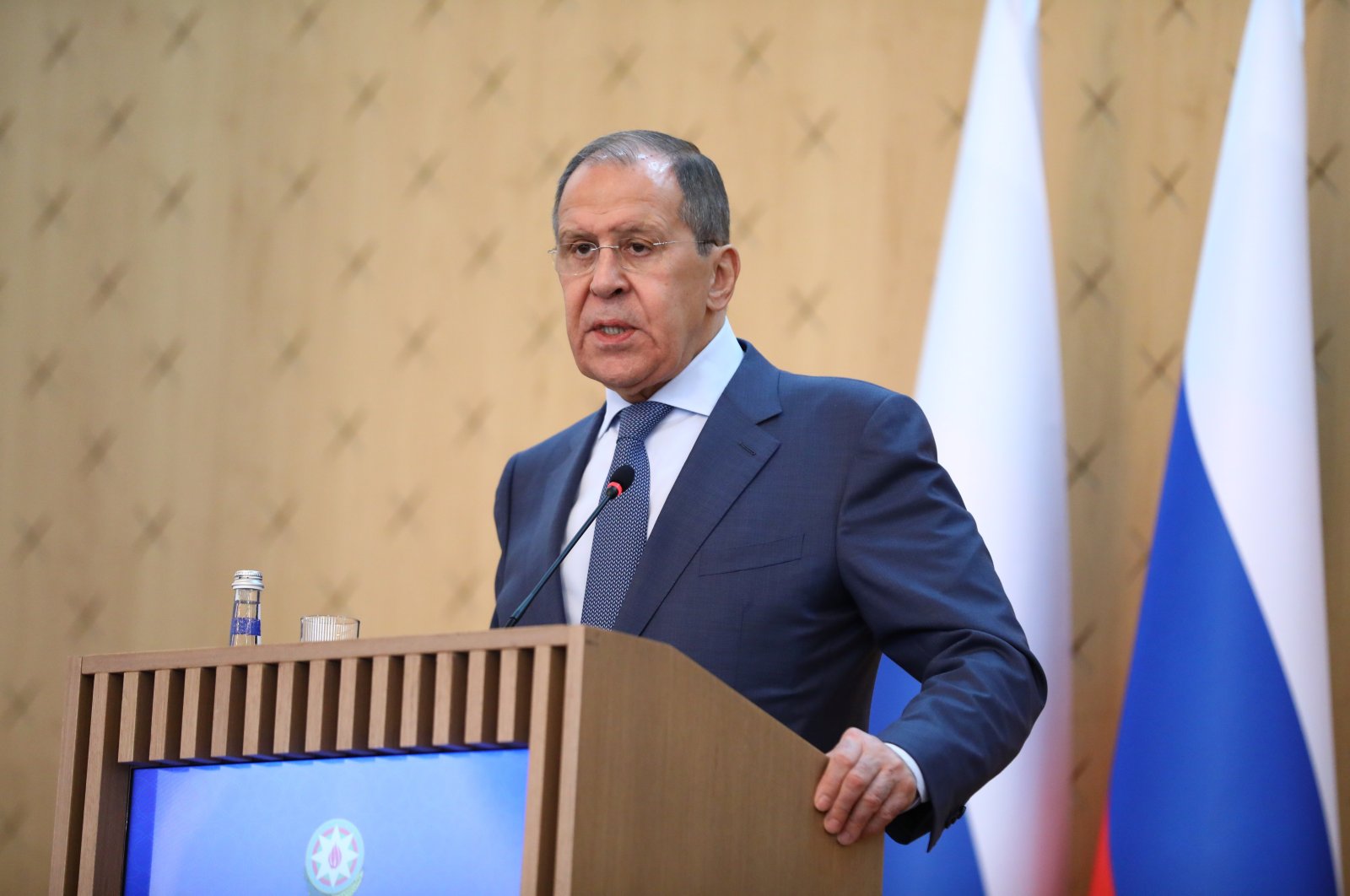 Speaking at a news conference in the Azerbaijani capital, Baku, following a meeting with his Azerbaijani counterpart Jeyhun Bayramov, Lavrov said that the settlement of the Nagorno-Karabakh conflict will allow the unlocking of the region's high transit and economic potential, which had been blocked for years.

"We spoke in detail about the progress in the Nagorno-Karabakh settlement. We have a shared opinion that the key to further normalization in the region is adherence in full to the agreements reached by the leaders of Russia, Azerbaijan and Armenia on Nov. 9 last year and Jan. 11 this year,” Lavrov said.

"These agreements provide all the necessary mechanisms to support the cessation of all hostilities and are aimed at unblocking transport and other links. This situation has been hampering the high transit and economic potential of this geopolitically important region for years," he said.

For his part, Bayramov slammed Armenia's unwillingness to share mine maps, saying 22 Azerbaijanis were killed by explosives planted during the occupational period.

"We see this trend as dangerous and we are watching it carefully. We're ready to turn the current page. Since the occupation situation is over, we can talk about normalizing relations with Armenia. Azerbaijan is taking steps in this direction," he said.

In 44 days of fighting that began in late September and left more than 5,600 people dead on both sides, the Azerbaijani army pushed deep into Nagorno-Karabakh, forcing Armenia to accept a peace deal that saw Azerbaijan reclaim much of the region along with surrounding areas. Russia deployed nearly 2,000 peacekeepers for at least five years to monitor the peace deal and to facilitate the return of refugees.

The deal sparked celebrations in Azerbaijan and fury in Armenia, where the country's Prime Minister Nikol Pashinian is facing mounting criticism for agreeing to the deal.