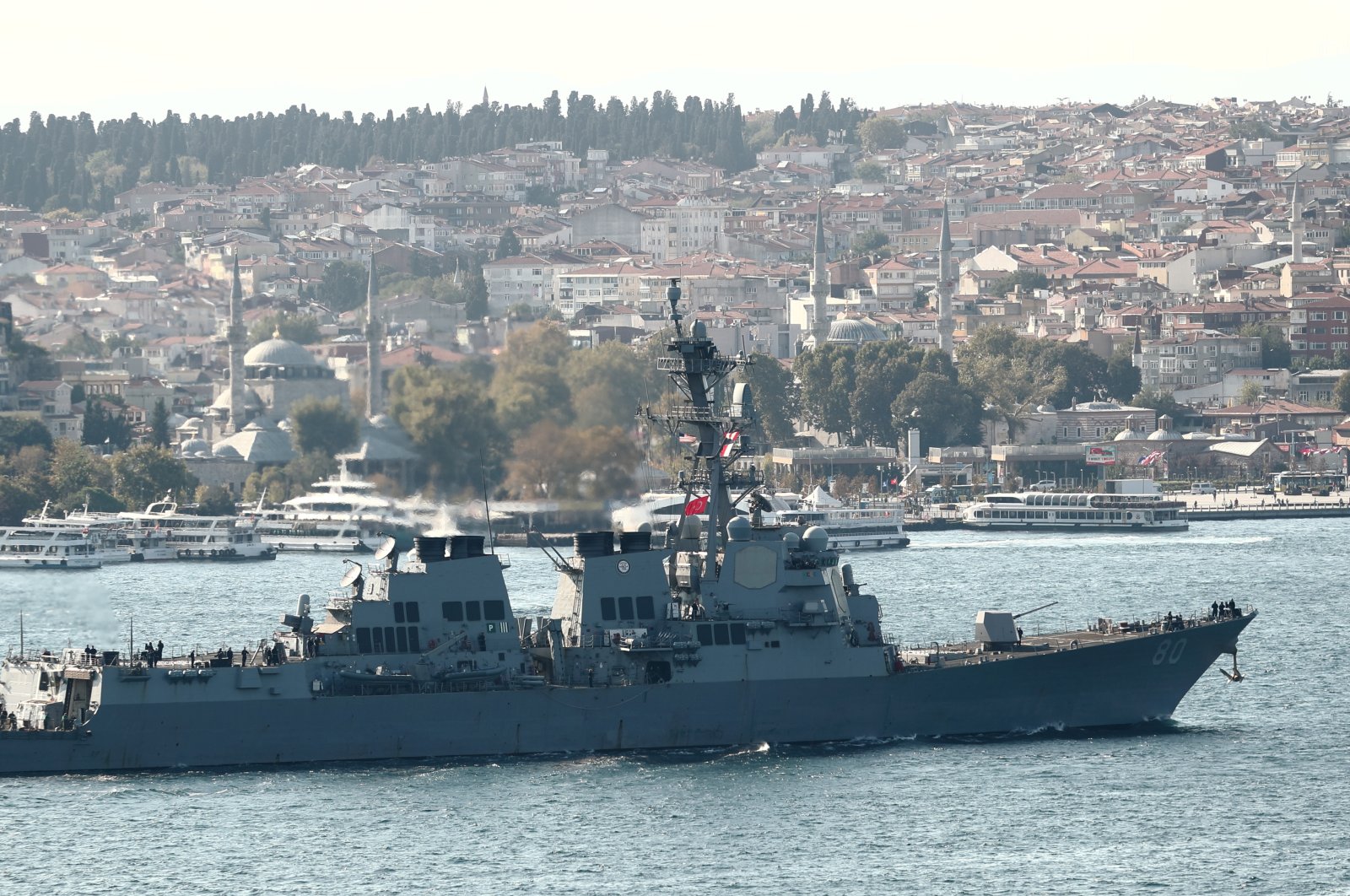 Moscow warned the United States on Tuesday to keep its warships away from the Russian-occupied Crimean peninsula, calling their deployment in the Black Sea a provocation.

Russia annexed Crimea from Ukraine in 2014 and two U.S. warships are due to arrive in the Black Sea this week amid an escalation in fighting in eastern Ukraine where government forces have battled Russian-backed troops in a conflict Kyiv says has killed 14,000 people.

The deployment comes as the West sounds the alarm over what it says is a big and unexplained build-up of Russian forces close to Ukraine's eastern border and in Crimea. Russia has said it moves its forces around as it sees fit, including for defensive purposes.

Russian Deputy Foreign Minister Sergei Ryabkov was cited by Russian news agencies on Tuesday as warning U.S. warships in the Black Sea to keep their distance, saying the risk of unspecified incidents was very high.

"There is absolutely nothing for American ships to be doing near our shores, this is purely a provocative action. Provocative in the direct sense of the word: they are testing our strength, playing on our nerves. They will not succeed," Ryabkov was cited as saying.

"We warn the United States that it will be better for them to stay far away from Crimea and our Black Sea coast. It will be for their own good."

The Pentagon has declined to discuss the ships' deployment, saying only that the U.S. military routinely sends vessels to the region.

Russia's Black Sea Fleet is based in Crimea, and it has powerful missile and radar facilities on the peninsula.