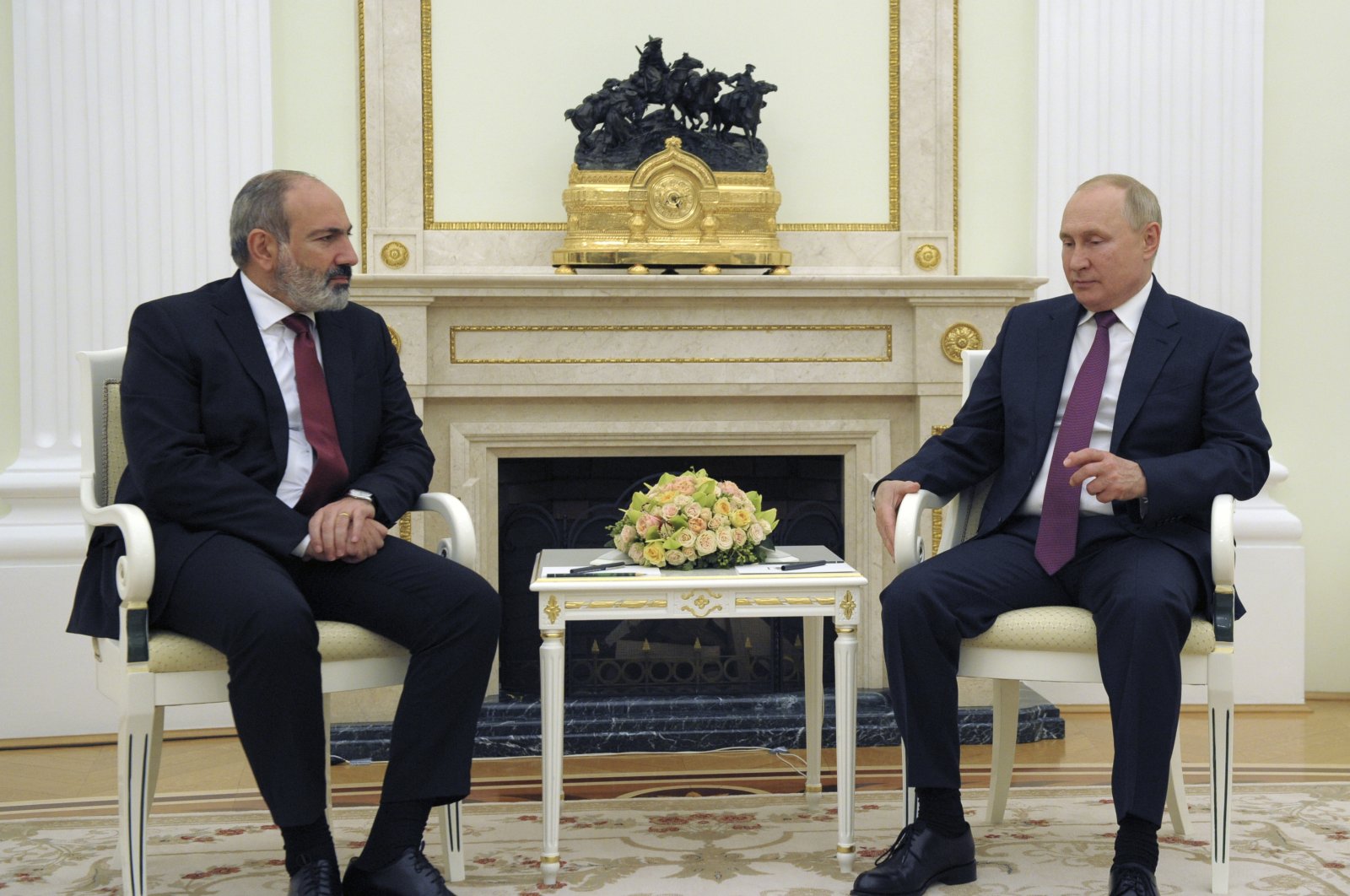 Russian President Vladimir Putin met on Tuesday with Armenian Prime Minister Nikol Pashinian in Moscow to discuss a range of issues including Nagorno-Karabakh.

Opening the meeting, Putin said although he maintains regular contact with Pashinian by phone, a face-to-face meeting is always better to achieve "the desired result."

He said the two will discuss the current situation and prospects as well as preparations for the upcoming summit of the leaders of the Commonwealth of Independent States (CIS), a regional intergovernmental organization formed following the dissolution of the Soviet Union in 1991.

"I would also like to compare notes with you in this area (CIS cooperation), and of course, on the main issues of our cooperation – including the settlement in the region today and in the long term," he said.

Pashinian, who met Putin for the fourth time this year, said frequent meetings show that relations are dynamic, and show the importance of "our strategic, allied relations."

"Dynamic processes are taking place in our region and in the world as a whole. It is important that the allies meet often, talk, as you said, 'compare notes,'" he said.

Pashinian complained about the situation in Nagorno-Karabakh, claiming "the conflict remains unresolved" and that the situation has not been fully stabilized yet.

"It is clear that Russia plays a key role in resolving the conflict and ensuring security in our region in general, being the co-chair of the OSCE (Organization for Security and Co-operation in Europe) Minsk Group. Of course, all these issues are important, key and I am happy to discuss the entire agenda with you on this occasion," he said.

Azerbaijan's President Ilham Aliyev and Pashinian both expressed readiness for a joint summit as the second Karabakh war between the two countries is a year behind.

The two countries signed a Russian-brokered agreement in November 2020 to end the fighting and work toward a comprehensive resolution.

Prior to this, about 20% of Azerbaijan's territory had been under occupation for nearly 30 years.

On Jan. 11 this year, the leaders of Russia, Azerbaijan and Armenia signed a pact to develop economic ties and infrastructure to benefit the entire region. It included the establishment of a trilateral working group on Karabakh.