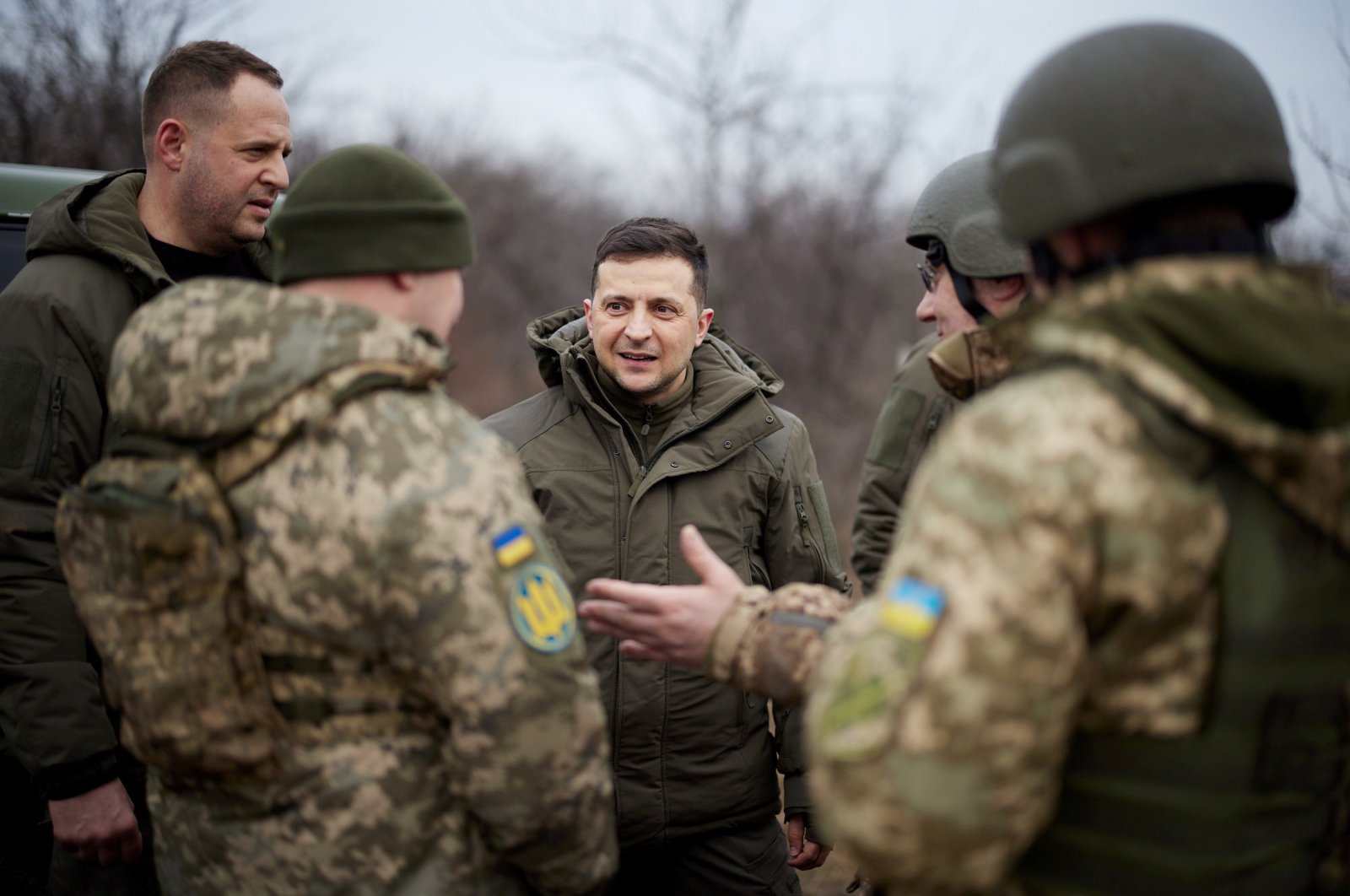 The Kremlin asserted Monday that Russian forces movements along the eastern Ukrainian border posed no threat to the country or others, a day after senior European Union diplomats discussed a reported buildup of troops with Kyiv.

NATO voiced concern last week over a big Russian military deployment near eastern Ukraine as Russia warned that a serious escalation in the conflict in Ukraine's Donbass region could "destroy" the country.

Kremlin spokesperson Dmitry Peskov on Monday told reporters on a conference call that Russia always looks out for its own security, noting that Moscow moves troops around its country as it sees fit.

"Key issue of our call today with @JosepBorrellF was Russia's aggravation of the security situation,” Kuleba wrote on Twitter Sunday. "‘EU is behind you,' Josep Borrell said, expressing support for Ukraine's sovereignty & territorial integrity, and invited me to take part in EU Foreign Affairs Council on April 19th,” Kuleba added, according to remarks carried by Reuters.

"Unwavering EU support for (Ukraine's) sovereignty & territorial integrity. Will further discuss with @DmytroKuleba and EU Foreign Ministers at next FAC," he added.

Borrell said he would hold further talks on the issue with Kyiv's top diplomat and foreign ministers from the EU's 27 nations at a meeting later this month.

Along with militarily supporting separatist rebels in Ukraine's Donetsk and Luhansk regions, which are collectively known as Donbass, Russia in 2014 also seized and annexed Ukraine's Crimean Peninsula after sending troops there and staging a referendum. The vote has been widely dismissed by the West as window dressing to provide cover for Russia's actions.

Russian and Ukrainian security experts disagreed on Saturday whether Russia is preparing a new military operation in eastern Ukraine. While Ukrainian experts claim Russia is pushing the West to compromise, Russian experts argue that Moscow might launch a new operation in the Donbass region.

Maintaining that the Russian military activity is also intended to play into politics on the eve of the upcoming parliamentary elections in Russia, Samus said: "Moscow has no reason to initiate such attack as its possible results are unpredictable. Hence, change of a Russian military operation is not more than how it was last year," according to Anadolu Agency (AA).

Denis Moskalik from the Ukrainian National Institute for Strategic Studies told AA that a major armed conflict is possible in principle but it is not expected in the near future.

Agreeing with Samus that current Russian steps are intended to press the Ukrainian and U.S. administrations, and test their determination, Moskalik noted: "Russia might spark some minor armed clashes to gain the upper-hand at the negotiation table and to see the limits of (U.S. President Joe) Biden's support to Ukraine.”

On the other hand, Viktor Litovkin, a senior Russian security expert remarked that Russia would not stand idle if Ukraine launches a military operation toward Donbass.

"Most of the residents living in Donbass are also Russian citizens. Thus, Russia might intervene to protect its own citizens. What is even more, Russia can attack the aggressor (Ukraine).”