Russia threatens to retaliate if West sends troops to back Ukraine 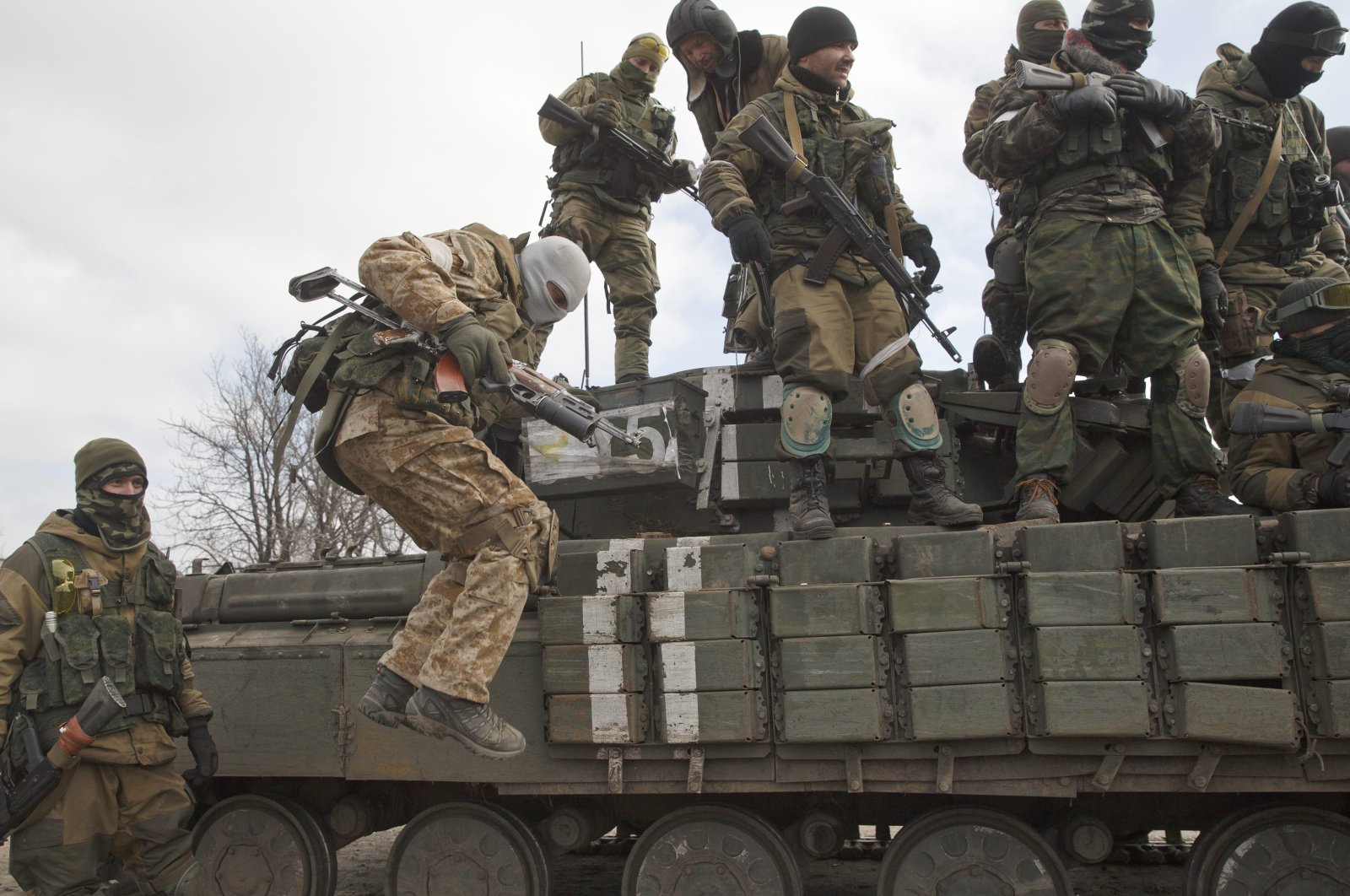 Recent troop movements along Crimean border have heightened tensions between Russia and the United States, with Moscow warning the West against sending troops to Ukraine.

As Kyiv accused Moscow of building up a military presence on its border, the United States had pledged on Thursday to stand by Ukraine in the event of Russian "aggression."

Ukrainian President Volodymyr Zelenskiy said Russia is massing troops on the border. Weeks of renewed frontline clashes have shredded a cease-fire and raised fears of an escalation of the simmering conflict in eastern Ukraine, where government forces are battling pro-Russian separatists.

Speaking to reporters on Friday, Kremlin spokesperson Dmitry Peskov said Russia would be forced to respond if the U.S. sent troops.

"There is no doubt such a scenario would lead to a further increase in tensions close to Russia's borders. Of course, this would call for additional measures from the Russian side to ensure its security," Peskov told reporters. He declined to specify which measures would be adopted while insisting that Russia was not making moves to threaten Ukraine.

"Russia is not threatening anyone, it has never threatened anyone," Peskov said, as Agence France-Presse (AFP) reported. On Friday, Russia said its armed forces would hold military exercises close to Ukraine's border in the country's south to practice defense against attack drones.

On Thursday, the U.S. warned Russia against "intimidating" Ukraine, with both Defense Secretary Lloyd Austin and Secretary of State Antony Blinken calling their Ukrainian counterparts to stress support. The Pentagon said this week U.S. forces in Europe had raised their alert status following the "recent escalations of Russian aggression in eastern Ukraine."

U.S. President Joe Biden on Friday expressed the United States' strong support for Ukraine in a call with Zelenskiy, the White House said.

"President Biden affirmed the United States’ unwavering support for Ukraine’s sovereignty and territorial integrity in the face of Russia’s ongoing aggression in the Donbas and Crimea," the statement said.

A senior Ukrainian official said that Biden has "full information" about what is happening in Ukraine. He also asserted that the conversation between two leaders lasted approximately 50 minutes and Biden expressed his willingness to visit Ukraine. Shortly after Biden call Zelenskiy hailed "crucial" partnership.

Ukraine has been battling pro-Russian separatists in the eastern Donetsk and Luhansk regions since 2014, following Moscow's annexation of the Crimean peninsula after an uprising that ousted Ukraine's Kremlin-friendly President Viktor Yanukovych.

Moscow and Kyiv this week blamed each other for a rise in violence along the frontline that has undermined a cease-fire brokered last July.

Zelensky said on Thursday that 20 Ukrainian servicemen had been killed since the start of the year. Ukraine's military intelligence accused Russia of preparing to "expand its military presence" in the separatist-controlled regions.

Ruslan Khomchak, chief of the general staff of the Ukrainian Armed Forces, this week said that more than 2,000 Russian military instructors and advisers were currently stationed in eastern Ukraine.

Russia has repeatedly denied sending troops and arms to support the separatists and the Kremlin this week said that Russia is at liberty to move troops on its own territory.

"Russia is not a participant of the conflict," Peskov said on Friday, accusing Ukraine's armed forces of "multiple" provocations in the region.

A senior Russian official dismissed reports of Russia planning an attack on Ukraine as "fake." "Russia is not interested in any conflict with Ukraine, especially a military one," deputy foreign minister Andrei Rudenko told state news agency RIA Novosti.

Together with France, Germany and Ukraine, Russia is part of the Normandy format of countries that have sought to resolve the conflict and in 2015 agreed on the Minsk accords to reduce the fighting. Zelenskiy was elected in 2019 on promises of ending the conflict, but critics say a shaky cease-fire has been his only tangible achievement.

The fighting has claimed more than 13,000 lives since 2014, according to the United Nations.