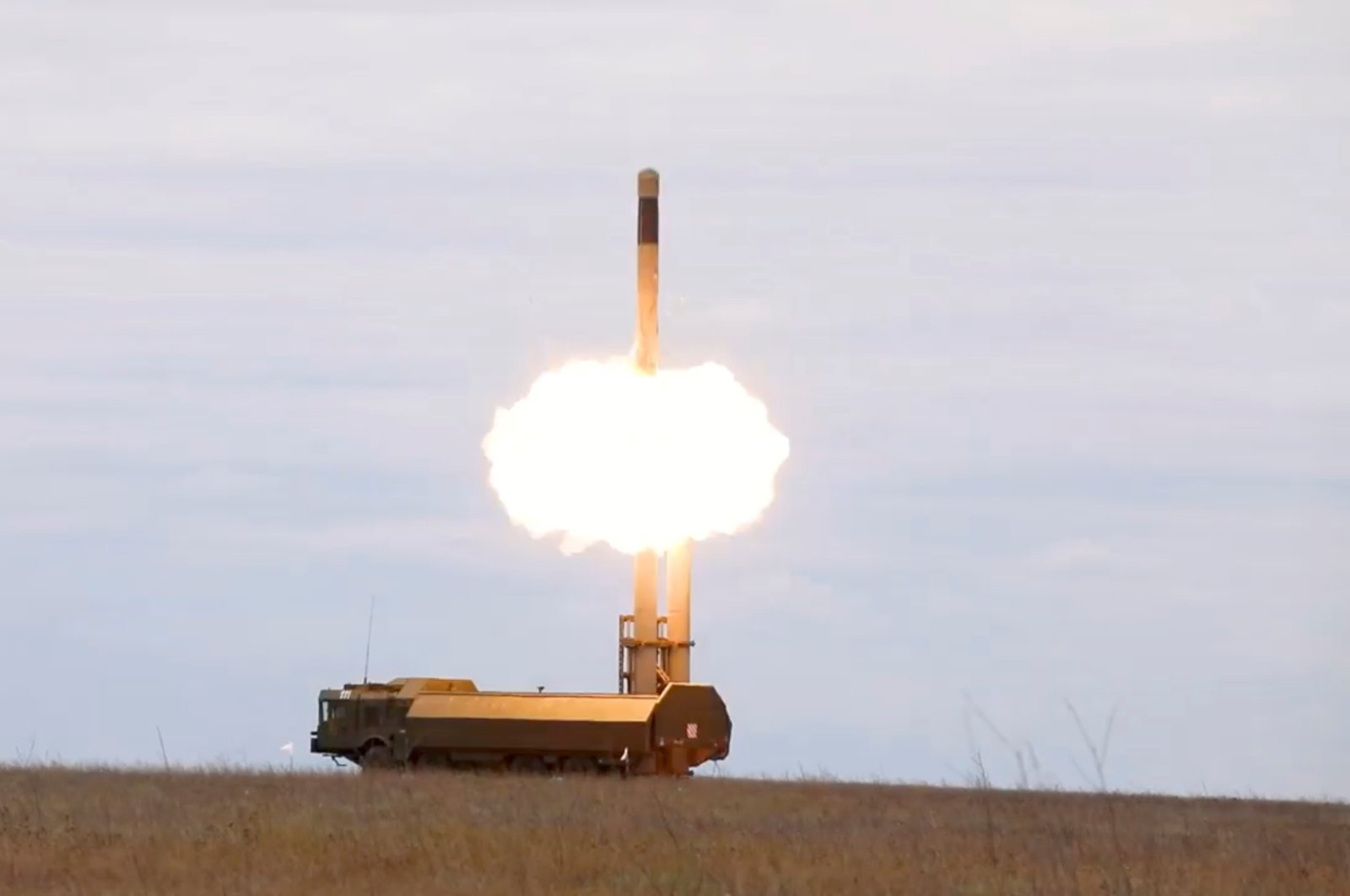 The Bastion coastal missile system of the Black Sea Fleet launches a missile against sea targets during the exercise at the Opuk training ground in Crimea, in this still image taken from video released Sept. 23, 2021. (Russian Defense Ministry Press Service via Reuters)
by Daily Sabah with Reuters Sep 23, 2021 3:27 pm
RECOMMENDED

The exercises in Ukraine involving the U.S. and other NATO troops are set to run until Oct. 1. They follow huge war games staged by neighboring Russia and Belarus earlier this month that alarmed the West.

Kyiv's relations with Moscow plummeted in 2014 after Russia annexed the Crimean peninsula from Ukraine and backed pro-Russian separatists in Ukraine's Donbass region. The seven-year conflict with separatists has killed more than 13,000 people.

Russia's Black Sea Fleet practiced detecting and destroying sea targets with its Bastion system, an advanced mobile anti-ship and surface-to-surface defense system, the Defence Ministry said in a statement. Divisions were shown carrying out strikes with truck-mounted missiles in video footage released by the Defense Ministry.

"A feature of the exercise was the use of unmanned aerial vehicles to track a simulated enemy ship group equipped with carrier-based aircraft at the distant lines," the press office of Russia's Black Sea Fleet based in Crimea said.

On Sept. 20, the press service announced the start of major exercises in the Black Sea. About 20 Russian ships, including submarines, left bases in Sevastopol and Novorossiysk to conduct maneuvers with rocket and artillery fire.

Ukrainian-U.S. exercises also began the same day in the Lviv region of Ukraine, Kyiv's Defense Ministry reported. About 6,000 military personnel from many countries including Great Britain, Canada, Germany, Turkey and Poland are taking part in the exercise.