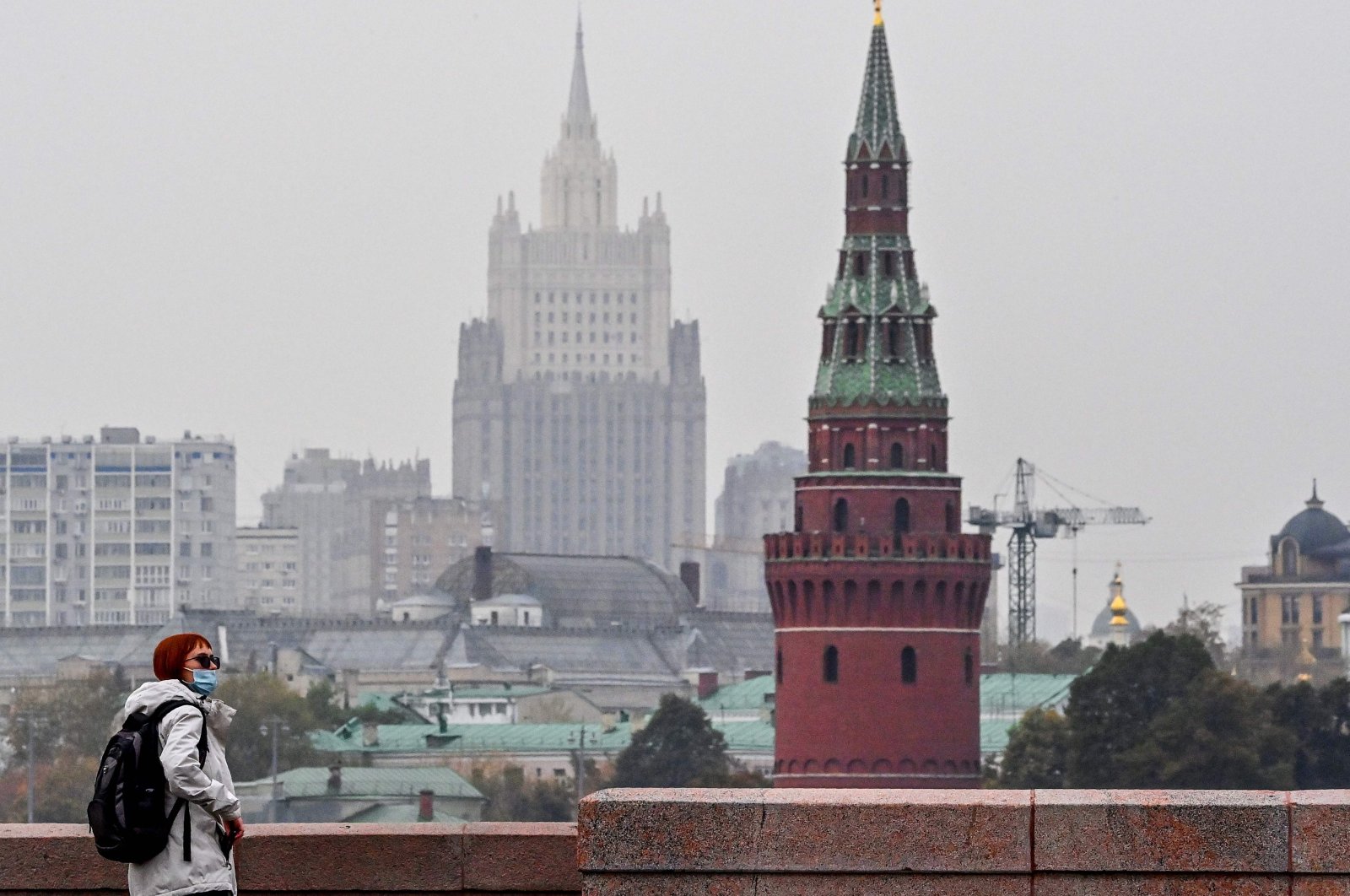 A woman wearing a face mask to protect against the coronavirus disease walks along a bridge in front of a tower of the Kremlin and the Russian Foreign Ministry building in the background in central Moscow on Oct. 13, 2020. (AFP Photo)
by REUTERS Oct 13, 2020 5:10 pm
RECOMMENDED

Russia on Tuesday reported record high daily coronavirus cases and deaths, pushing total infections to 1,326,178, but authorities said they do not plan to impose lockdowns across the vast country.

Anna Popova, head of the consumer safety watchdog Rospotrebnadzor, said on Tuesday Russia saw no need to impose restrictions on economic activity in response to the spike in cases.

"Despite a growing number of cases, today in Russia we are not talking about blocking the economy, suspending some business activities, some sectors of the economy, because we see no reason to do this," Popova said in comments carried by Russian news agencies.

Her comments come a day after the Kremlin said Russia could afford to be more flexible in its response to COVID-19 than earlier this year when it imposed a lockdown.

Speaking to reporters on Monday, Kremlin spokesman Dmitry Peskov said Russia had more room for manoeuvre than earlier in the pandemic because of better treatment, more hospital beds, and a tried and tested system to tackle the virus.

Deputy Health Minister Oleg Gridnev said on Tuesday that nearly 90% of the hospital beds dedicated to COVID-19 patients were currently occupied, TASS news agency reported. He added, however, that 20% of the patients hospitalized had light symptoms and could be sent home.

Alexander Gorelov, deputy director of a research institute at Rospotrebnadzor, said he expected the number of coronavirus infections to increase for about another 20 days, the RIA news agency reported.

Moscow, the capital, has been the hardest hit by COVID-19. The city of nearly 13 million, which recorded 4,618 new cases on Tuesday, has opened two temporary hospitals and ordered businesses to have at least 30% of staff working remotely.

The official coronavirus task force said on Tuesday the country had recorded record-high increases of 13,868 cases and 244 deaths in the last 24 hours. Russia has recorded 22,966 fatalities since the start of the pandemic.

With 1,326,178 cases overall, the country of about 145 million has the fourth-highest number of infections in the world, behind the United States, India and Brazil.