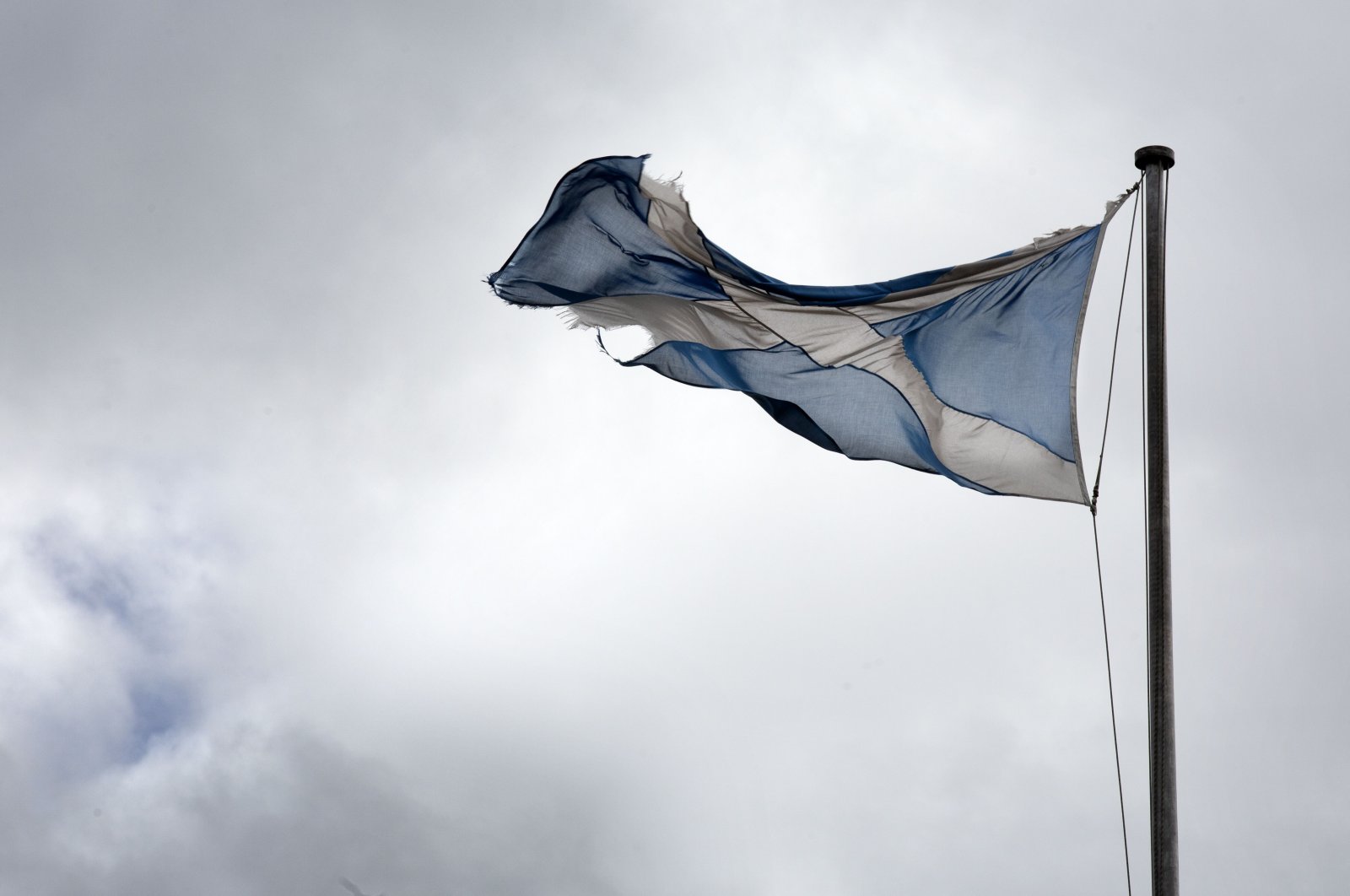 There is wide agreement that Britain’s devastating coronavirus outbreak has been met by strong, effective political leadership. Just not from Prime Minister Boris Johnson.

While Johnson has often seemed to flounder and flip-flop his way through the biggest national crisis in decades, Scottish leader Nicola Sturgeon has won praise for her sober, straight-talking response.

The gulf between the neat, concise Sturgeon and the rumpled, rambling Johnson has catapulted the idea of Scottish independence from the United Kingdom – the long-held dream of Sturgeon’s nationalist government – back up the political agenda.

The issue appeared settled when Scottish voters rejected secession by 55%-45% in a 2014 referendum. But after Brexit and COVID-19, “there are signs that the anchors of the union are beginning to shift,” said Tom Devine, emeritus professor of history at the University of Edinburgh.

Devine said Sturgeon’s government “has demonstrated it can manage the greatest catastrophe since World War II. And that suggests to some people who might have been on the edge of ‘yes’ and ‘no’ (for independence) that they could actually run a normal government.”

“For the first time in Scottish polling history, we have supporters of independence outnumbering opponents over an extended period,” said John Curtice, professor of politics at the University of Strathclyde.

One long-simmering reason is Britain’s departure from the European Union. Brexit is resented by many in Scotland, which voted strongly in 2016 to remain in the bloc. The U.K. officially left the EU on Jan. 31, although the economic break – and potential shock, if a trade deal isn’t struck between the two sides – won’t occur until the end of 2020.

The new factor is the pandemic, which has put the contrasting styles of Sturgeon and Johnson to the test.

The four parts of the U.K. – England, Scotland, Wales and Northern Ireland – acted together to impose a nationwide lockdown in March. But Sturgeon has been more cautious in lifting it for Scotland than Johnson has for England, keeping businesses such as bars and restaurants shut for longer and cautioning against a hasty return to travel and socializing.

She gives televised news conferences several days a week (Johnson’s government stopped doing so in June) and often wears a tartan face mask in public, a gesture that conveys both prudence and patriotism.

“I think she has done a great job,” said Pamela McGregor, who runs a pub in the Scottish capital, Edinburgh. “She has been very calm and very respectful.”

Curtice said Sturgeon had “leveled much more with people” than Johnson about the hardships of the pandemic.

“The U.K. government is very defensive, very reluctant to admit mistakes,” he added. “And Boris has been much more, ‘We think you need to go back to work because it’s good for the economy.’”

Johnson’s government was shaken early in the outbreak when both he and Health Secretary Matt Hancock contracted the virus. Johnson spent three nights in intensive care. His administration has made U-turns on issues including wearing masks in public and whether to quarantine arrivals from abroad.

Public trust in the government suffered when Johnson aide Dominic Cummings broke lockdown rules by driving 250 miles (400 kilometers) to his parents’ house – and kept his job. When Scottish Chief Medical Officer Catherine Calderwood flouted her own advice by traveling to her second home, she resigned within hours.

Some of the difference between the two governments is style rather than substance. Scotland shared in the U.K.’s early mistakes in confronting the pandemic, notably a failure to protect elderly residents in nursing homes, where many died.

The virus has played a part in 4,200 deaths in Scotland, which has a population of 5.5 million, making it one of the highest per-capita rates in Europe. In England, which has 10 times the population, there have been about 50,000 deaths in which COVID-19 was a factor, according to official statistics. Both figures are higher than the U.K’s official coronavirus death toll of more than 41,000.

Ramsay Jones, a former adviser to ex-Prime Minister David Cameron, said Sturgeon is a skilled communicator but has largely acted in concert with the U.K. government over the coronavirus.

“Has anything materially been done different? Not really,” he said. “The car that they’re presenting in the showroom looks shinier, looks well-polished, but lift the hood, it’s no different.”

Sturgeon knows that turning increased support for independence into reality will be a challenge.

An election for the Scottish Parliament is due in May. If Sturgeon’s Scottish National Party wins the anticipated majority, she is likely to demand a new independence referendum. But a binding referendum needs the U.K. government’s approval, and Johnson insists he’ll say no. Few think the cautious Sturgeon would emulate Catalan separatists in Spain and hold an unauthorized vote.

Sturgeon is also facing potential fallout from an inquiry into how her government handled sexual assault allegations against former First Minister Alex Salmond.

Supporters of independence are encouraged, but wary.

“Although there’s more and more people coming on board the independence movement, there’s a sort of feeling that we’re a wee bit stuck,” said Gerry Mulvenna, a pro-independence activist in Edinburgh. “I sense there is a shift. But how do we get there?”

The pro-independence camp in a new referendum would also have to convince voters that an independent Scotland could thrive economically. That’s not an easy task in an uncertain era.

Devine said the pandemic has shown that “it’s a pretty cold world out there – and I think the Scots in the majority still remain a pretty canny people.”

Many Scots say they simply have more urgent things to worry about. Edinburgh’s streets in August are usually thronging with visitors to the arts festivals that turn the city into an international melting pot of creativity. This year, the city is unnaturally quiet. Many businesses are still shut or struggling.

“I feel like I’m just concentrating on the pandemic and surviving at the moment,” said McGregor, who recently reopened her tiny Edinburgh bar after lockdown. “I would love to have independence, but I think maybe now is not the time.”