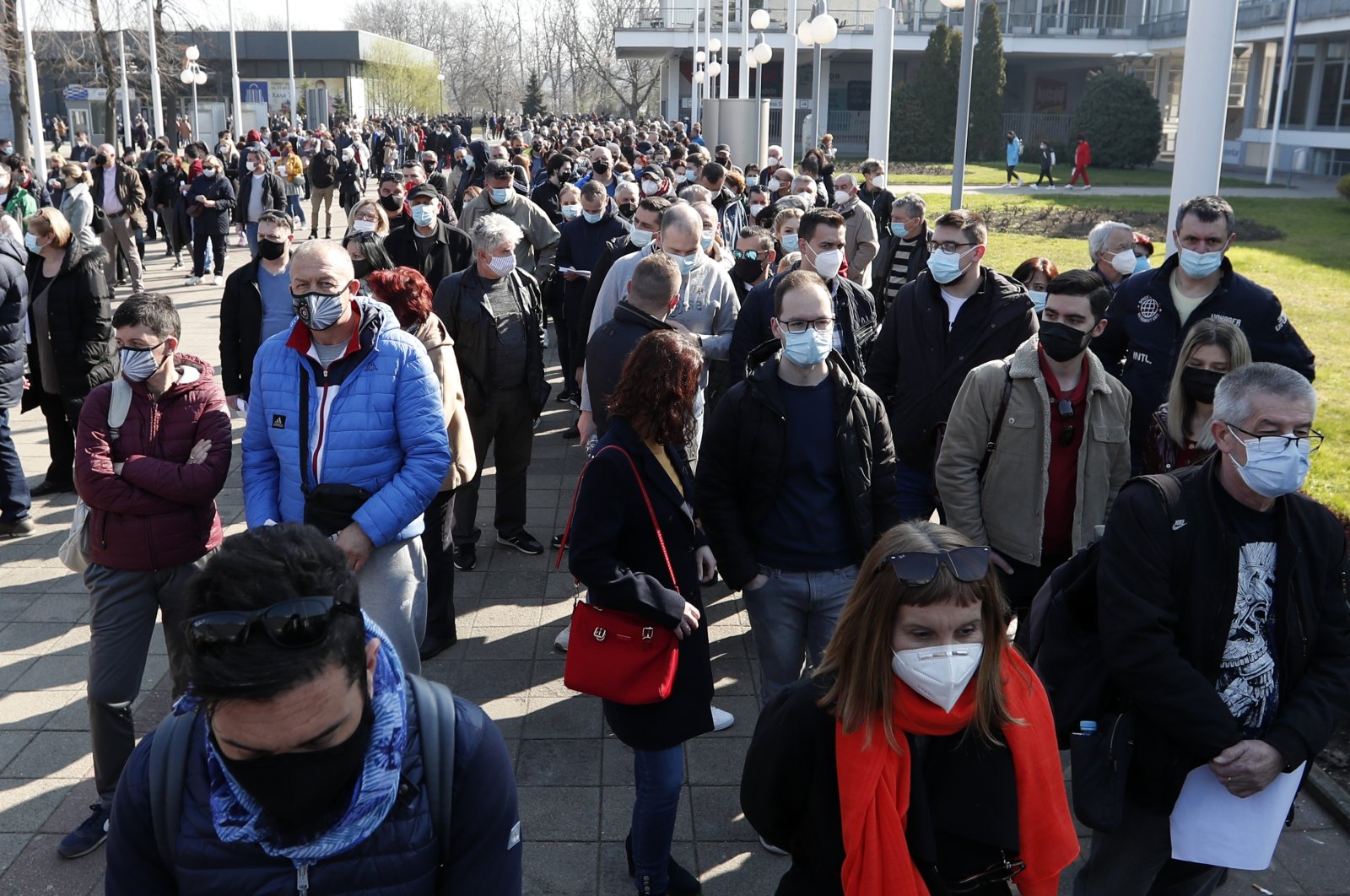 Serbia is giving away free coronavirus jabs to foreigners over the weekend, leading to thousands of people from neighboring countries to flood Belgrade on Saturday.

Unlike Serbia, which boasts of having an ample supply of vaccines, most of its Balkan neighbors have been struggling with shortages and have barely started any mass inoculation.

Critics of Serbian populist President Aleksandar Vucic say that, with the move, he is trying to spread his influence over the region and polish the ultranationalist image he had during the bloody breakup of Yugoslavia in the 1990s. Recently, Serbia allowed Bosnia-Herzevogina to open a consulate in Novi Pazar.

Others say that the AstraZeneca shots that are being administered to foreigners are nearing their expiration date and need to be used as soon as possible, a claim that could not be officially verified.

The Bosnian Klix news portal described huge lines of cars forming on Saturday morning at the border crossings with Serbia.

The report said that Bosnian businessmen were also scheduled to receive jabs Saturday after Serbia’s Chamber of Commerce offered 10,000 shots to their colleagues in the region.

Serbia has one of the highest inoculation rates in Europe, mainly thanks to large purchases of Chinese Sinopharm and Russian Sputnik V vaccines. Pfizer and AstraZeneca shots, the latter of which the European Medicines Agency (EMA) said has benefits that outweigh its risks, have also been administered.

Although over 2 million people in the country of 7 million have so far received at least one shot, there is a notable decline in the interest for inoculation, which officials and doctors link to an increasingly vocal vaccine-skepticism movement in Eastern Europe.