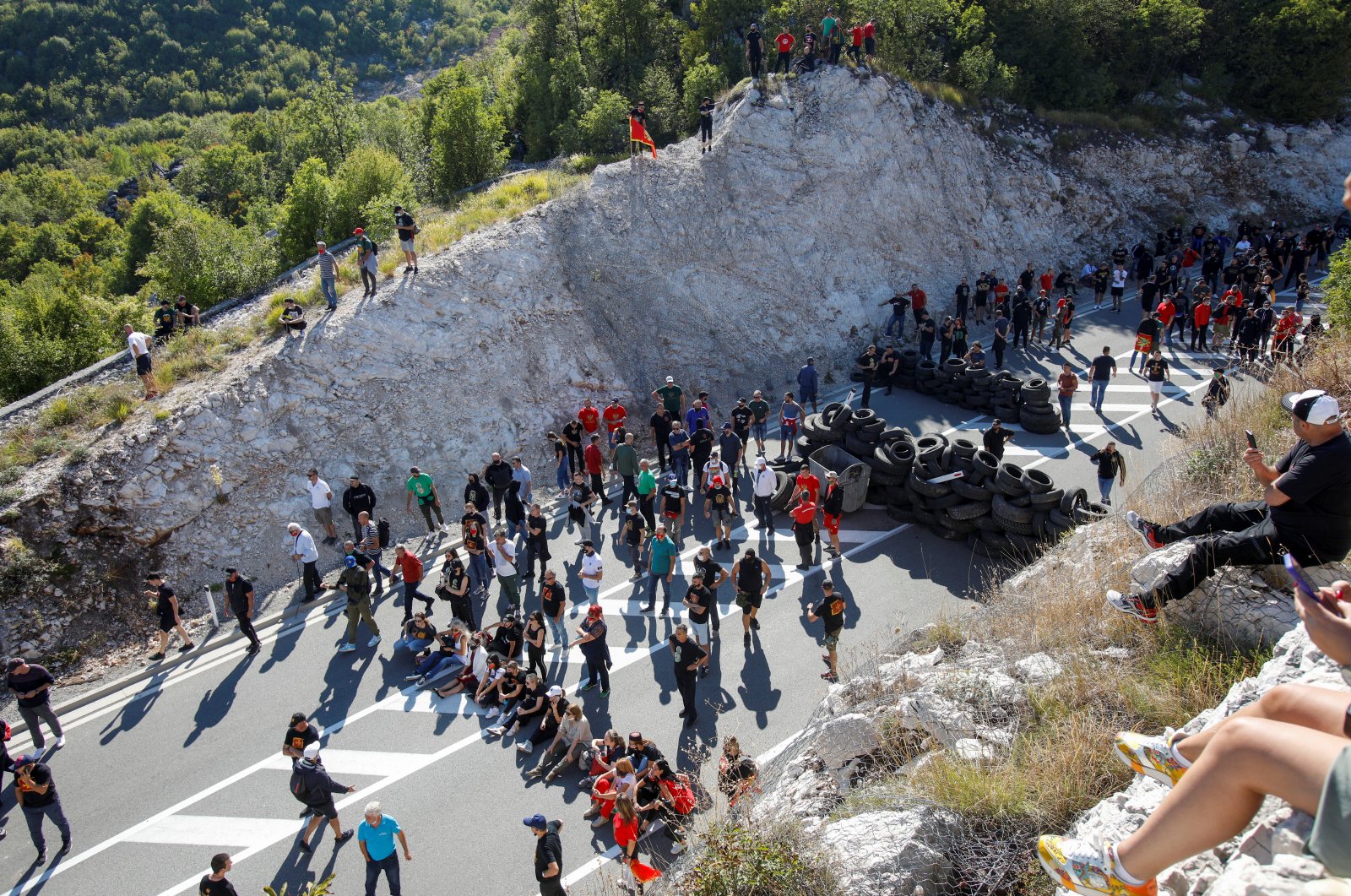 Riot police in the hundreds were deployed in the old capital of Montenegro on Saturday shortly before the inauguration of the new head of the Serbian Orthodox Church in the small Balkan nation.

The ceremony planned for Sunday in Cetinje has angered opponents of the Serbian church in Montenegro, which declared independence from neighboring Serbia in 2006.

On Saturday, hundreds of protesters confronted the police in Cetinje and briefly removed some of the protective metal fences around the monastery where the inauguration of Metropolitan Joanikije is supposed to take place.

Montenegrins remain deeply divided over their country’s ties with neighboring Serbia and the Serbian Orthodox Church, which is the nation's dominant religious institution. Around 30% of Montenegro’s 620,000 people consider themselves Serb.

Thousands protested last month in Cetinje demanding that the inauguration be held somewhere else. The church has refused to change its plans.

Since Montenegro split from Serbia, pro-independence Montenegrins have advocated for a recognized Orthodox Christian church that is separate from the Serbian one.

Montenegrin authorities have urged calm during the weekend ceremonies that will start with the arrival Saturday evening of the head of the Serbian Orthodox Church, Patriarch Porfirije, in Podgorica, Montenegro's capital.

Porfirije is set to attend Sunday's inauguration of Joanikije, whose predecessor as the church's leader in Montenegro, Amfilohije, died in October after contracting the coronavirus.

Montenegro's previous authorities led the country to independence from Serbia and defied Russia to join NATO in 2017. Montenegro also is seeking to become a European Union member.