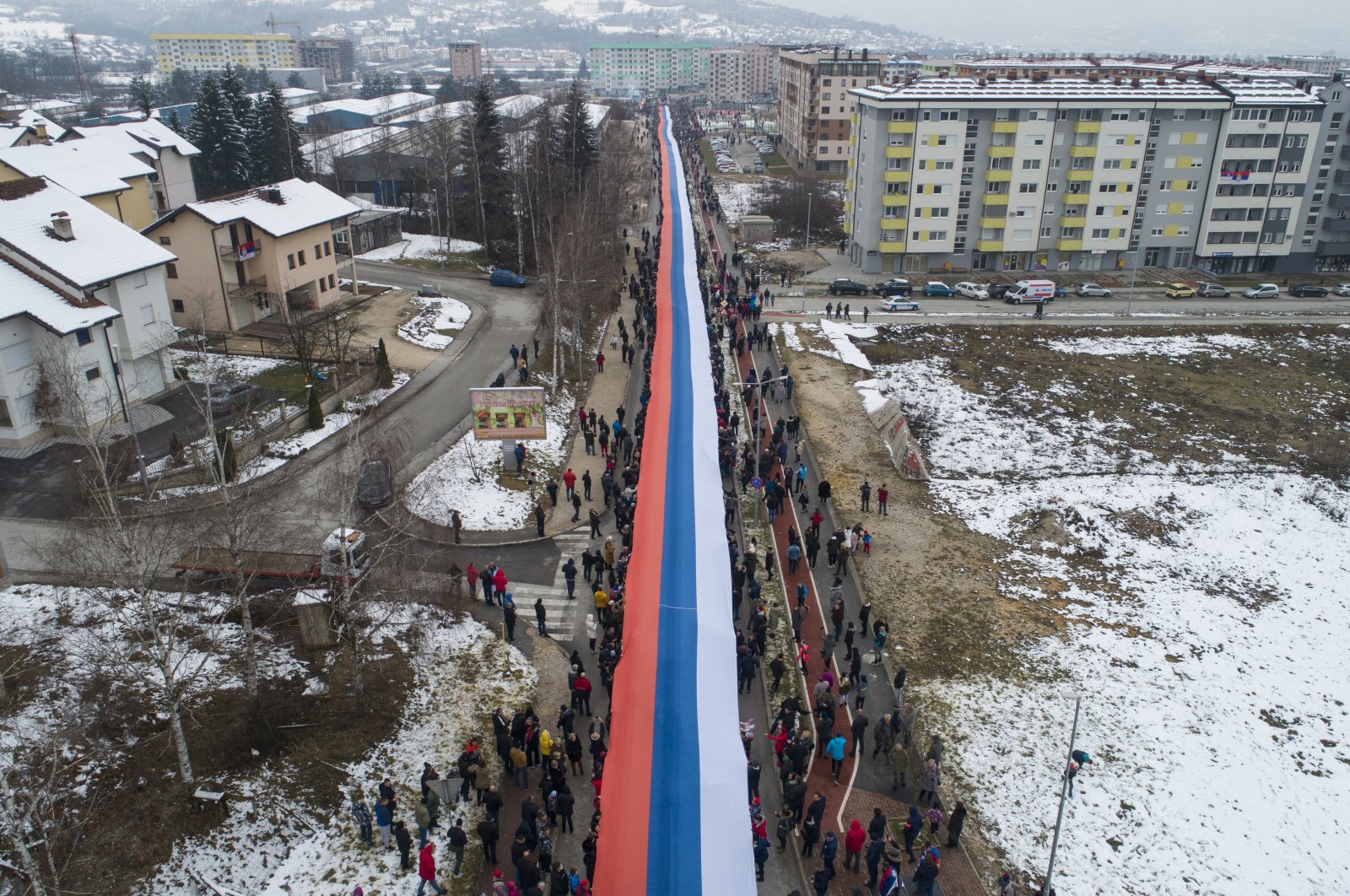 The Serbs in Bosnia-Herzegovina defied restrictions on Sunday to celebrate the prohibited national holiday of the autonomous Serb Republic.

Jan. 9 marks the date in 1992 when Bosnian Serbs declared independence, triggering a war in which 100,000 were killed. It also coincides with the Serbian Orthodox Christian holiday.

It was this religious component that led Bosnia-Herzegovina's Constitutional Court to declare the holiday illegal as it discriminated against the region's Catholic Croat and Muslim Bosniak communities.

Taking part in the parade were more than 800 armed police officers, including members of anti-terrorist units, gendarmerie and cavalry, who marched alongside students, war veterans and athletes through the streets of the region's largest city Banja Luka.

Crowds of onlookers and those marching waved Serb red, blue and white flags. The members of a special police unit sang songs referring to the Serb Republic as the state of Christian heritage.

There was no sign of the Serb regiment of Bosnia-Herzegovina's joint armed forces, which had been deployed to the parade in previous years. Instead, the focus was on the militarized police force, which led the parade with specially designed combat vehicles as helicopters hovered above.

"There is no freedom for the Serb people without the state," Milorad Dodik, who is currently serving as the Serb member in Bosnia-Herzegovina's tripartite interethnic presidency, said in an address to the crowd watching the parade.

Dodik, a pro-Russian nationalist, has repeatedly threatened to pull out the Serb representatives from Bosnia-Herzegovina's armed forces, tax system and judiciary and create Serb separate institutions.

Last Wednesday, he was freshly sanctioned by the United States for corruption and threatening the stability and territorial integrity of Bosnia-Herzegovina.

The U.S.-brokered Dayton peace agreement in 1995 ended 3-1/2 years of ethnic warfare in Bosnia, dividing the Balkan country into two autonomous regions – the Serb Republic and the Federation dominated by Bosniaks and Croats.

Dodik's secessionist rhetoric of recent months has encouraged Serb nationalists who in recent days provoked incidents across the Serb Republic, firing in the air near the mosques during prayers, publicly praising convicted war criminals and threatening their Muslim neighbors.