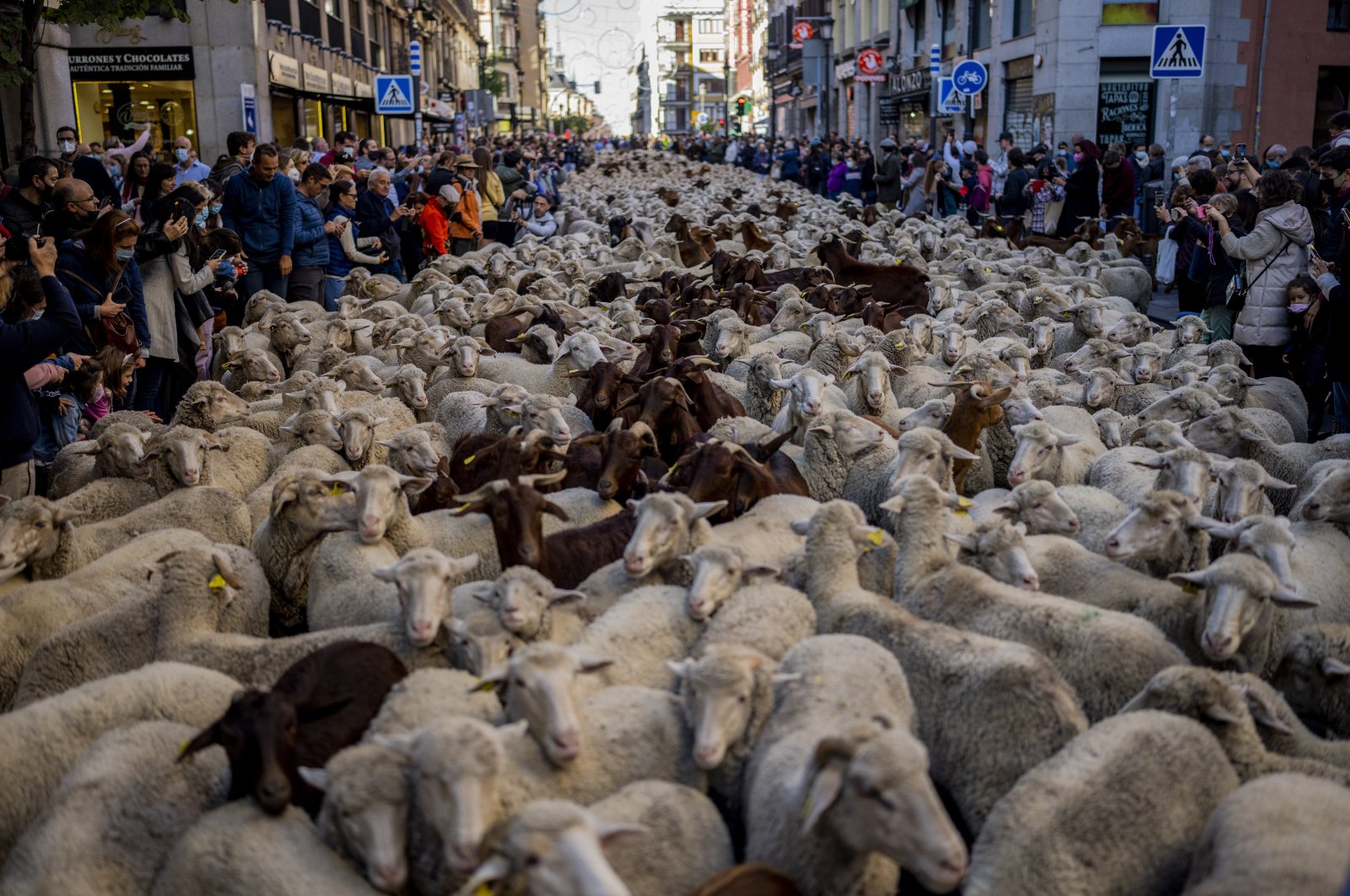 Where usually cars would line the streets of Spain's capital, now sheep will be the focus of traffic reporters for a bit. The clanking of bells replaced the revving of engines as shepherds guided their flocks through the heart of Madrid, following ancient seasonal herding routes.

Locals lined the route to welcome back the spectacle, which was canceled last year because of the COVID-19 pandemic.

The annual event, which started in 1994, allows shepherds to exercise their right to use traditional routes to herd their livestock from northern Spain to more southerly pastures for winter grazing.

The route would have taken them through the quiet countryside a few centuries ago, but today sees them traverse the busy city.

"It's marvelous. I come every year and this is the first year I've brought the children, so it's amazing," said Graciela Gonzalez, 39.

The sheep walked to the sound of their jangling neck bells. Shepherds dressed in traditional dress accompanied their flocks with folk music and dancing.

Children more used to seeing traffic jams on the city streets enjoyed the opportunity to get up close to the animals.

"We can sometimes touch them," said Carmen Iglesias, 8, who was watching with her father and younger sister Noa, 6.