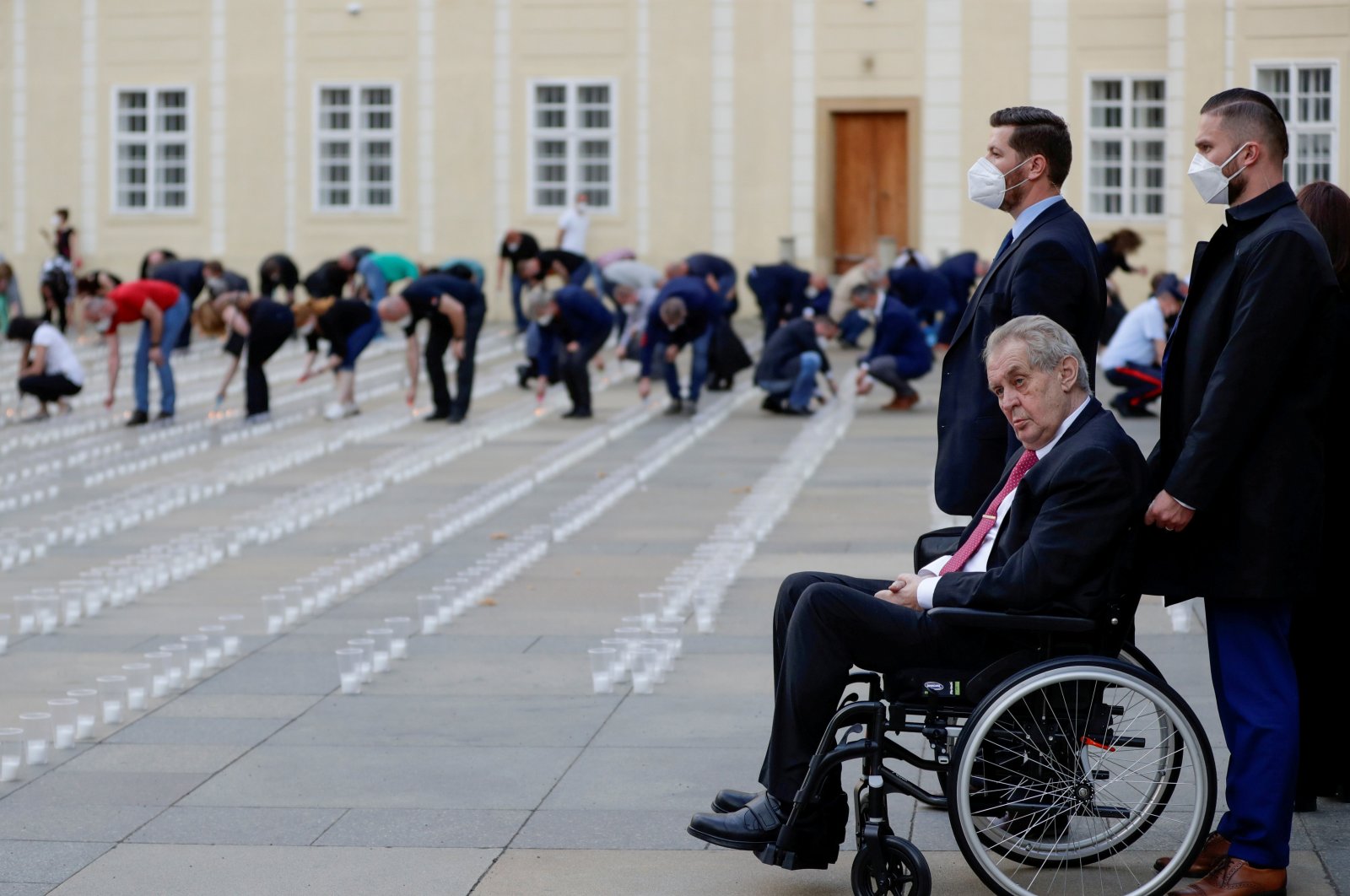 The Czech president is currently unable to carry out his duties, an official said on Monday, citing a report from the hospital where Milos Zeman has been in intensive care for more than a week.

The speaker of the Czech Senate, Milos Vystrcil, told reporters that a letter he received from the Prague military hospital where Zeman is being treated says the 77-year-old president is unable to work.

According to the letter signed by the hospital’s director, Miroslav Zavoral, Zeman is unable to perform “any working duties for health reasons” and the long-term prognosis is “very uncertain.” It said Zeman’s return to his duties in the next several weeks is “very unlikely.”

Vystrcil said parliament thus needed to discuss enacting a constitutional clause that shifts the president’s duties to other officials, including the appointment of a new prime minister following the Oct. 8-9 election.

Zeman was rushed to the Czech capital’s military hospital on Oct. 10, a day after the election for the lower house of parliament.

The hospital previously said Zeman was in an intensive care unit in stable condition, but further details about his current health status were unknown.

Zeman’s wife said last week that he needs time to recuperate amid uncertainty over whether his condition would impact efforts to form a new government.

“I can only confirm that he has been undergoing treatment that needs time,” Ivana Zemanova said. “I’d like to ask you for patience and time he needs to regain strength.”

Zeman is a heavy smoker and drinker who has suffered from diabetes. He has trouble walking and has been using a wheelchair.

As president, Zeman has a key role in establishing a new government. Although the office is largely ceremonial, the Czech president is responsible for tapping a party leader to try to form a government after a parliamentary election.

If Zeman is not able to act due to his illness or other reasons, the prime minister and the speakers of both houses of parliament will take over his presidential powers.

The new speaker of the lower house will select the premier if that happens. The new house will first meet on Nov. 8 to elect the speaker and other officials. After that, the outgoing government of Prime Minister Andrej Babis has to resign.

Vystrcil said the Senate representatives will meet the leaders of the parties elected to the lower house on Tuesday to discuss the temporary transfer of presidential powers.

A majority of lawmakers present in both houses of parliament is necessary to make the transfer happen. Despite that, Zeman would still be the president.

Because of the lack of information about the president, Vystrcil approached the hospital to advise him of Zeman’s prognosis after the presidential office failed to do so.

Zeman was previously admitted for hospitalization on Sept. 14 for what his office described later as a planned examination. The office said the president was only dehydrated and slightly exhausted. Zeman was discharged after eight days. He spent four days in the same hospital in 2019 for similar reasons.

The two coalitions have pledged to govern jointly. They are closer to the European Union mainstream than euroskeptic Babis.

Together won 71 of the 200 seats in the lower house of parliament and the center-left alliance won 37 seats, which would give their government a comfortable, 108-seat majority.

Babis’ ANO won 72 seats, six fewer than it did in the 2017 election. He said he was ready to be in opposition despite Zeman's offer to try to form a government. The two are close allies.