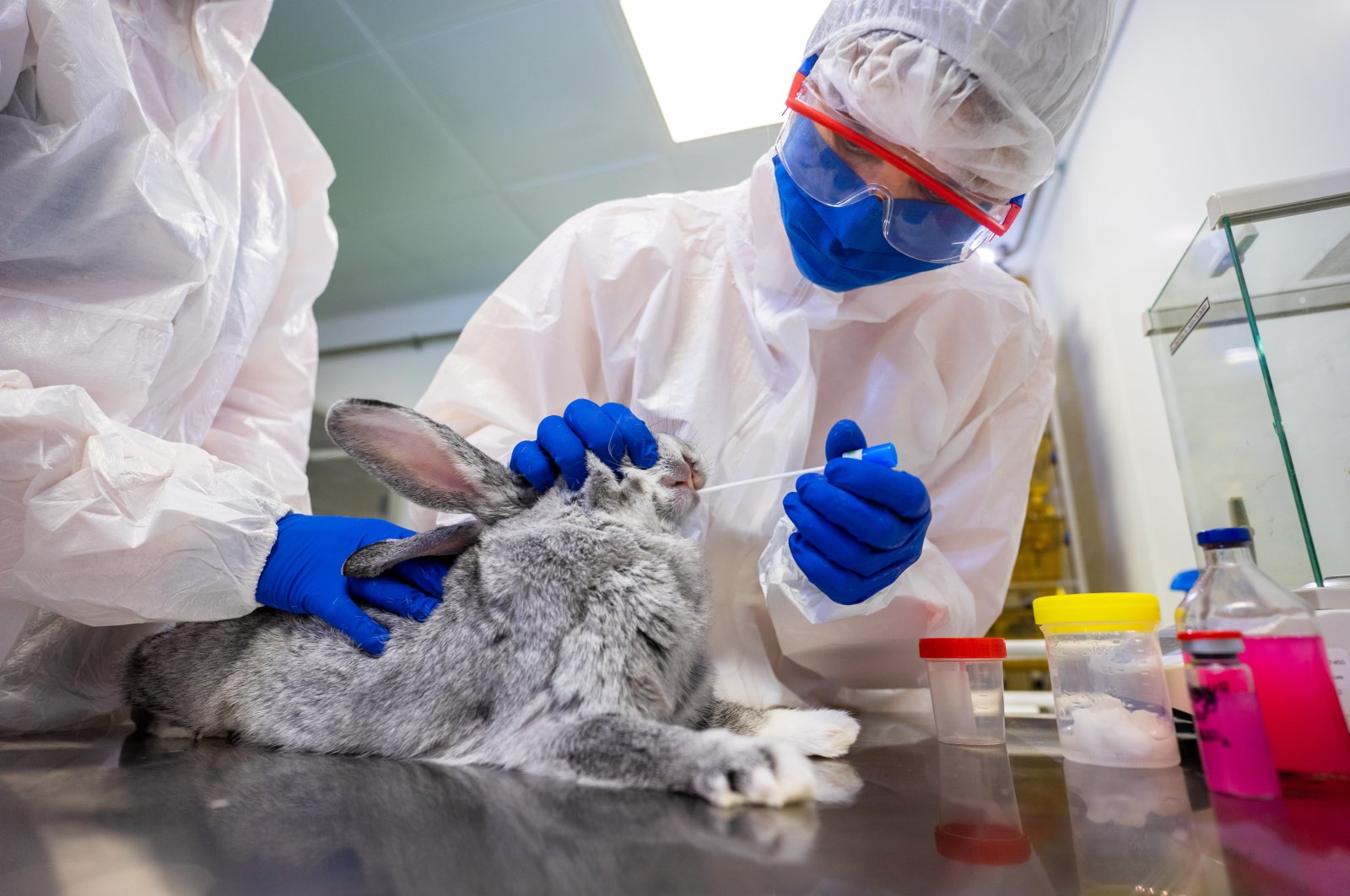 A specialist collects a swab sample from a rabbit at a laboratory of the federal center for animal health during the development of a vaccine against the coronavirus disease (COVID-19) for animals, in Vladimir, Russia, on Dec. 9, 2020. (REUTERS Photo)
by French Press Agency - AFP Apr 12, 2021 9:35 pm
RECOMMENDED

Spanish police and prosecutors said Monday they were investigating an animal testing lab after undercover footage showed staff there tossing around, smacking and taunting dogs, pigs and other animals.

"We were dismayed to see the images," the head of the government's directorate-general for animal protection, Sergio Garcia Torres, told Agence French-Presse (AFP).

"It is a blatant case of animal abuse."

Footage published Thursday by Cruelty Free International appears to show animals at the Vivotecnia animal testing facility being cut into without having received anaesthetics.

Staff were also filmed swinging dogs and rats around and in one clip someone is drawing a face on a monkey's genitals as the animal is pinned to a table.

The group said the footage was taken by a whistleblower who worked at the facility, which is on the outskirts of Madrid, between 2018 and 2020.

"There can be no doubt that such gratuitous cruelty causes unnecessary distress and suffering," the animal rights group said in a statement. "It is also unlawful."

Police and public prosecutors said Monday they had opened separate investigations into Vivotecnia, which carries out experiments on animals for the pharmaceutical, cosmetic and food industries.

The company's phone number was no longer working on Monday and its website was down for maintenance.

In a statement cited by Spanish media, Vivotecnia Chief Executive Andres Konig said he was "shocked" at the images. But, he added, they did not "demonstrate the day-to-day reality at Vivotecnia."

Following the outcry caused by the release of the footage, the Madrid regional government on Sunday temporarily halted activity at the animal testing facility.

Animal rights political party PACMA has filed a lawsuit against the managers of the company and urged the government to step up its supervision of animal testing.

"It's a very opaque world and it could be that this is happening regularly without us knowing," PACMA President Laura Duarte told AFP.

The Vivotecnia laboratory animals were examined by veterinarians and are being moved to other facilities.