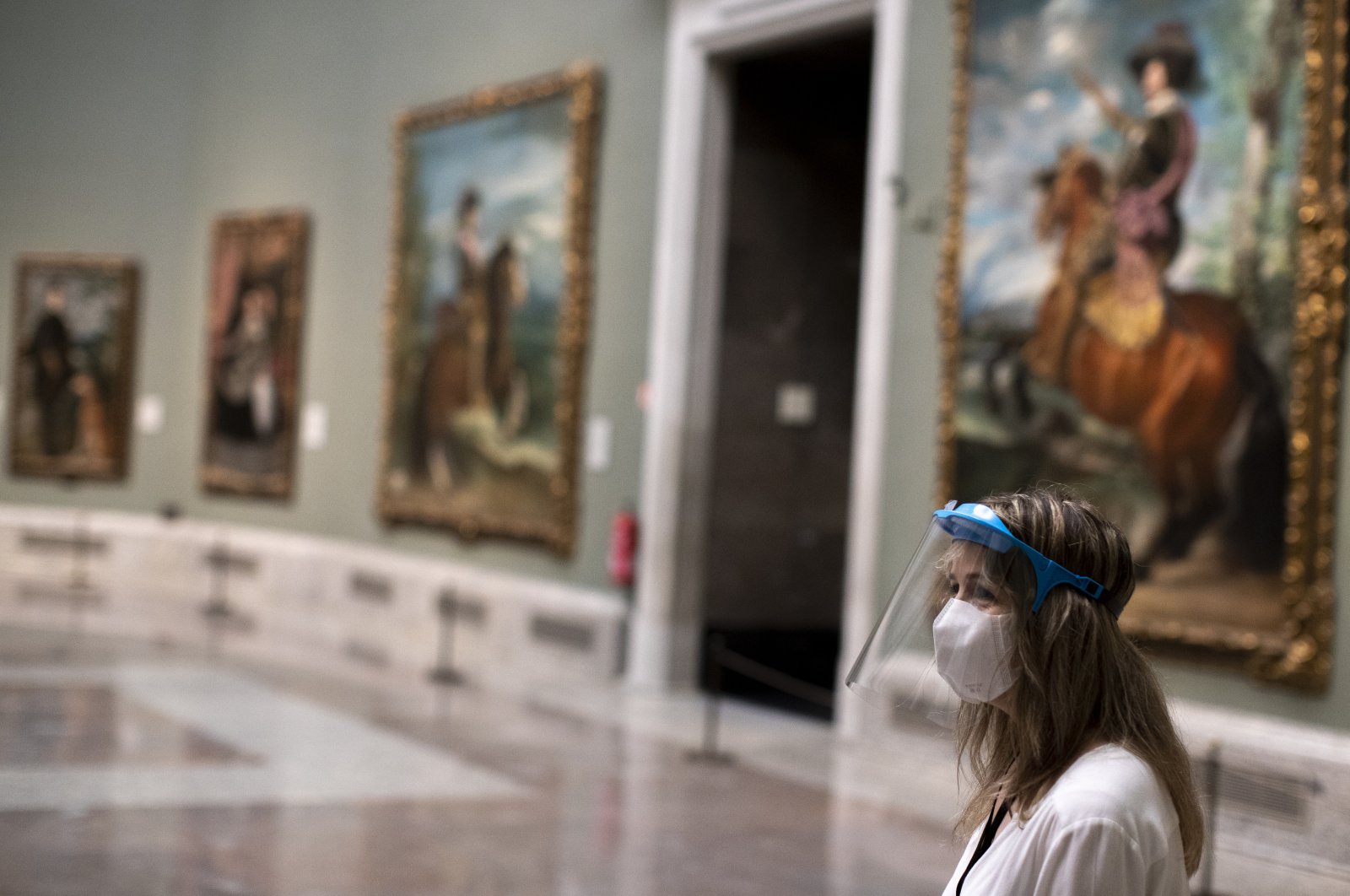 A staff member of museum wearing face mask and shield protection as protection against coronavirus stands for reopening on June 6 amid the coronavirus outbreak at Prado museum in Madrid, Spain, June 4, 2020. (AP)
by Anadolu Agency Jun 04, 2020 7:23 pm
RECOMMENDED

Spain's Health Ministry reported 195 new coronavirus cases and five deaths on Thursday as the country prepares for a state of emergency to continue until June 21.

The number of infections diagnosed Wednesday is down slightly from the 219 people who tested positive on Tuesday, but up from Monday and Sunday.

In total, 240,660 infections have been confirmed in the country.

The ministry also raised the official death toll by five as the total now stands at 27,133. Since Monday, the total number of deaths has increased by only six. Yet, Spain's Health Ministry has been slammed both nationally and internationally for how it counts fatalities.

The biggest criticism maybe is that it only adds new deaths to the official tally if they occurred in the 24 hours prior to the publishing of the statistics.

If, for instance, someone died on Monday but the ministry does not receive the information of that death until Thursday, that death is not included in the total.

An article published Thursday in the Financial Times called the ministry's data "erratic" and "misleading."

Spain's official death toll also only includes people who died after having tested positive for COVID-19.

However, at the peak of the crisis, testing was limited and many people, especially those in nursing homes, died before taking a test.

Data published on Wednesday by Spain's National Institute of Statistics (INE) also showed that during the first 21 weeks of 2020, just over 225,930 people died in Spain, nearly 44,000, or 24.1% more than the historical average.

By May 18, however, the level of fatalities in the country had returned to normal levels.

On Wednesday night, the Spanish government extended the state of alarm, for the sixth time, until June 21. According to Prime Minister Pedro Sanchez, this will be the last extension.

Local media reported that masks and social distancing will remain mandatory after the state of alarm ends.