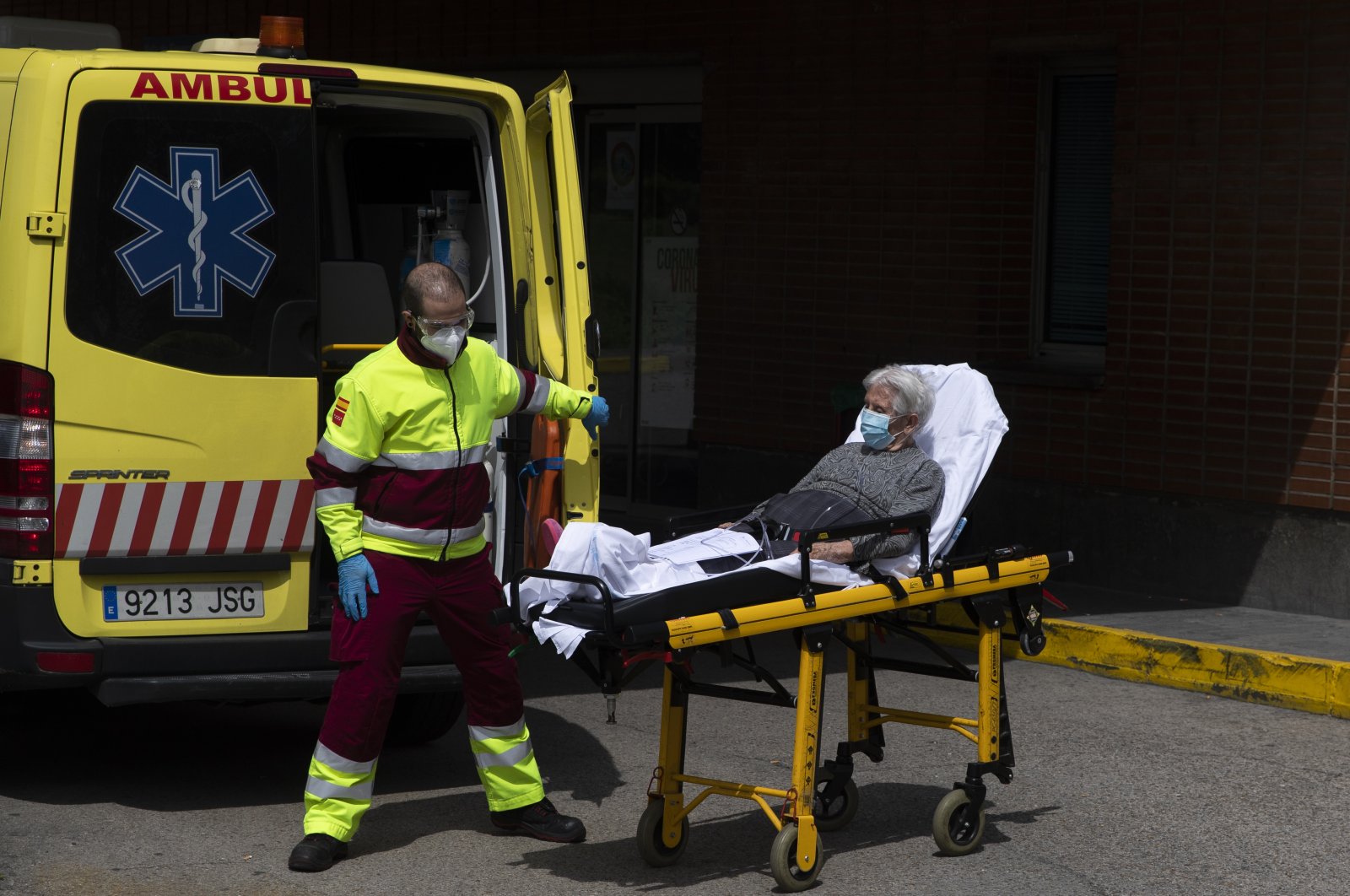 An emergency worker wearing a face mask transports an elderly patient to an ambulance at the Severo Ochoa Hospital in Leganes, Spain, April 18, 2020. (AP Photo)
by Compiled from Wire Services
Apr 20, 2020 1:19 pm

Spain registered 399 more deaths Monday, bringing the total number of confirmed COVID-19 victims in the country to 20,852, according to the Health Ministry.

On Monday, the country also surpassed the 200,000 mark for confirmed cases, after finding another 4,266 infections. Spain has the second-most cases in the world, after the United States.

Sunday, when the daily death toll dipped to 410, emergency health chief Fernando Simon said the data "gives us hope," but added the caveat that data from the weekends can be delayed. Yesterday was the first time the daily death toll has fallen below 500 since March 23.

Spain's official death count only includes people who were tested and confirmed to have the disease. It leaves out those who died without tests in care homes, private dwellings or even hospitals, due to limited resources.

Meanwhile, the Bank of Spain said Monday that the country's economy is likely to contract by between 6.6% and 13.6% in 2020 as a result of the deadly coronavirus pandemic.

The estimated contraction would be "unprecedented in recent history" even if the scope of it was subject to "huge uncertainty" depending on how long the current lockdown, which began on March 14, would continue, the bank said in a statement.

The Spanish government is starting to relax its confinement measures, trying to reactivate the economy after a two-week freeze and allowing children under 12 years old to venture out to the streets for brief periods starting next week.

The government had been under pressure from regional governments, parents and some educators to ease the lockdown for children. The government says they will be allowed to get out for brief periods on a daily basis starting on April 27 but that all the details need to be ironed out with experts this week.