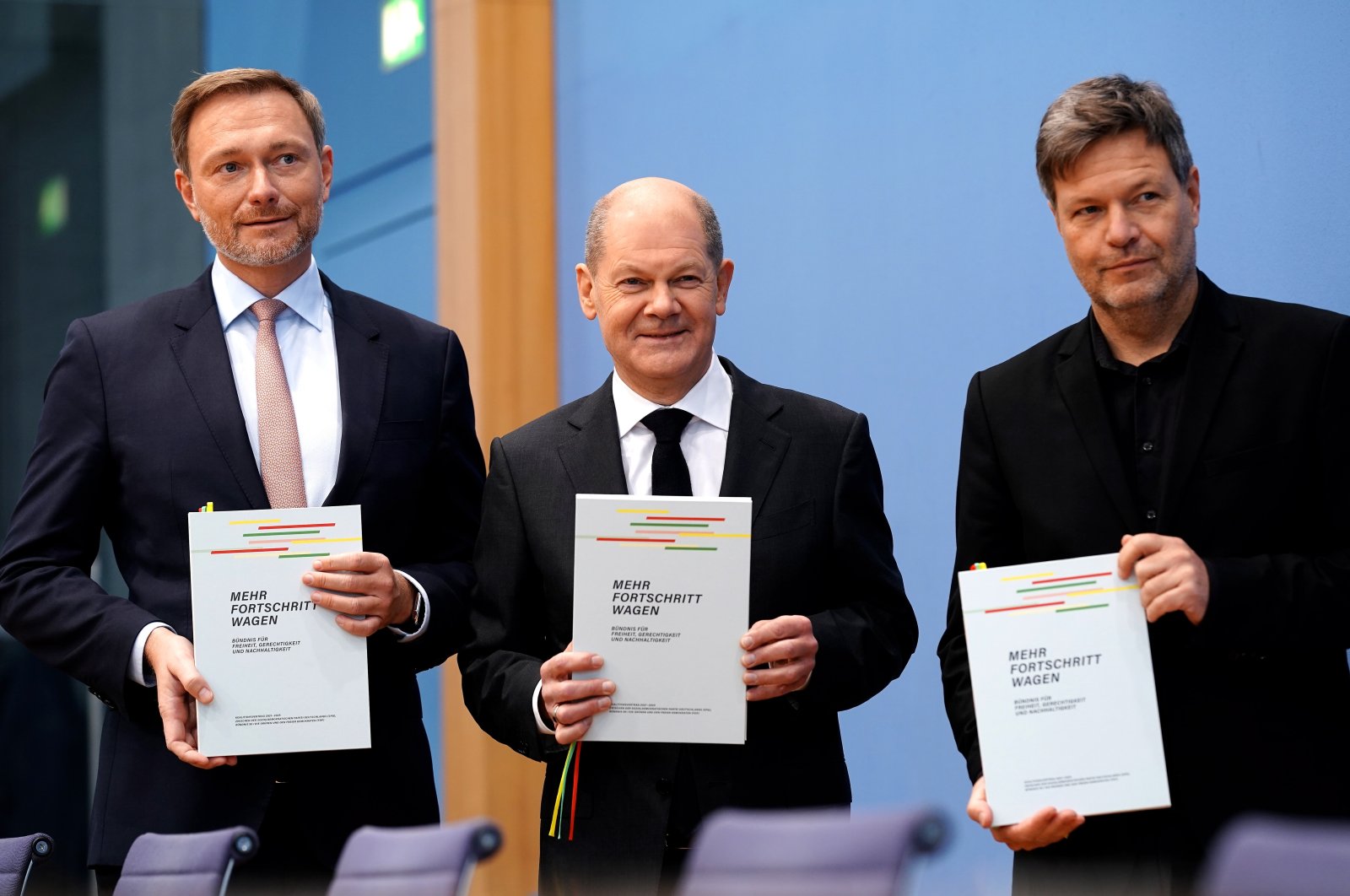 Paving the way for a new German government to take office this week, the Social Democratic Party (SPD), the Greens and the Free Democrats (FDP) signed a coalition deal in the capital, Berlin, on Tuesday.

Olaf Scholz of the SPD is set to to take over as chancellor following a vote in parliament on Wednesday, as Angela Merkel bows out after 16 years in office.

The Free Democrats had reached an agreement last month to form a coalition with Scholz's Social Democrats and the environmentalist Greens, effectively crossing the aisle to ally with the two parties.

Leaders of the three groups – known collectively as the "traffic light" coalition, because of their party colors: red, yellow and green – gathered at a central Berlin venue to ink the deal hammered out in the weeks following the late September elections.

The new Cabinet, made up of seven ministers from the SPD, five from the Greens and four from the FDP, and nearly evenly divided between men and women, is to be sworn in the same day.

"That will be a tomorrow on which we launch a new government," Scholz said. The outcome from the weeks of negotiation had made progress possible, he added.

The battle to contain the coronavirus pandemic would demand the full powers of the new coalition, Scholz said.

Robert Habeck, co-leader of the Greens and Scholz's future deputy, said his party's aim was "a government for the people in Germany."

Habeck, who is to head a super-ministry for the economy, energy and the climate, referred to the challenges facing Europe's largest – and the world's fourth-largest – economy in combining the reduction of greenhouse gas emissions with securing prosperity.

FDP head and future finance minister Christian Lindner said the time for action was about to begin. "We are not under any illusions. These are major challenges that we are facing."

After the leaders hammered out the deal, the parties went back to their memberships and executives to secure approval for the 177-page document.

The signing ceremony was at the Berlin Futurium, a center for exhibitions on the technologies of the future.