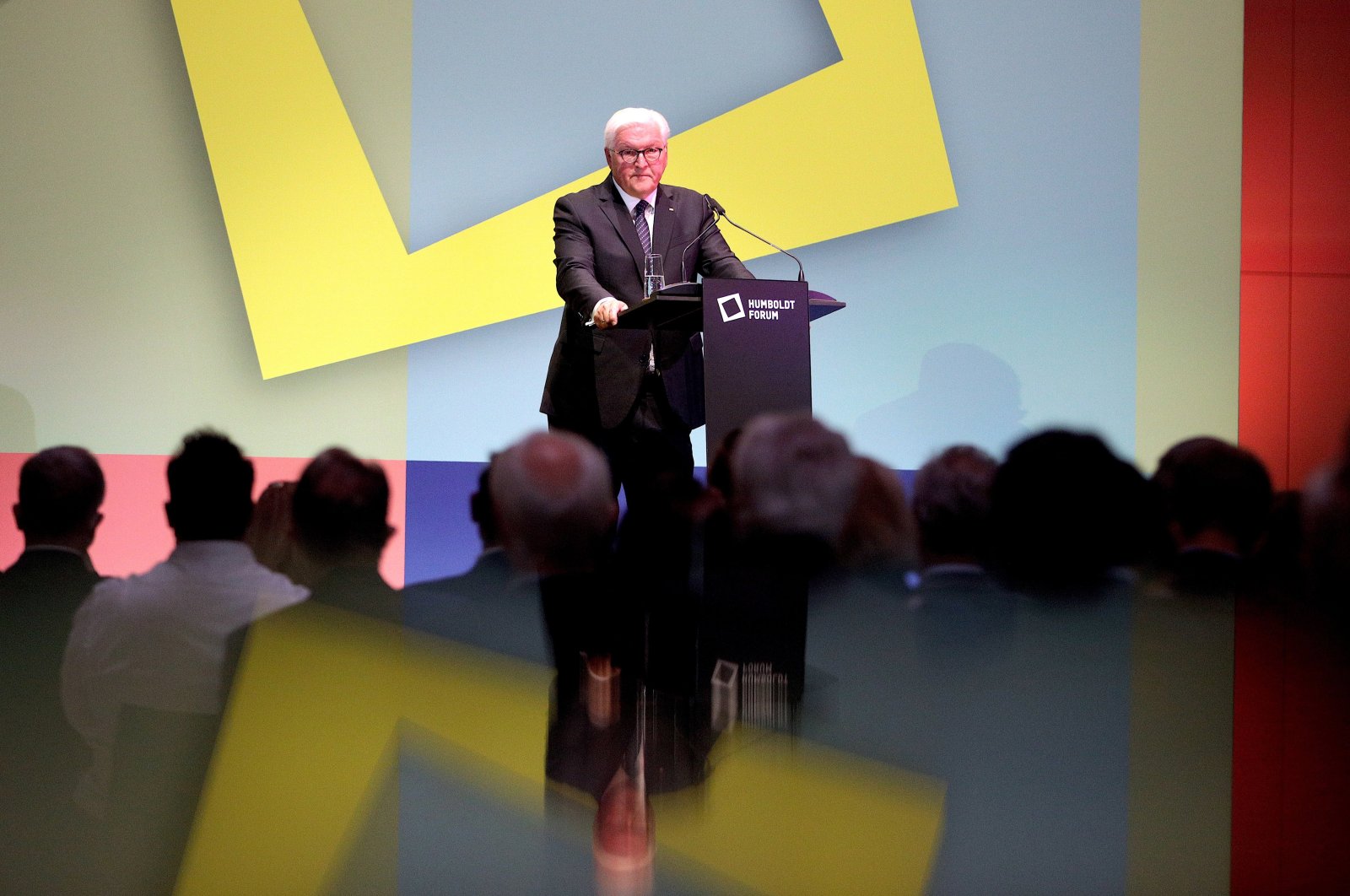 German President Frank-Walter Steinmeier addresses the participants of the ceremonial opening of the exhibitions at the Ethnological Museum and the Museum for Asian Art of the State Museums of Berlin at the Humboldt Forum Museum, in Berlin, Germany, Sept. 22, 2021. (EPA Photo)
by German Press Agency - DPA Sep 22, 2021 8:46 pm
RECOMMENDED

During a ceremony to open the first sections of the Ethnological Museum and the Museum of Asian Art on Wednesday, Steinmeier said that Germans had oppressed, exploited, robbed and killed people during the colonial era. Bringing more light into the darkness here was not only a task for historians, he added.

Steinmeier also addressed German atrocities during the colonial era in Namibia, where some 75,000 Herero and Nama were killed under German colonial rule. It had taken too long to even acknowledge this crime, he said. "The crimes of that time, they still have an effect today."

Steinmeier said that Germans would "only be able to understand and overcome the deeper roots of everyday racism if we illuminate the blind spots in our memory, if we deal with our colonial history much more than we have so far!"

Nigerian writer Chimamanda Ngozi Adichie, also in attendance at the ceremony, pointed out in her speech that while European countries no longer deny their colonial history, they still shirk responsibility for it even today.

Adichie said she would like to see more courage to not only listen to criticism but also to translate it into action.

Before the opening, Steinmeier met with the heads of several German ethnological museums as well as representatives from former German colonies to discuss the role of museums in exposing colonial injustices.

Meanwhile, in front of the Humboldt Forum, about 100 people protested for the speedy return of objects that were looted by Germany during the colonial era.

Located in the center of Berlin, the Humboldt Forum is a state-of-the-art museum complex that cost hundreds of millions of euros to build. It has been described as an ethnographic museum for the 21st century, but it is opening at a critical juncture for European museums whose collections contain plundered items from the colonial period.