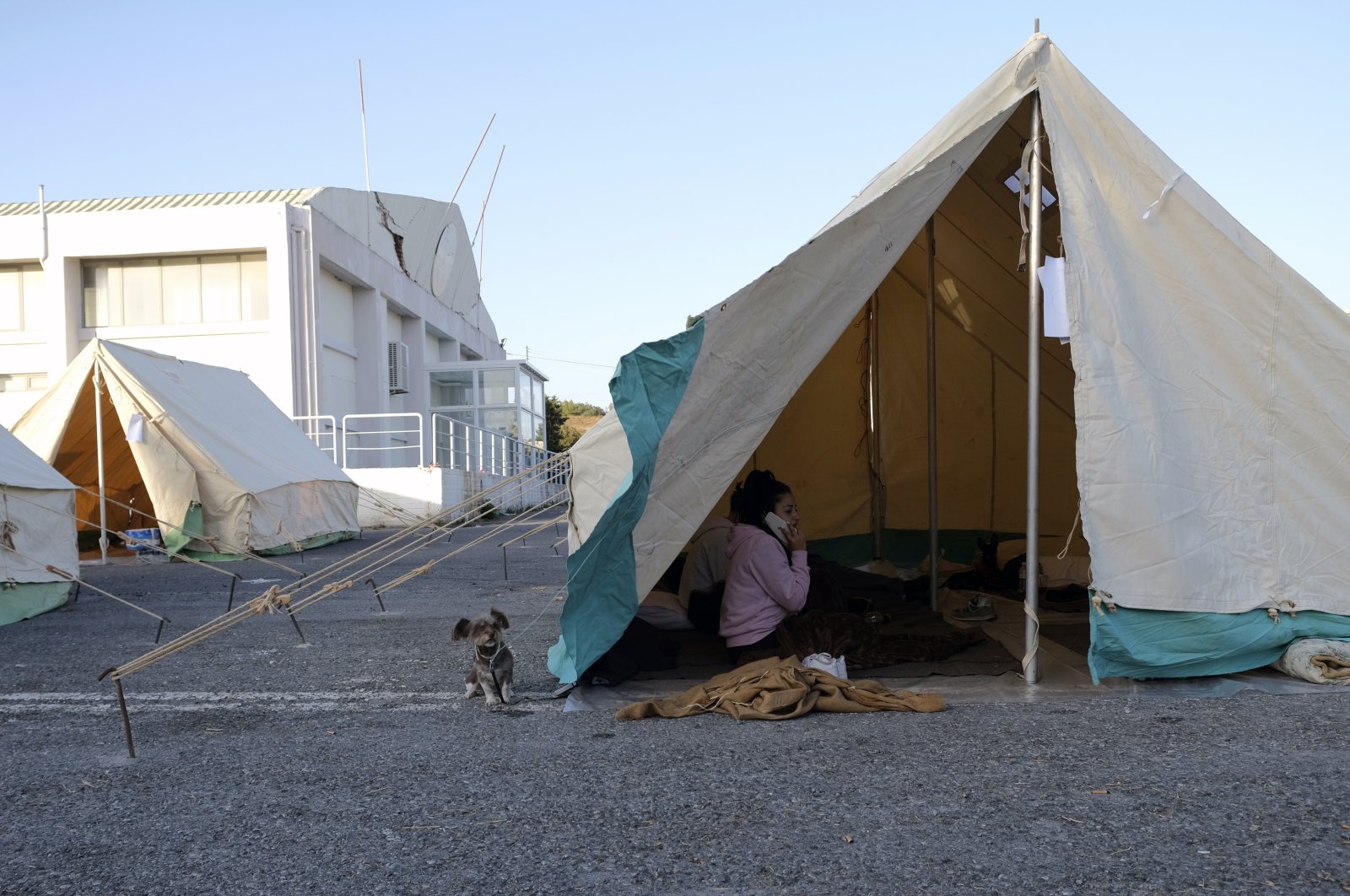 A woman speaks on her cellphone as a dog stands outside a tent in Arkalochori village on the southern island of Crete, Greece, Tuesday, Sept. 28, 2021. (AP Photo)
by Agencies Sep 28, 2021 9:56 am
RECOMMENDED

Aftershocks rattled Greece's largest island of Crete Tuesday, a day after a strong earthquake killed one person, damaged hundreds of buildings and left many homeless.

On Monday, an earthquake with a preliminary magnitude of at least 5.8 struck Crete, sending people rushing into the streets, damaging homes and causing rockslides. One man was killed when a church in a village near the epicenter collapsed, The Associated Press (AP) reported.

Greece's Climate Crisis and Civil Protection Ministry said Monday’s temblor was "most probably the main earthquake,” and noted such events are followed by "intense seismic activity” in the form of aftershocks. It warned the area’s residents to avoid buildings that were even slightly damaged, and to follow directions by authorities.

Hundreds of homes are believed to have been damaged by the initial quake, and many local residents spent the night in tents set up by authorities. Greece lies in a highly seismically active region and experiences hundreds of earthquakes each year. The vast majority are small and cause no damage or injuries.

The epicenter of Monday's earthquake was near the agricultural town of Arkalochori, where a man was killed inside a church that collapsed and nearly a dozen other people were injured.

"It was a very difficult night, we had many aftershocks ... we were awake all night," Arkalochori community head Chryssoula Kegeroglou told ERT state radio, according to remarks carried by Agence France-Presse (AFP).

Authorities have put up tents to host hundreds of people whose homes are deemed unsafe to return to at present, and have also made dozens of hotel rooms available. Kegeroglou said around a thousand people spent the night in tents in the outlying area.

The last deadly quake in the country occurred on March 3 in the central town of Elassona, killing one person, injuring 10 and causing major damage.