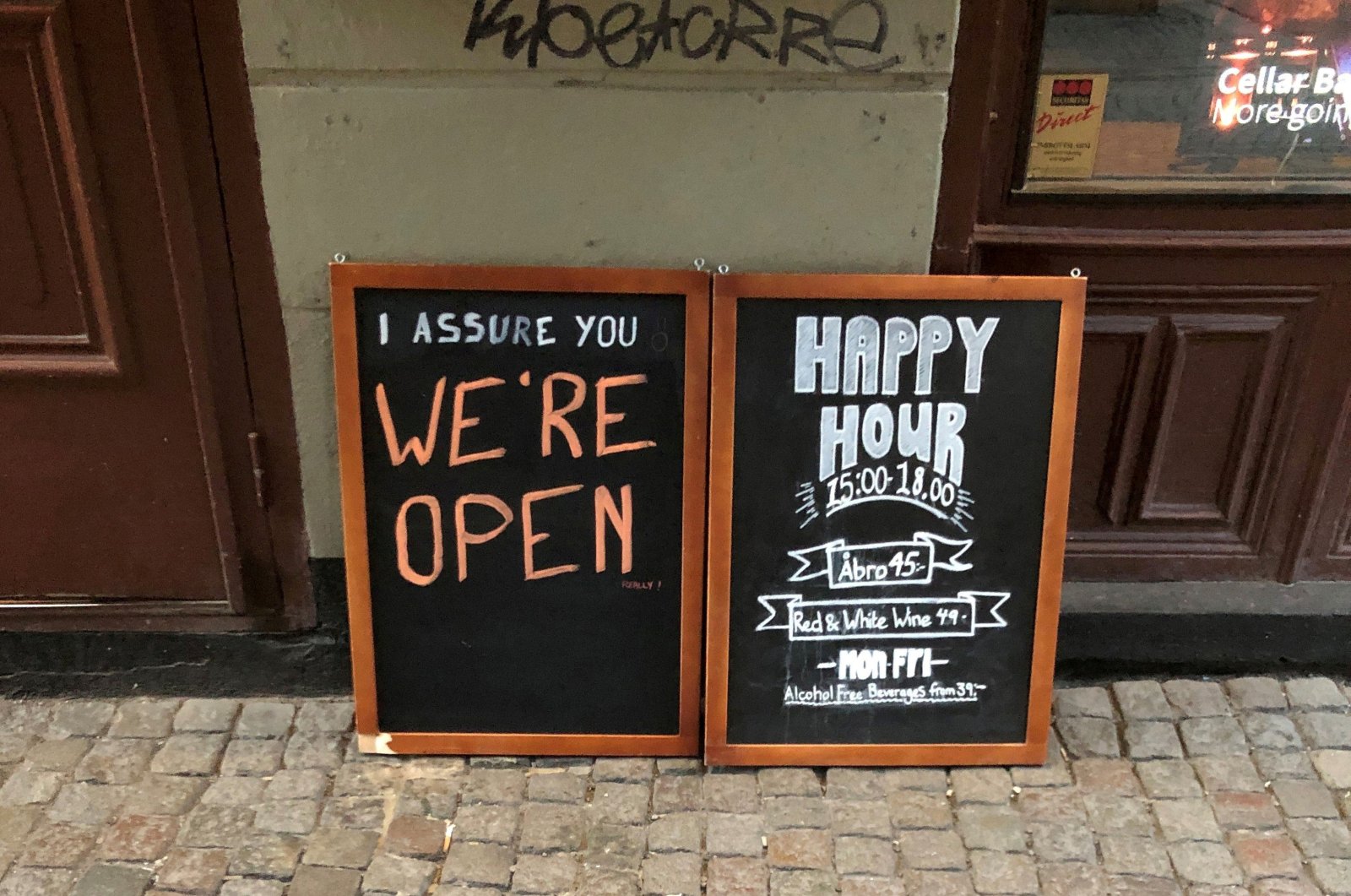 A sign assures people that the bar is open during the coronavirus outbreak, outside a pub in Stockholm, March 26, 2020. REUTERS
by REUTERS Jun 11, 2020 6:33 pm
RECOMMENDED

Sweden announced its highest daily tally of coronavirus infections Thursday, a record 1,474 new cases that authorities said was due to a long-delayed surge in testing.

The country's tactics to contain the epidemic have come under close scrutiny since it eschewed a lockdown in favor of mainly voluntary measures and its chief epidemiologist acknowledged last week it could have done more.

Thursday's figure took the total number of infections to 48,300, though the Public Health Agency said the number of deaths was slowing.

The rise in new cases "is a direct consequence of increasing testing in the regions and catching cases with mild symptoms," the head of microbiology at the agency, Karin Tegmark-Wisell, told a news conference.

"It has been a slow upturn, but now it seems that the effect of increased testing is becoming clear."

Facing growing criticism from the opposition over a sluggish expansion of testing, the government last week pledged a further 5.9 billion crowns ($639 million) to increase testing and widen contact tracing across the country.

Deaths in Sweden caused by the disease have gradually declined from peak levels in mid-April of about 100 per day with the seven-day rolling average hitting 37 per day at the beginning of June, Tegmark-Wisell said.

The agency reported 19 new deaths on Thursday, taking the total to 4,814, many times higher per capita than in neighboring Nordic countries, but lower than the worst-hit parts of Europe including Spain, Britain, and Italy.

"For an accurate picture of how the pandemic is developing, it is useful to look at the people treated for COVID-19," Health Minister Lena Hallengren told a separate briefing.

"We can see that the number of people treated in intensive care is decreasing at a slow but steady rate."