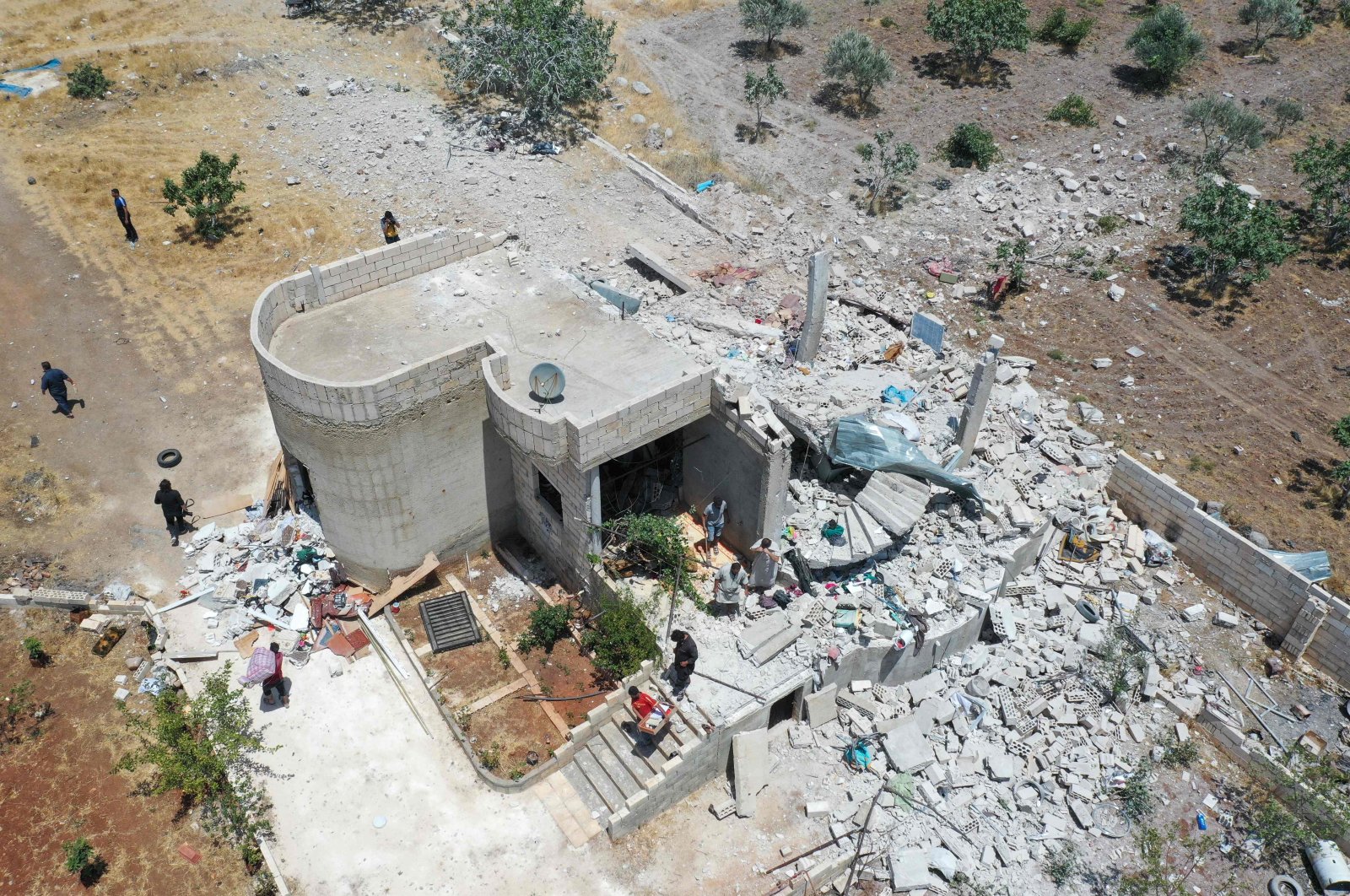 A Syrian mother has emerged triumphant from a Danish courtroom after the country declared Syria's capital Damascus and its surrounding areas safe for the return of refugees.

"Today, when I woke up I felt that I was born again. And, of course, I'm feeling very happy. I believe God saved us during the long journey at sea," Rasha Kairout said a day after her Wednesday court hearing.

First making her way to Turkey from Syria – now in its 11th year of civil war – Kairout then crossed to Europe in rubber boats in a voyage she had previously recounted to Anadolu Agency (AA).

"And God also saved us this time by granting us asylum-seeker status here in Denmark, Copenhagen," she added.

Denmark recently became the first EU country to deem Damascus and its surroundings safe for the return of Syrian refugees.

Kairout, like many other Syrians in Denmark, faced uncertainty and had to challenge the decision of the Danish authorities. She appealed to the court, which on Wednesday ruled that she and her two children – daughter Louseen, 15, and son Qusai, 13 – could remain in Denmark.

She came to Denmark in 2015 and for six years has lived in safety and security, making the Scandinavian nation home for herself and her family.

"I was at the court with my children, and they were very stressed and afraid of the ruling before it was taken. When I left (the courtroom) and informed them of our status, it was like we were born again and we have a new life here," she added.

After working at a hotel for a year and a half, Kairout lost her first job during the coronavirus pandemic but found another at an elderly care home.

"After this ruling, my workplace contacted me and told me they would grant me a permanent job opportunity. And, of course, my children will continue their normal life as it is supposed to be after four or five months of tension waiting for the verdict," she said.

Kairout said she could not be "100% happy" as there are still Syrians facing the difficulties she faced.

"I can count 200 cases from Damascus who are in the same situation, we can say that the Syrians are facing a lot of difficulties from such a situation and they're going through its psychological effects," she said.

Syrians came to Denmark to flee from the war crimes of the Bashar Assad regime in Syria, she added.

"It was an unfair decision to name Damascus as a safe place. We can say that there is no shelling, no bombardment in Damascus but the regime is still there," she said.

"And that's the threat for Syrian families and Syrians who fled Syria. We can say that after more than six years of living in Denmark, it would be very difficult for Syrians to return to Damascus under the regime of Bashar Assad."

Kairout called on Danish authorities to re-examine the situation at hand and appealed to people in the country to extend their support to the Syrians' plight.

Praising her Danish lawyer, she said: "She was very strong. She was very courageous. And, she tackled and addressed the case very professionally."

At least 189 Syrians have been denied renewal of their temporary residence status since last summer. Danish authorities called the move justified, citing a report asserting that the security situation in parts of Syria has "improved significantly."

“The Danish Refugee Council disagrees with the decision to deem the Damascus area or any area in Syria safe for refugees to return to – the absence of fighting in some areas does not mean that people can safely go back. Neither the U.N. nor other countries deem Damascus as safe.”

During 10 years of war, Bashar Assad's regime has been accused numerous times of using the "secret police" to torture and over 100,000 people have disappeared. According to Human Rights Watch, arbitrary detentions are widespread in areas formerly controlled by rebels who have signed reconciliation agreements with Damascus.

Areas under the regime are unstable. There has been little recovery, services such as water and electricity are in short supply and the collapse of the Syrian pound last year skyrocketed food prices by 230%.