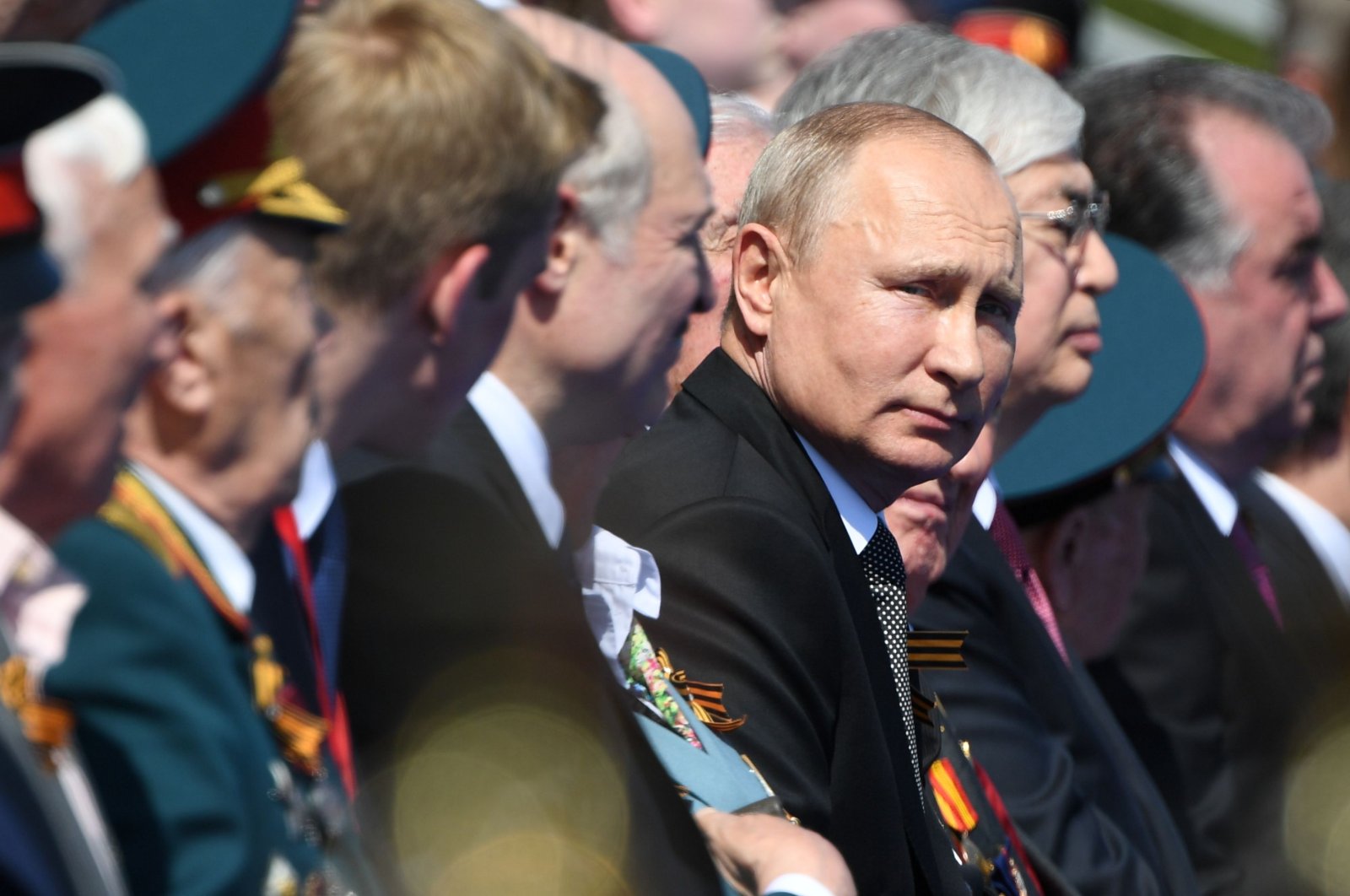 Russian President Vladimir Putin prior to a military parade, which marks the 75th anniversary of the Soviet victory over Nazi Germany in World War II, at Red Square in Moscow, June 24, 2020. (AFP Photo)
by French Press Agency - AFP
Jun 24, 2020 12:26 pm

Russian President Vladimir Putin on Wednesday said the world owed the Soviet Union a debt of gratitude for its contribution to the defeat of Nazi Germany in World War II.

The Russian leader made the comments at the beginning of a massive military parade through Red Square in Moscow to mark the 75th anniversary of the Soviet Union's victory in World War II.

"It is impossible even to imagine what the world would be if the Red Army hadn't come to defend it," Putin said in an address to thousands of troops gathered to participate in the annual Victory Day parade.

Soviet soldiers "freed European countries from invaders, put an end to the terrible tragedy of the Holocaust, saved the German people from Nazism, from its deadly ideology," Putin said.

"Our duty is to keep this in mind," he said during the televised address, urging Russians to remember that the main burden of the fight against Nazism had fallen on the Soviet Union.

The Russian president was forced to postpone the country's traditional May 9 Victory Day celebrations due to the coronavirus pandemic, but it was the first mass event rescheduled by the Kremlin after it eased lockdown measures.

This year's parade, marking 75 years since the Soviet Union's defeat of Nazi Germany, features some 14,000 troops from 13 countries, as well as vintage equipment and the latest military hardware showing off Russia's fighting capabilities.

In his two decades in office, Putin has harnessed the legacy of the Soviet Union's victory in World War II to boost patriotic sentiment and support for his government.

Ahead of the parade, he slammed the West for "insulting Russia" by playing down the USSR's role in winning the war.