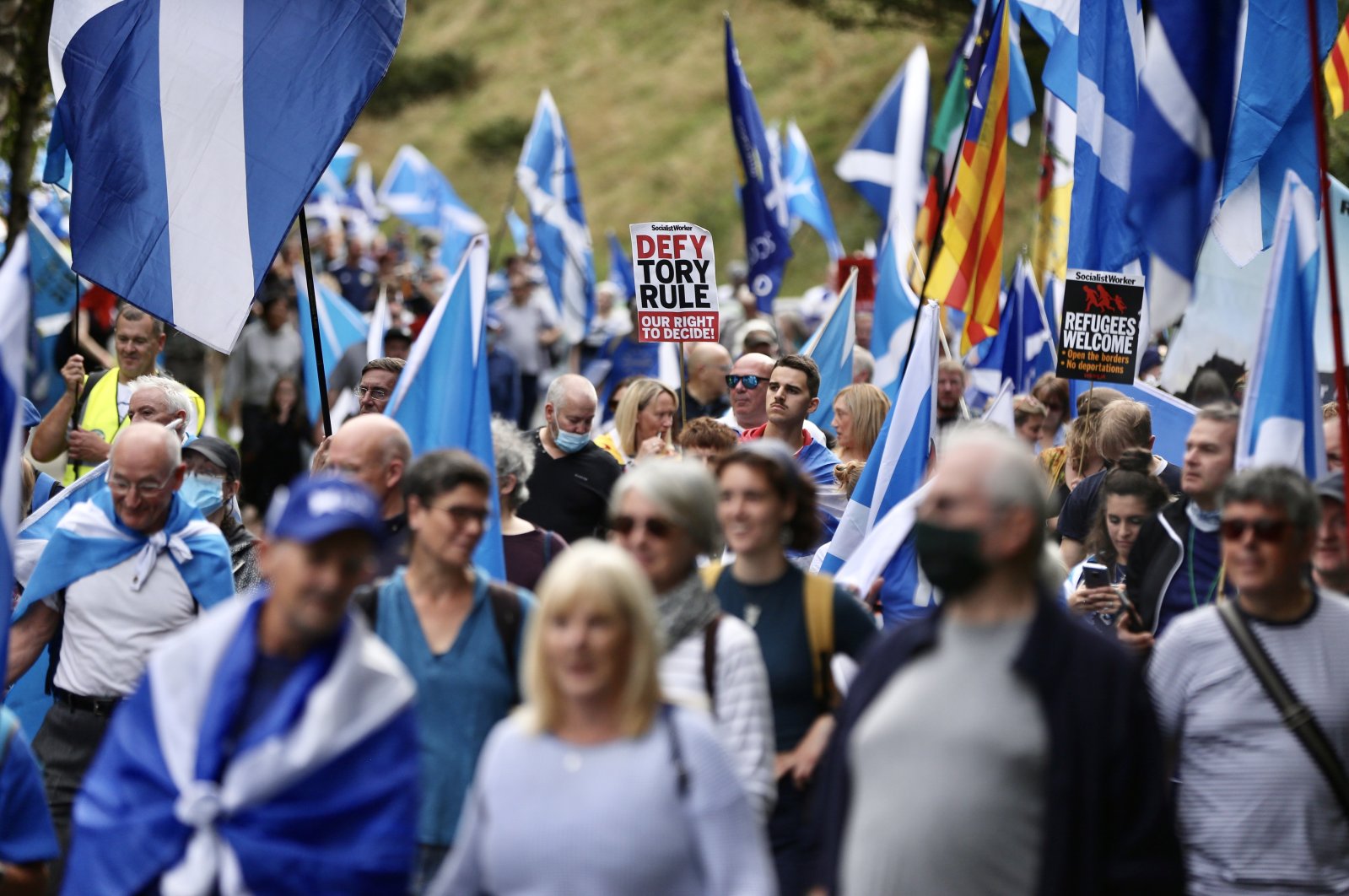 Thousands of Scots marched to demand independence from the U.K. in the nation's capital Edinburgh on Saturday.

The march started near the Royal Commonwealth Pool just after midday and protesters marched through the city streets to arrive at the Scottish Parliament.

Some banners carried at the rally read "Break Up the British State," "Independence Now" and "Hope over Fear."

Keir McKechnie, spokesperson for organizers All Under One Banner said Scots do not want to be part of the "toxic union."

Speaking to Anadolu Agency (AA), McKechnie said: "We are here today to send notice to (Prime Minister) Boris Johnson and the Tory government that we want independence in Scotland.

"We don't want to be a part of their toxic union. That is a union that's racist, divisive, reactionary. They have absolutely screwed economy over and we want to break free from this horrible marriage.

"We want a divorce from the UK and we are here to show there is a huge appetite for independence amongst the people of Scotland."

First Minister Nicola Sturgeon recently said the country will go for a public vote on independence for the second time by the end of 2023.

The Scottish Parliament has a pro-independence majority which would be enough to legislate a second referendum but a new referendum is subjected to approval from the central British government.

Johnson has constantly rejected the idea of a new referendum on Scottish independence, repeatedly saying that Scots made their choice in a 2014 referendum.

However, Sturgeon has argued that circumstances have changed with Brexit, and Scotland has been dragged from the EU against its will as 62% voted to remain part of the bloc in 2016.

The first referendum that asked Scottish voters whether they would want to break free from the U.K. was held in 2014, two years before the historic EU referendum.

The government under then-Prime Minister David Cameron pledged a better understanding for Scots from Westminster and "extensive new powers" for the Scottish Parliament.

The SNP, the party which led the independence campaign, had full confidence that the country would survive and even be better off outside the U.K., strengthened by the nation's oil fields in the North Sea, world-famous malt whiskey, textile, jet engines, and various banking and financial services.

But Scots rejected separation from the rest of the U.K., as just over 2 million votes (55.3%) were cast to remain part of the kingdom, while 1.62 million (44.7%) people voted for independence.