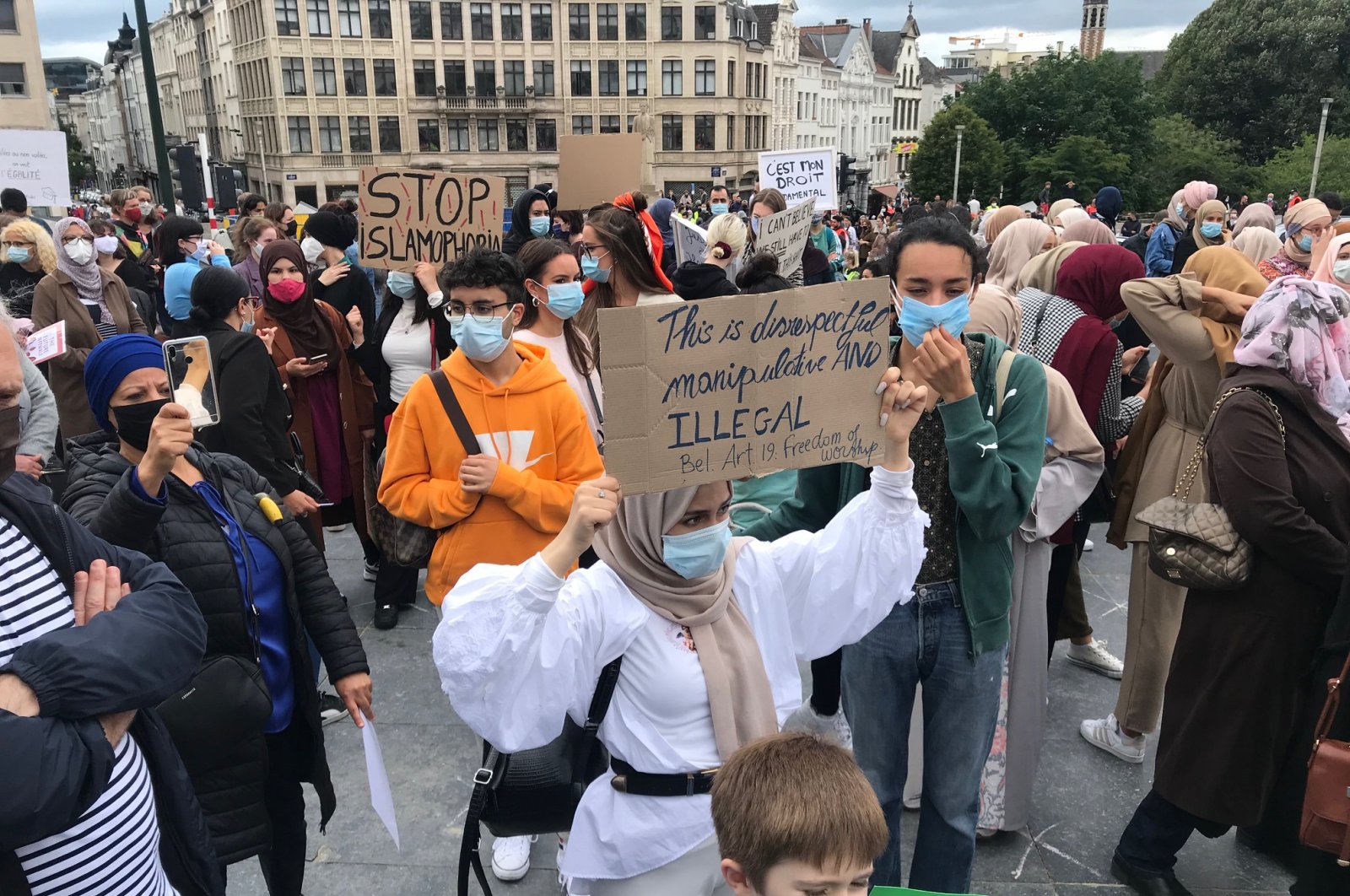 About 4,000 people gathered in Brussels on Sunday to protest against a ruling by Belgium’s Constitutional Court that a ban on headscarves in higher education is permissible.

Responding to the call of non-governmental agencies, demonstrators gathered in Mont des Arts square in the center of the capital.

The protesters carried signs bearing slogans such as “Take your hands off my headscarf,” “My right” and “Enough.”

The group read a statement drawing attention to the religiously motivated discrimination faced by Muslim women in Belgium and requesting that Muslim women’s rights be taken into consideration in the making of Belgian laws.

The Constitutional Court ruled in early June that a ban on headscarves expressing religious or political opinions would not be contrary to the constitution or the European Convention on Human Rights (ECHR).

The case was referred to the Constitutional Court by a Brussels court after Muslim students sued the Francisco Ferrer Brussels University College about a ban on all religious symbols.

The ruling sparked a backlash on social media among young people and students, with rights organizations also decrying the move as a violation of a basic human right.

Since the decision, 12 Belgian universities and colleges have assured students they will not impose such a ban, stressing that religious freedom is protected in their classrooms, according to The Brussels Times.