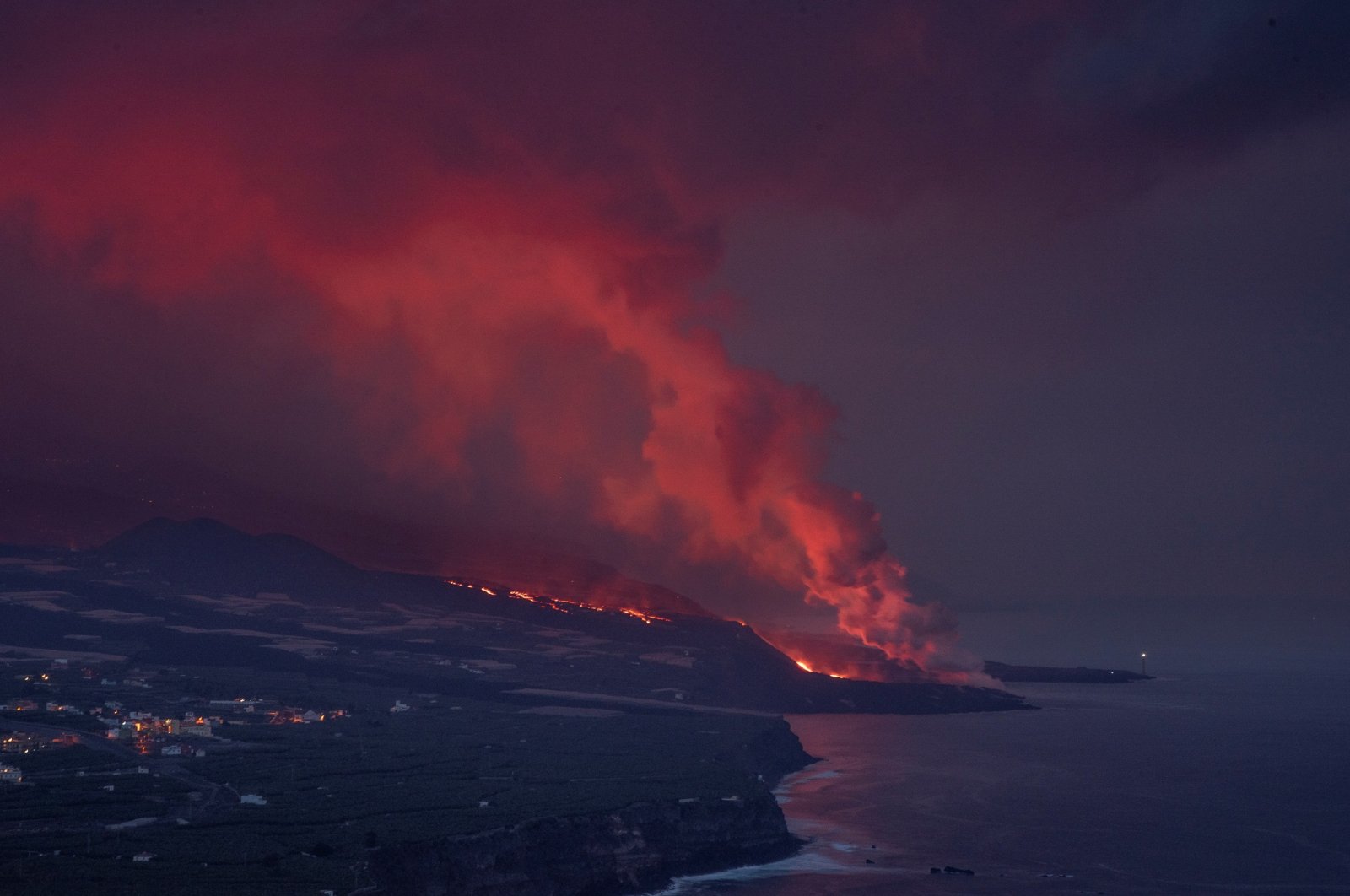 Thousands were ordered to stay indoors on Monday as lava trickling down from an erupting volcano on the Spanish island of La Palma reached the sea, sending clouds of potentially toxic smoke into the air.

The Canary Island Volcanic Emergency Plan (Pevolca) "ordered the confinement" of residents of coastal towns and villages near where the lava cascaded into the sea, sending large plumes of white smoke into the air, local emergency services said on Twitter.

The order was given due to "the possible release of gases that are harmful to health," it added.

The order affects "around 3,000" people on the island, Miguel Angel Morcuende, technical director of Pevolca, told a news conference.

This is the third time that a lava flow has reached the Atlantic Ocean since the Cumbre Vieja volcano in the south of the island erupted on Sept. 19, covering large areas with ash.

All flights to and from La Palma's airport were canceled on Monday because of the ash, the third straight day that air travel has been disrupted.

And for the first time since the eruption started, local authorities advised residents of La Palma's capital, Santa Cruz de La Palma in the east, to use high-filtration FFP2 face masks to protect themselves from emissions of sulfur dioxide.

Most of the island, which is home to around 85,000 people, is so far unaffected by the eruption.

But parts of the western side where lava flows have slowly made their way to the sea face an uncertain future.

The molten rock has covered 1,065 hectares (2,630 acres) and destroyed nearly 1,500 buildings, according to Copernicus, the European Union's satellite monitoring service.

Lava has destroyed schools, churches, health centers and irrigation infrastructure for the island's banana plantations – a key source of jobs – as well as hundreds of homes.

Provisional damage was estimated on Friday at nearly 900 million euros ($1 billion), according to the regional government.

The island of La Palma, part of the Canary Islands archipelago off northwestern Africa, is experiencing its third eruption in a century, with previous ones in 1949 and 1971.