UK approves plans to send migrant boats back to France 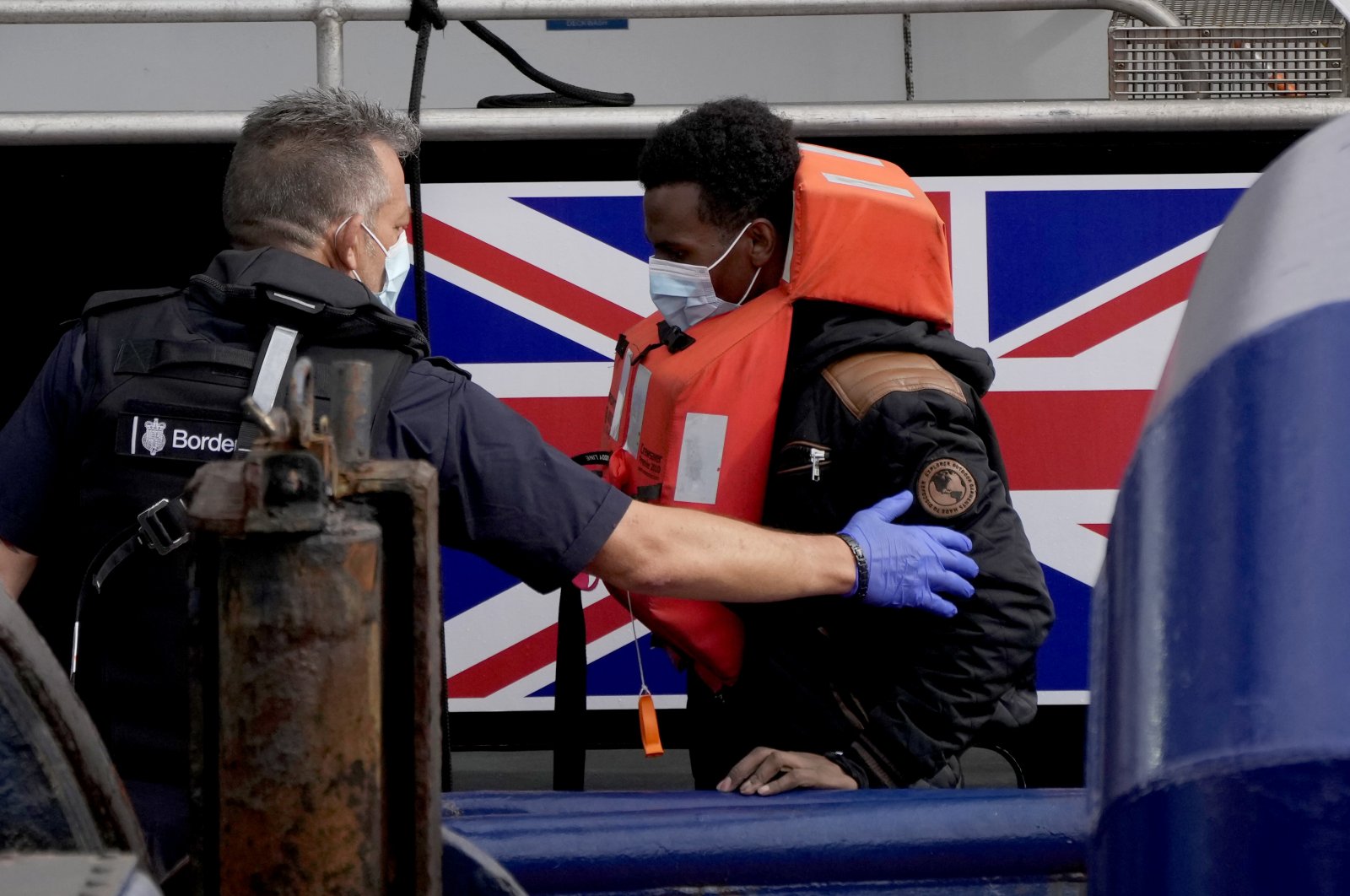 A man thought to be a migrant who made the crossing from France is disembarked after being picked up in the Channel by a British border force vessel in Dover, southeast England, Aug. 13, 2021. (AP Photo)
by reuters Sep 09, 2021 10:52 am

The United Kingdom approved plans to send migrant boats that have illegally crossed away from its shores, deepening the diplomatic rift with France over how to deal with a rise of people risking their lives by trying to cross the English Channel in small dinghies.

Hundreds of small boats have attempted the journey from France to England so far this year, across one of the world's busiest shipping lanes.

Britain's border officials will be trained to force boats away from its waters but would only deploy the new tactics when deemed safe to do so, according to a government official who asked not to be named.

Michael Ellis, Britain's acting attorney-general, will draw up a legal basis for border officials to deploy the new strategy, the official said.

The Home Office, or Interior Ministry, said: "We do not routinely comment on maritime operational activity."

In a letter leaked to British media, France's Interior Minister Gerald Darmanin said forcing boats back towards the French coast would be dangerous.

France and Britain agreed in July to deploy more police and invest in detection technology to stop Channel crossings. French police have confiscated more dinghies but they say they can only reduce the flow of departures.