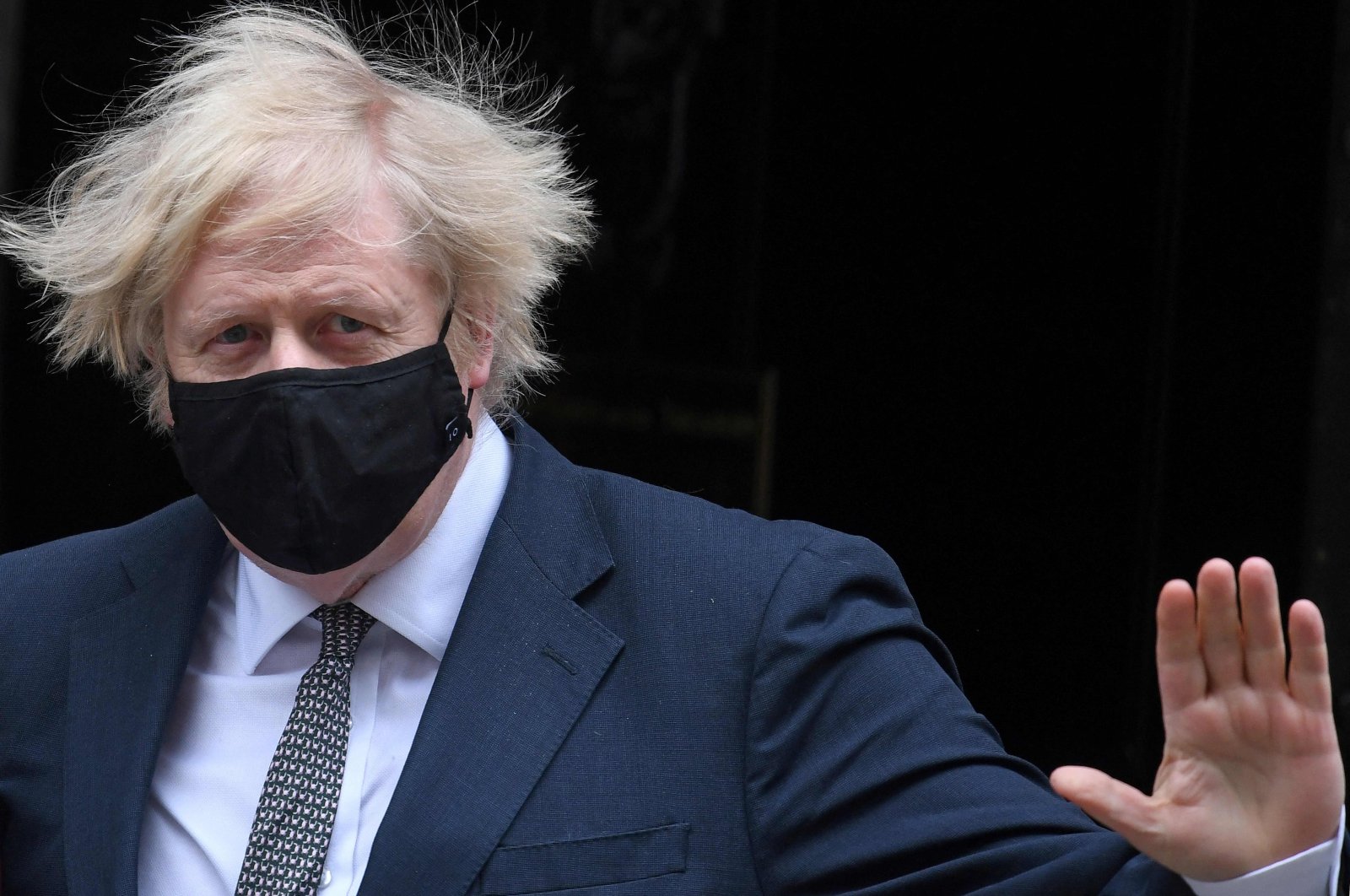 France is struggling with a third wave of cases and on Wednesday expanded virus lockdowns to three more areas including the city of Lyon.

The prevalence in France of cases of the South African and Brazilian variants, which are potentially more transmissible, has caused particular concern.

Asked by senior MPs why France was not on Britain's travel "red list," Johnson said that this was "something we will have to look at" while warning it would cause disruption, particularly to cross-Channel trade.

Travelers from red list countries cannot enter the U.K. unless they are British or Irish nationals or have residence rights, in which case they have to pay to quarantine in hotels.

Johnson acknowledged that "we have to look at the situation at the Channel," and added, "We can't rule out tougher measures and we will put them in if necessary."

Questioned on the need for tighter controls such as testing of lorry drivers arriving at Channel ports, Johnson told senior MPs that there was a need to balance the risks of "very serious disruption" to the flow of goods such as food and medicine.

When France introduced compulsory testing of lorry drivers arriving from the UK in December, it caused huge queues of lorries in southern England.

"We will take a decision, no matter how tough, to interrupt that trade, to interrupt those flows, if we think that it is necessary to protect public health and to stop new variants coming in," Johnson said, however, "It may be that we have to do that very soon."

Meanwhile, Germany's public health agency is likely to class France as a region with high COVID-19 incidence levels on Friday, according to the Frankfurter Allgemeine Zeitung daily, a move that, if confirmed by the government, could bring tighter travel regulations.

The number of virus cases per 100,000 population, the key measure used by German authorities, stands at 312 in France, significantly above Germany's 113, reported Reuters.