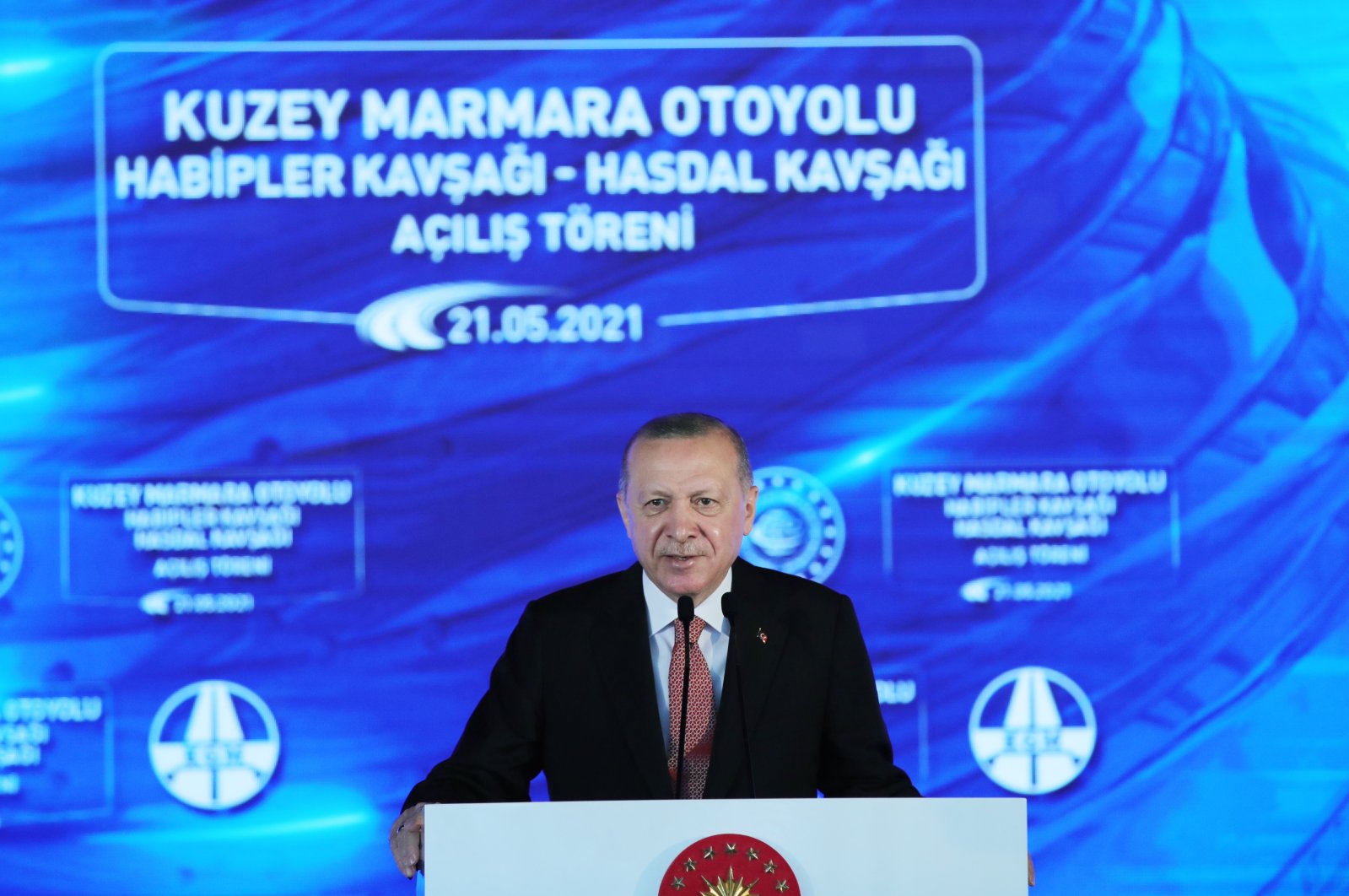 President Recep Tayyip Erdoğan speaks at the opening ceremony of the seventh and last section of the Northern Marmara Motorway, Istanbul, Turkey, May 21, 2021. (AA Photo)
by DAILY SABAH May 21, 2021 12:10 pm
RECOMMENDED

We will tell the whole world how Israel, an occupationist and terrorist state, has left Palestinians with a handful of territories since 1947, President Recep Tayyip Erdoğan said Friday.

Addressing the opening ceremony of the seventh and final section of the Northern Marmara Motorway, which will connect Turkey's Asian and European sides via Istanbul's third bridge across the Bosporus, Erdoğan said that the whole world needs to know what Israel actually is.

He underlined that the oppressed across the entire world expect Turkey to act.

Highlighting Thursday's United Nations General Assembly meeting on Palestine, Erdoğan said a "successful session" was held under the presidency of Volkan Bozkır, a Turkish diplomat, and with the attendance of Turkish Foreign Minister Mevlüt Çavuşoğlu, as well as other foreign ministers that stand together on the issue.

"They talked about how Palestine was occupied by this terror state of Israel since 1947, and was turned into a (small) piece of land today," Erdoğan said.

Israel on Thursday announced a cease-fire to end the 11-day military offensive in the Gaza Strip that left hundreds dead and caused widespread destruction.