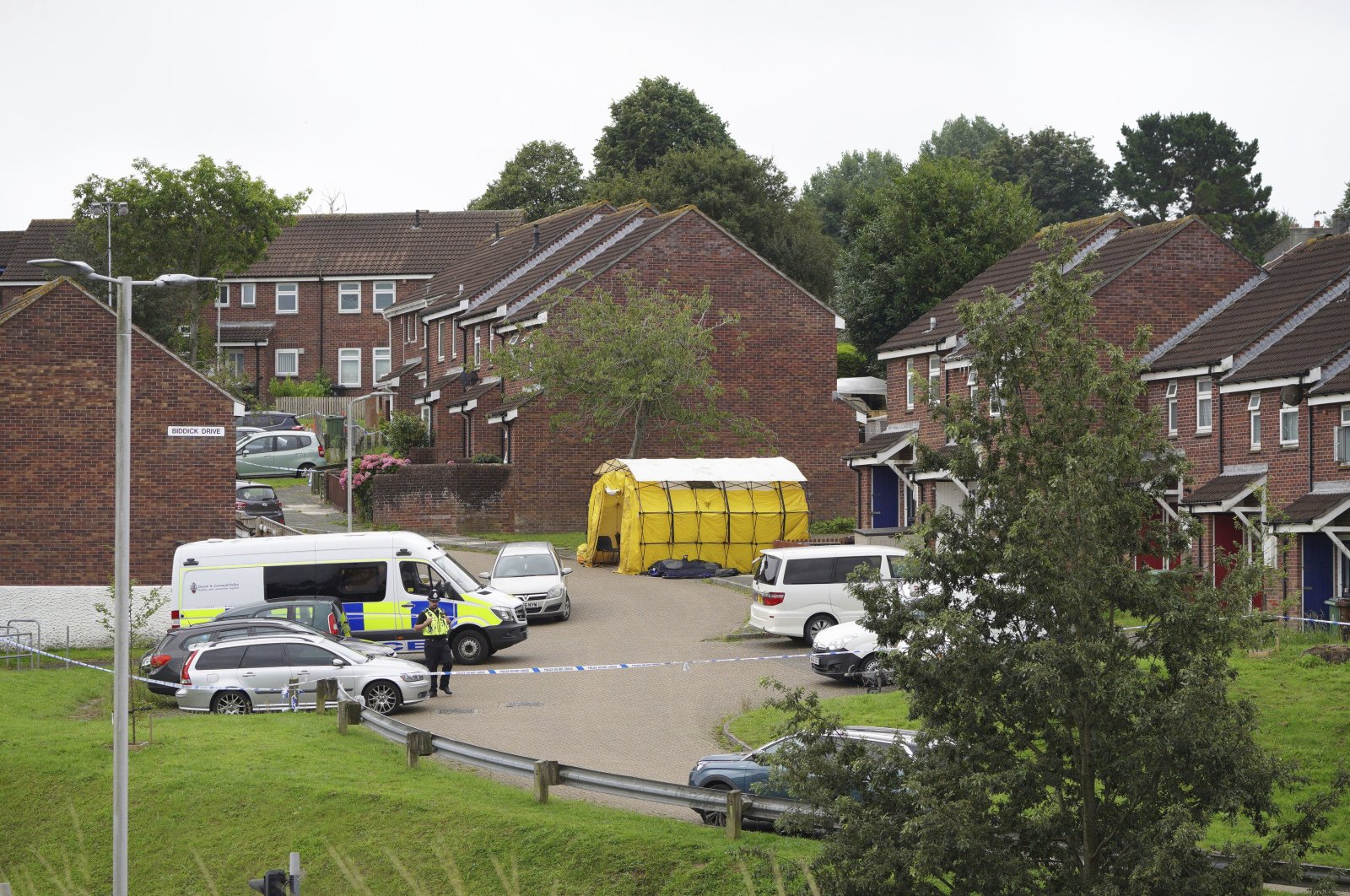 Britain's police watchdog launched an investigation into why confiscated guns and gun licenses were given back last month to a 22-year-old man who fatally shot five people in southwestern England on Thursday.

Police have said Jake Davison killed his mother and four other people, including a 3-year-old girl, before taking his own life in the port city of Plymouth. It was Britain's first mass shooting in over a decade. Firearm crimes are rare in Britain, which has strict gun control laws and regulations.

The Independent Office for Police Conduct said late Friday it would investigate the Devon and Cornwall police department's decision-making in relation to Davison's possession of a shotgun and the license. The watchdog said it was not yet known whether the shotgun returned to Davison was the same one he used in Thursday’s shootings.

Police took away the gun and the certificate in December 2020 following an allegation of assault three months earlier, the watchdog office said. They were returned to Davison last month.

“We will examine what police actions were taken and when, the rationale behind police decision-making and whether relevant law, policy and procedures were followed concerning Mr. Davison’s possession of a shotgun," the office's regional director, David Ford, said in a statement.

“The investigation will also consider whether the force had any information concerning Mr. Davison’s mental health and, if so, if this information was appropriately considered,” Ford said.

Hundreds attended a candlelit vigil in Plymouth Friday, close to where the killings took place.

Police said Friday the motive for the shootings was unclear, but there were no immediate signs they were an act of terrorism or that Davison had connections to extremist groups.

They said Davison shot and killed his 51-year-old mother, Maxine Davison, also known as Maxine Chapman, at a house before going into the street and killing 3-year-old Sophie Martyn and her father, Lee Martyn, 43.

According to the police timeline, Davison next killed Stephen Washington, 59, in a nearby park, before fatally shooting Kate Shepherd, 66, on a nearby street.

Two other people were wounded.

Shaun Sawyer, the chief constable for Devon and Cornwall police, told reporters that investigators think the crimes started as “domestically related" and "spilled into the street." He said the investigators were keeping open minds but do not think extremist ideology prompted the attack.

Davison appeared to have shown interest in “incel" – shorthand for “involuntarily celibate” – forums on social media. The “incel” movement justifies violence against women as revenge for men who are rejected as sexual partners. The online subculture has been linked to deadly attacks in California, Toronto and Florida.

Davison has posted online that while he wouldn’t describe himself as an “incel,” they are “people similar to me, they’ve had nothing but themselves, and then they’ve socially had it tough.”

In a YouTube video posted in late July, he spoke about how he was “beaten down and defeated by...life.” He spoke of struggling to stay motivated to lose weight and work out, and working as a scaffolder at ages 17-18. He talked about lacking a love life, referring to “people who are incels."

The account has been taken down and replaced with a notice saying it violated the site’s community guidelines.

The killings in Britain have raised questions about whether authorities are treating the “incel” ideology and extreme misogyny seriously enough.

Jonathan Hall, the United Kingdom government's independent reviewer of terrorism legislation, said the issue is “really whether or not the authorities want to treat the ‘incel’ phenomenon as a terrorist risk.”

“That would involve diverting resources or putting resources into it,” Hall told BBC radio on Saturday. “If we see more of these sorts of attacks, then I have got no doubt that it will be treated more seriously as terrorism."

Last year, Canada charged a suspect with “incel”-related terrorism for the first time, a Toronto teenager accused of killing a woman at a massage parlor. Police said they uncovered evidence the attack was inspired by an online community of sexually frustrated men.

The last mass shooting in the U.K. was in 2010, when taxi driver Derrick Bird killed 12 people in Cumbria, northwest England.

Guns are strictly controlled in Britain. People seeking a firearms license must be assessed by their local police force and show they have a good reason for needing to use a gun, such as their work or for sport. Civilian use of some firearms, including most handguns and semi-automatic rifles, is banned.