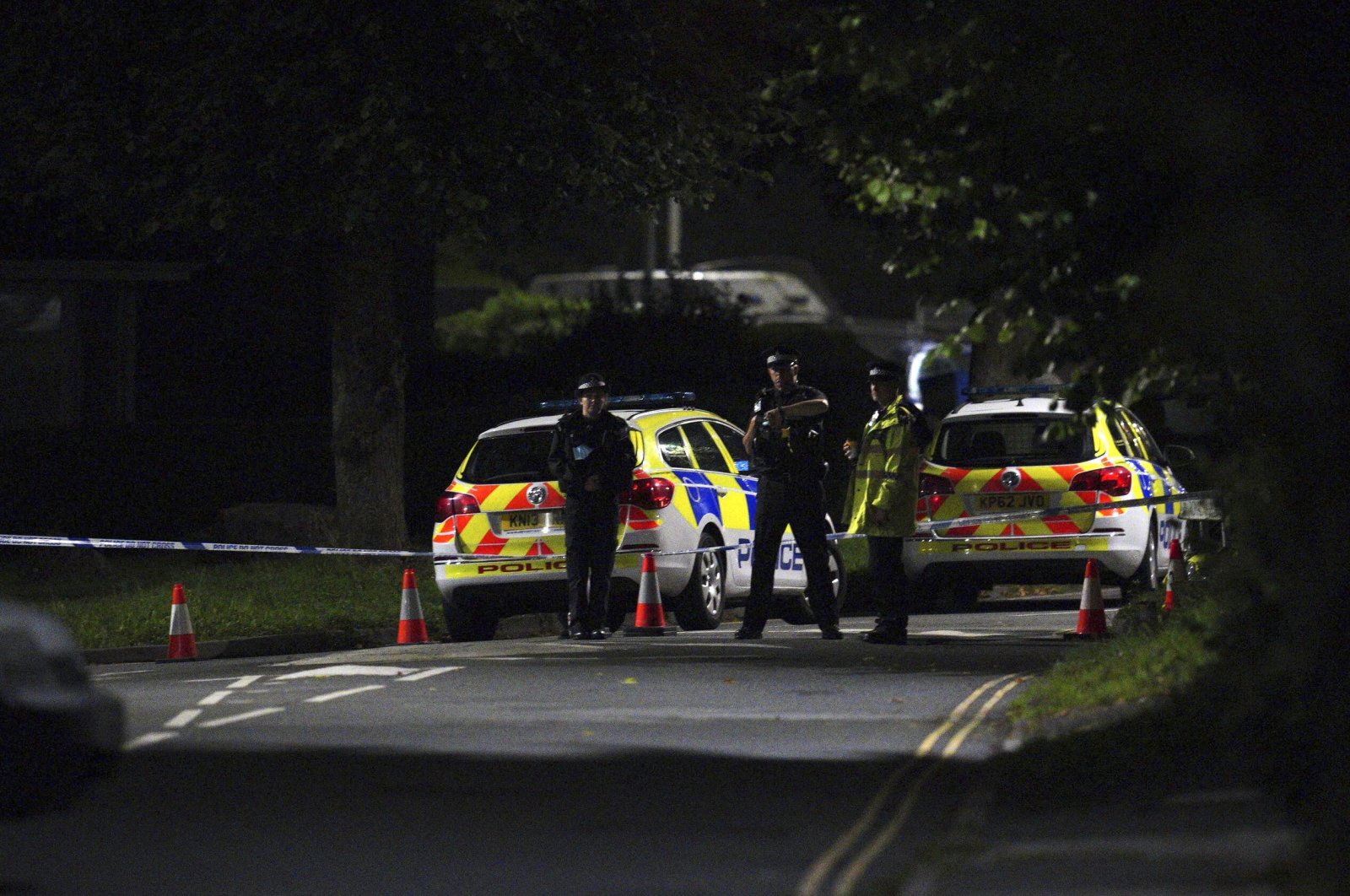 Emergency services are seen near the scene of the shooting on Biddick Drive, in the Keyham area of Plymouth, southwest England, Aug. 12, 2021. (AP Photo)
by Agencies Aug 13, 2021 9:13 am
RECOMMENDED

Police in southwest England said six people were killed, including the suspected shooter, in the city of Plymouth Thursday in a "serious firearms incident” that wasn't terrorism related.

Devon and Cornwall Police said in a statement on Twitter that several other victims were receiving treatment following the shooting. According to Reuters, a 3-year-old was among the five people killed in the worst such incident in more than a decade.

Police on Friday named the shooter as Jake Davison, a 22-year-old crane operator. He turned his gun on himself after killing the five victims on Thursday evening, the police said.

Devon and Cornwall Police Chief Constable Shaun Sawyer said police had found no motive, but they were not considering terrorism or any far-right associations, although they were trawling through Davison's computer.

"We believe we have an incident that is domestically related, that has spilled into the street and seen several people within Plymouth losing their lives in an extraordinarily tragic circumstance," Sawyer told reporters.

The shooting started at about 6 p.m. on Thursday, first killing a 51-year-old woman whom Davison knew in a house. He then ran outside and immediately shot dead the young girl in the street along with her 43-year-old male relative.

Davison shot at two other passersby who were badly injured, then entered a park and shot dead another man before killing another woman.

He then turned the gun on himself before firearms officers could tackle him. The deadly shooting spree was over in just a few minutes.

Sawyer said witnesses described the weapon as a pump-action shotgun. He could not say whether or not Davison had mental health issues. Davison had a firearms license.

In videos posted on the internet, Davison had complained of not losing his virginity as a teenager and described himself as an "incel" – or involuntary celibate. He complained in the videos of being beaten down by life, the Times reported.

Britain has suffered a number of deadly militant attacks in the past several years, but this was the worst mass killing of its kind since a taxi driver killed 12 people then shot himself in a rampage in Cumbria, northern England, in June 2010.

The deadliest mass shooting in Britain’s modern history is the 1996 massacre in Dunblane, Scotland, when a gunman killed 16 students and a teacher at the local school before killing himself.