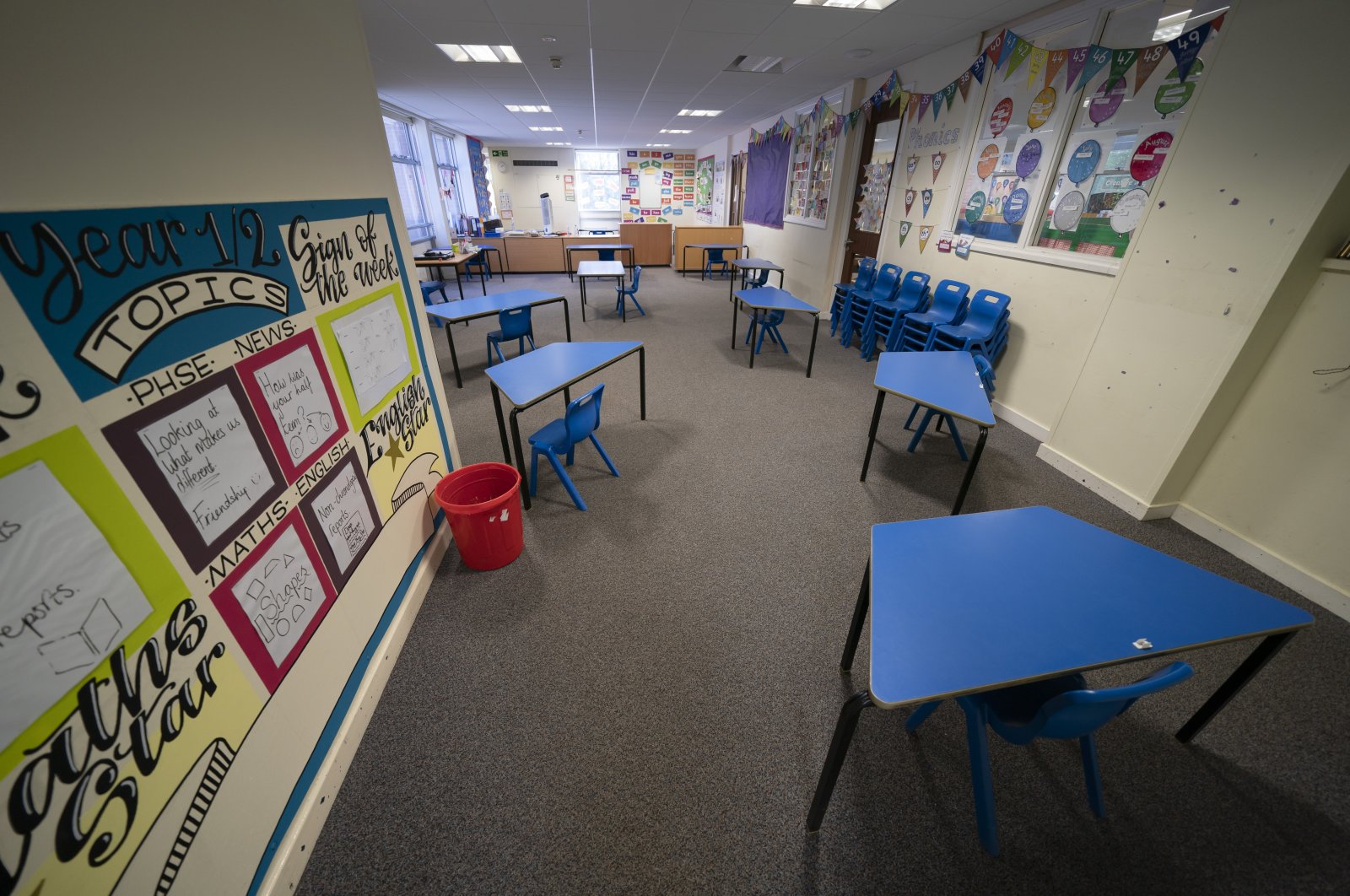 A classroom with safely spaced desks laid out before the possible reopening of Lostock Hall Primary school in Poynton near Manchester, U.K., May 20, 2020. (AP Photo)
by French Press Agency - AFP Mar 25, 2021 8:24 pm
RECOMMENDED

A state high school in northern England apologized Thursday and suspended a teacher as a chanting crowd denounced the use of an image of the Prophet Mohammed in class.

The incident happened at a school in West Yorkshire, which has a large Muslim community. Sky News said the image shown at Batley Grammar School was taken from the same series of cartoons first published in the satirical magazine Charlie Hebdo, whose Paris office was attacked in 2015 by terrorists, leaving 12 people dead.

"The member of staff has also related their most sincere apologies," he said. "It's important for children to learn about faiths and beliefs. This must be done in a respectful, sensitive way."

Around two dozen protestors had gathered outside the school gates to demand resignations following the class, which reportedly took place on Monday, according to Agence France-Presse (AFP).

The founder of a local charity called Purpose Of Life, Mohammad Sajad Hussain, said he was "deeply hurt" by the "insulting caricatures of our beloved Prophet Mohammed."

He said the charity was unwilling to continue its work with the school until the teacher was "permanently removed."

There was no immediate comment from the British government.

In 2019, Muslim parents staged protests at a primary school in the central city of Birmingham after it held lessons incorporating same-sex relationships and transgender issues.