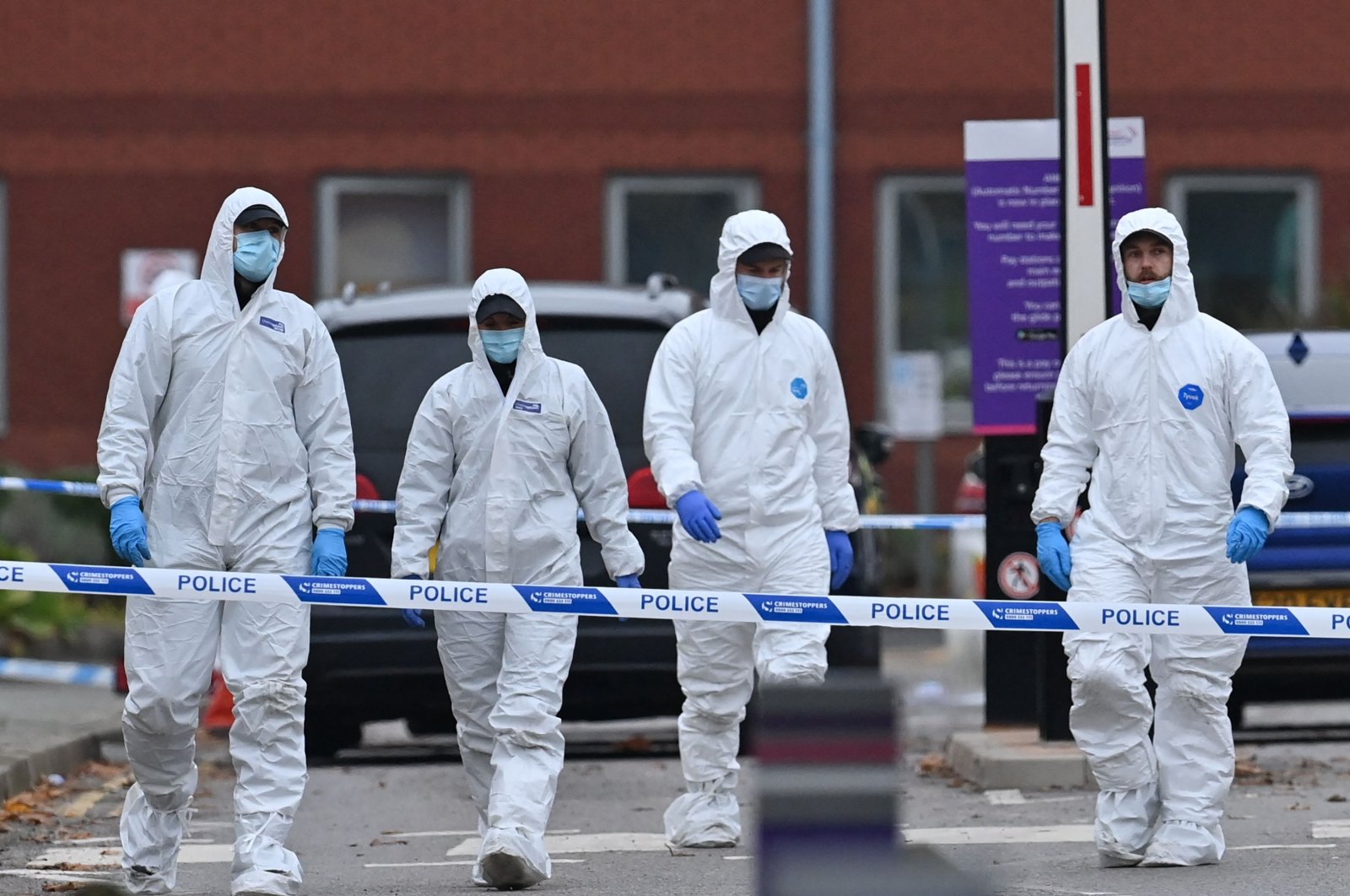 The British government on Monday raised its terror threat level from substantial to severe, meaning an attack is highly likely, in the aftermath of a taxi explosion outside a hospital in Liverpool.

Russ Jackson, the head of counterterrorism policing for northwest England, said Sunday’s explosion at Liverpool Women’s Hospital was caused by “the ignition of an explosive device” that was brought into the vehicle by a passenger. The male passenger died in the explosion and fire that followed, and the taxi driver was injured.

Police were investigating the motivation of the incident and if anyone else was involved.

Home Secretary Priti Patel told reporters that the threat level increase came in the context of being the second terrorist incident in the space of a month. She did not elaborate.

“Our security and intelligence services prevent all sorts of acts, day in, day out,’’ Patel said. “And of course, they understand the landscape, they see context, they see all sorts of things that keep our country safe and secure every single day and that work will continue.”

Three men in their 20s were arrested elsewhere in the city under the Terrorism Act on Sunday, and a fourth was detained on Monday. All are believed to be “associates” of the dead passenger, police said.

British Prime Minister Boris Johnson was due to chair a meeting of the government’s COBRA crisis committee on Monday in response to the blast.

Suspicions about a motive for the explosion have been aroused by the timing – just before 11 a.m. on Remembrance Sunday, the moment people across Britain hold services in memory of those killed in wars.

Jackson said investigators had not found a link to remembrance events, “but it is a line of inquiry we are pursuing.”

“Although the motivation for this incident is yet to be understood, given all the circumstances, it has been declared a terrorist incident," he said at a press briefing.

He said the passenger had been picked up by the cab a 10-minute drive away and asked to be taken to the hospital, where the explosion occurred. The driver, named locally as David Perry, managed to escape from the car. He was treated in hospital and released.

Police said officers had searched two addresses in the city linked to the passenger, and found “significant items” at one of them.

Liverpool Mayor Joanne Anderson said the taxi driver locked the doors of his cab so the passenger couldn’t leave. Police did not confirm that account.

“The taxi driver, in his heroic efforts, has managed to divert what could have been an absolutely awful disaster at the hospital,” Anderson told the BBC.

The prime minister also said the driver appeared to have behaved “with incredible presence of mind and bravery.”

Nick Aldworth, a former senior terrorism investigator in Britain, said the taxi appeared to have sustained “a lot of fire damage with very little blast damage.”

He said that “whatever was in that vehicle was either a low yield or didn’t work properly, or possibly an incendiary. So I think it’s very much open to debate at the moment about what has happened.”

Until Monday's announcement Britain’s official threat level from terrorism was “substantial," the middle rung on a five-point scale, meaning an attack is likely. The Joint Terrorism Analysis Centre sets the threat level based on intelligence about international terrorism at home and overseas.