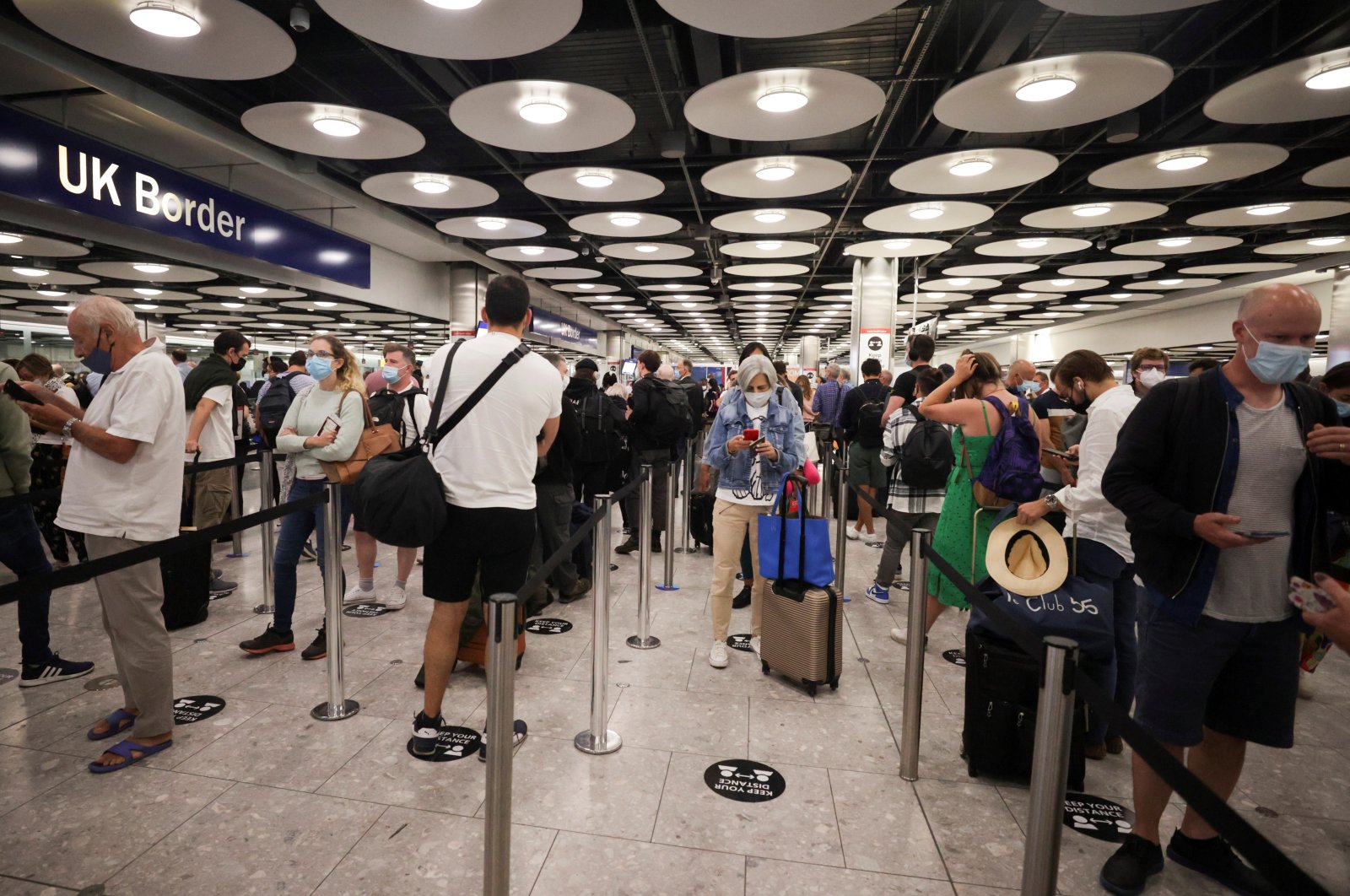 Starting next week, the United Kingdom scraps quarantine for fully vaccinated visitors from the European Union and the United States, in a huge and long-awaited boost for airlines and travel companies.

Britain's travel industry has criticized the government for being too slow to open up, saying it has squandered its lead in the global vaccine rollout and given the EU a headstart in attracting tourists.

Now, from Aug. 2, travelers with U.S. and EU-approved vaccines will not have to quarantine. Lifting the same requirement for fully vaccinated Britons returning from medium-risk countries in July helped to kickstart a travel recovery.

The new rule applies to England, and devolved administrations in Scotland and Wales said they would follow suit. The U.K. government said international cruise sailings could also restart from England.

Airlines, such as British Airways, and Britain's biggest airport Heathrow, weighed down by cumulative pandemic losses of $4 billion, welcomed the move but said more was needed if the industry was to recover from the collapse in demand.

Top of the list is a reopening of the U.K.-U.S. travel corridor which is still affected by a ban on all non-U.S. citizens who have been in Britain.

Travelers also still have to take an expensive COVID-19 test before departure and shortly after arrival in England.

"This step will allow us to reunite loved ones and get Global Britain back in business, giving the economy the vital boost it so badly needs," he said in a statement.

Changing the quarantine rules for the United States and EU will ease access to some of Britain's biggest markets for visitor volumes. It will also help companies drum up business after the severe financial strain of 16 months of pandemic-linked restrictions.

In response to the announcement, United Airlines said it would lay on extra flights to London.

Shares in British Airways were up 3% while easyJet rose 4% and Wizz Air jumped 7%. Airlines make nearly all their profits during the summer season and easyJet had said this month that it was directing more flights to Europe where there is more demand.

"It's the right thing, it should be done, but like I said it is little bit too late," easyJet CEO Johan Lundgren told LBC.

The U.K. government has said it was keeping quarantine rules for travelers from France because of the presence of the beta variant there, but French officials say the bulk of cases comes from the overseas island of La Reunion in the Indian Ocean.

Britain will review the status of travelers from France at the end of next week. French officials have complained about British travel restrictions for France since a last-minute decision to keep them beyond July 19.

"Quarantine for the fully vaccinated from Lille but not Brussels; Paris but not Miami; Annecy but not Geneva; Montpellier but not Barcelona," Alexandre Holroyd, whose constituents include French people living in Britain said on Twitter.

"Vaccines work: give those who are protected against #covid their freedom back."