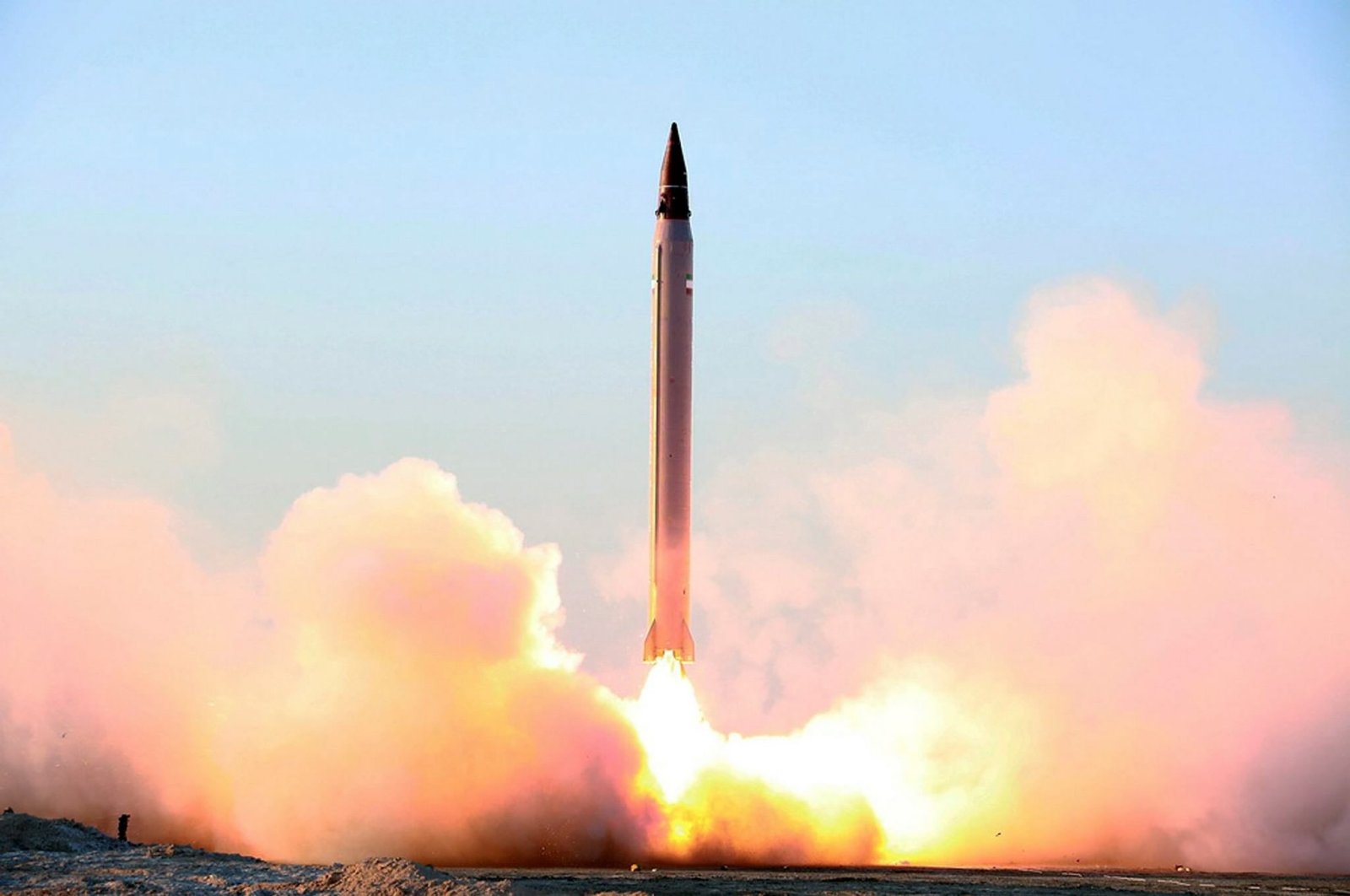 This file photo released by the official website of the Iranian Defense Ministry claims to show the launching of an Emad long-range ballistic surface-to-surface missile in an undisclosed location, Oct. 11, 2015
by REUTERS Mar 16, 2021 6:57 pm
RECOMMENDED

British Prime Minister Boris Johnson on Tuesday announced that the country will expand its nuclear warhead stockpile by over 40% to assure the nation's safety in a more risky global environment as it faces disruptive technological threats.

The country had previously been reducing its nuclear weapons stockpile, and in 2010, the government set a cap of 180 warheads for the mid-2020 period. Johnson scrapped the earlier limit and said the number would now rise to a maximum of 260.

In its security and defense review, Britain said it faced risks from nuclear-armed states, emerging nuclear states and state-sponsored nuclear terrorism, and its nuclear deterrent was needed to guarantee its security and that of its allies.

"Some states are now significantly increasing and diversifying their nuclear arsenals," the government said. "The increase in global competition, challenges to the international order, and proliferation of potentially disruptive technologies all pose a threat to strategic stability."

The move was criticized by The Elders, a group of former global policymakers who campaign for peace.

"While the UK cites increased security threats as justification for this move, the appropriate response to these challenges should be to work multilaterally to strengthen international arms control agreements and to reduce – not increase – the number of nuclear weapons in existence," said Mary Robinson, chair of the group.

Britain also said it planned to replace its current nuclear warhead with a new one which would be able to operate throughout the lifespan of four new submarines being built and due to enter service in the early 2030s.

It will work with the United States to ensure the new warhead remains Trident-compatible. Thousands gathered to protest the U.K.'s Trident nuclear weapons system in London 2016.

With its current submarines, Britain said it would stick to its existing policy of always having one submarine of its four nuclear deterrent submarines on continuous patrol.